Pence says he won’t implement the 25th amendment, setting the stage for impeachment 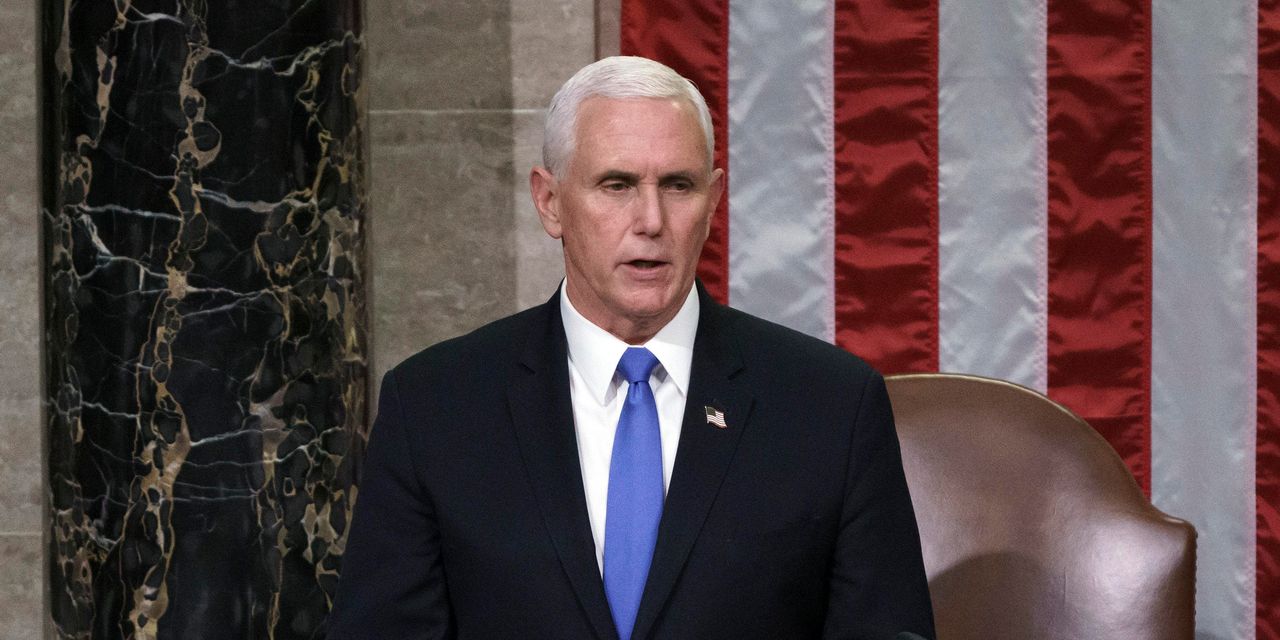 WASHINGTON – Vice President Mike Pence rejected a push by Democrats to implement the 25th Amendment to remove President Trump from office over his role in the Capitol riot, impeaching the president during his final week in office on Wednesday. With the vote this time, the support of some Republicans.

Mr. Pence, in a letter to House Speaker Nancy Pelosi (D, California), said late Tuesday that implementing the amendment would set a “terrible precedent” and that Democrats’ efforts would boost political games. He also urged MPs to refrain from “doing tasks that would trigger the division in the future”.

The president said in his first public appearance since the riot last week that he had done nothing wrong and supporters had no regrets about his remarks in which he urged them to march on Congress. He called his efforts to remove her from office a victim of a Democratic witch.

Just hours after Mr. Pence sent his letter, the House Democrats passed a 223-205 resolution stating that a majority of Mr. Pence and the cabinet invited the 25th amendment. A Republican joined with a Democratic majority. The amendment can be implemented if the president is “unable to discharge the powers and duties of his office”. The Vice President has denied such a move, with Democrats united on Wednesday around the impeachment vote.

Other Republicans broke up as soon as Mr. Pence got stuck by Mr. Trump. House GOP Conference President Liz Cheney (R., Wyo.) Said on Tuesday that she would vote to impeach Mr. Trump, the first member of the GOP leadership to take on Trump. Mr. Trump said, “Called this mob, gathered the crowd, and lit the flame of this attack,” Ms. Cheney said. “Everything I was doing after that.”