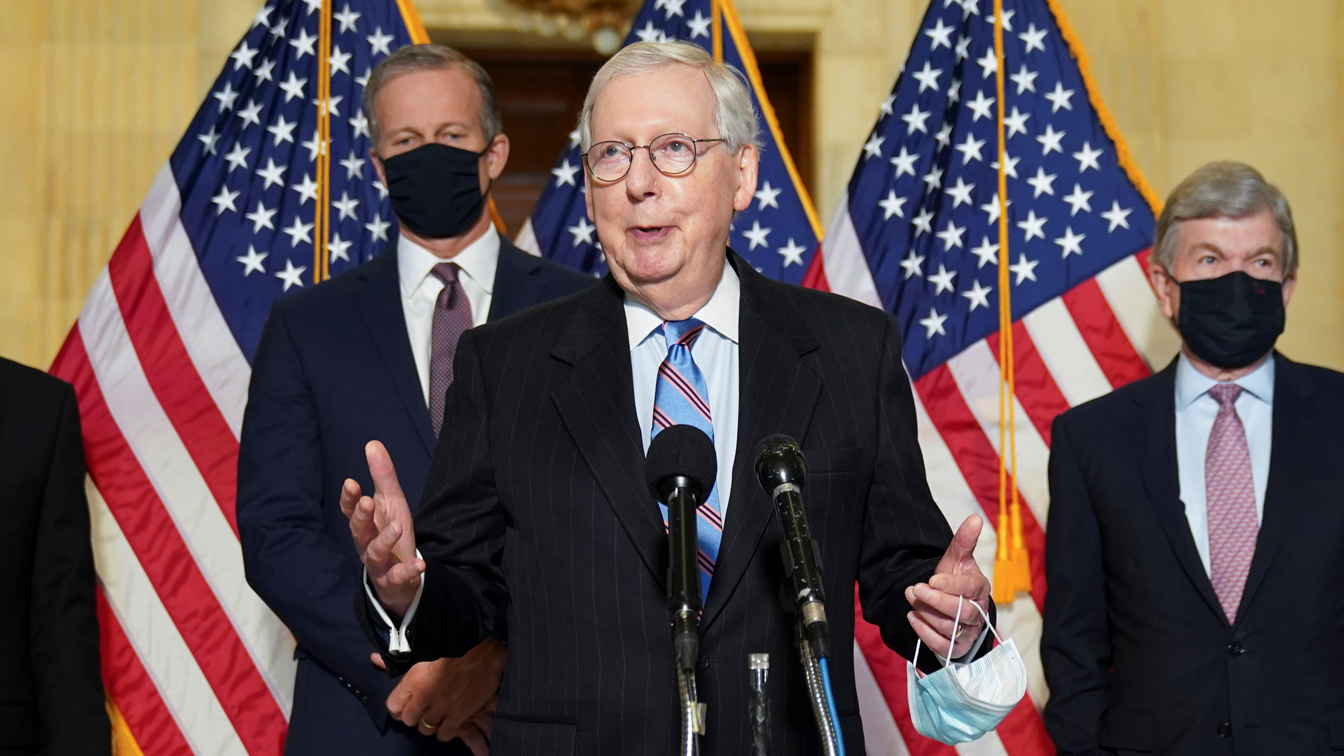 WASHINGTON – Senate Republican Minority Leader Mitch McConnell said he is concerned that House Democratic Speaker Nancy Pelosi’s plan to establish a commission to investigate the attack on the U.S. Capitol may be too “partisan”.

Speaking to the Senate floor Wednesday afternoon, McConnell noted that Pelosi’s proposal was criticized by the leaders of the bipartisan 9/11 Commission which was allegedly inspired because it would include seven Democratic-appointed and four Republican-appointed members. .

McConnell began by saying that he had spoken out against the January 6 assault when supporters of then-President Donald Trump stormed the Capitol in an effort to block the certification of President Biden’s election victory. He went on to say that he has supported prosecutions of those involved and a “thorough review of the specific institutions and security procedures within Congress that proved so insufficient.”

However, he argued that Pelosi’s proposal is the wrong way forward.

“The Speaker of the House proposes even more investigation through a new commission. She cites 9/11 Commission precedent, but her bill doesn’t fit that precedent in key ways, “McConnell said. “The 9/11 Commission was intentionally built to be bipartisan. The bipartisan 50-50 split … helped make the investigation effective and helped build confidence across the country in its work and recommendations. “

McConnell called Pelosi’s proposal “partisan by design.” In addition to including a Democratic-appointed majority, he said, the speaker’s plan “would give the power of subpoena to a person appointed by the Democrats.” McConnell’s criticism went beyond the composition of the proposed panel. He also suggested that his review should not go beyond the security flaws that allowed rioters to enter the Capitol. Five deaths have been linked to the violence, including that of a Capitol police officer trying to contain the crowd.

“The speaker’s proposal envisions more than just an investigation into specific security breaches that occurred here on Capitol Hill,” McConnell said. “It sets the stage for a somewhat broader investigation into domestic violent extremism beyond that day.”

This distinction is remarkable. Some Democrats have previously expressed concern that the Trump administration downplayed the threat of far-right, white supremacist terrorism. Democratic lawmakers who have launched an investigation into the Capitol riots also accused Trump of inciting violence on Jan.6 and raised questions about the conduct of some Republican lawmakers that took place around the Black Lives Matter protests on January 6. last summer and suggested that a more extensive investigation be carried out. I need to touch that too. Trump spoke at a rally on the National Mall just before the attack, where he encouraged the crowd to march toward the Capitol. More limited research would not touch on these areas. McConnell alluded to the violence and riots.

“If this new commission goes beyond a specific, post-action analysis of security breaches here in the Capitol complex, if Congress is going to attempt a broader analysis of toxic political violence across the country, then In that case, we cannot have an artificial selection of what terrible behavior does and what terrible behavior does not deserve scrutiny, ”McConnell said. “We could do something narrow that looks at the Capitol or we could do something broader to look at the full scope of political violence here in our country. We cannot land at an artificial political middle ground ”.

McConnell’s office did not respond to questions about whether he was suggesting that any commission would need to look at past cases of violence related to Black Lives Matter and anti-fascist demonstrations.

While Democrats on Capitol Hill have pushed for a commission to investigate the attack, President Biden has given wide scope to the issue while focusing on unity in the post-Trump era. The White House did not respond to a request for comment on McConnell’s concerns.

McConnell’s comments followed a report in Playbook that quoted the leaders of the 9/11 Commission criticizing Pelosi’s proposal. That report noted that his proposal was only a “discussion draft.” Pelosi’s office did not respond to a request for comment on McConnell’s comments.