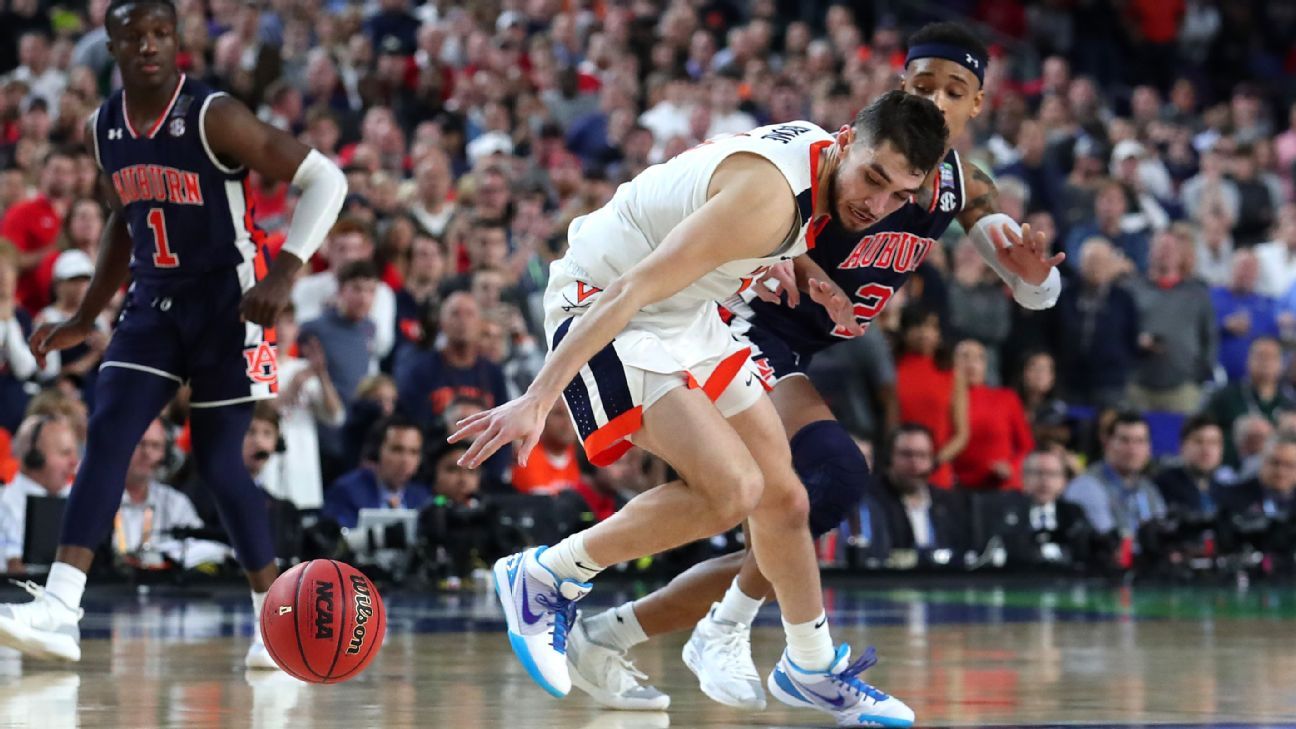 Auburn coach Bruce Pearl is not thinking about the missed call in a possible double dribble by Virginia's Ty Jerome, who could have helped his team advance to the national title game.

Pearl said Monday on ESPN's Get Up! That human error is part of the game and he is proud of how his players handled a crushing defeat on Saturday.

"The biggest point I want to make, and I am honest in this, I do not say it just because it is politically what has to be said There is a human error involved in the game Children make mistakes, coaches make mistakes Yes, officials They will make mistakes, that's part of the game.

The missed call came with Auburn in the lead by two points when Jerome dribbled behind his back and the ball hit the back of his right foot. Jerome then picked up the ball and went back to dribbling. The infraction was out of place, and Bryce Brown committed a foul on Jerome to force a play within limits with 1.5 seconds left.

If the double dribble had been called, it would probably have led Auburn to win the game. Instead, Virginia won the game 63-62 when Kyle Love made three free throws with 0.6 seconds remaining after Samir Doughty fouled in a 3-point attempt. Brown and Doughty said they did not agree with the call after the game.

J.D. Collins, the national coordinator of NCAA officials, issued a statement in which he explained that the foul was sanctioned because Doughty "moved towards the aerial shooter, making contact with Guy while removing his landing spot."

Collins declined to comment on the possible double dribble.