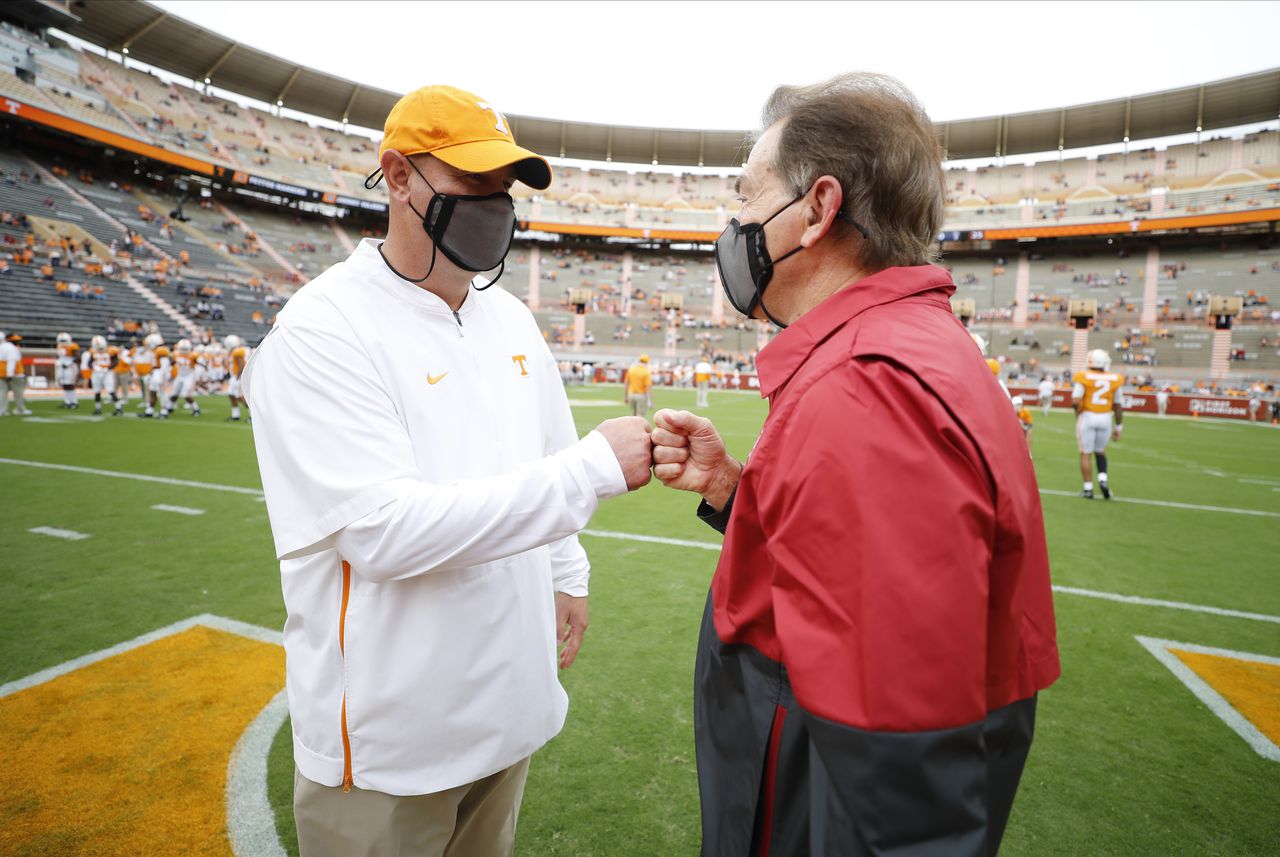 During an appearance on “The Roundtable” on 94.5 FM in Birmingham, the SEC Network analyst was asked about clarifications on Pruwitt’s rivalry and how far the two programs are.

“I hate being involved in other people’s personal health, but I would strongly advise Jeremy Pruitt to make an appointment with an eye doctor this morning if he thinks so,” Finebum said. “It’s the same Tennessee game I’ve seen for about 12 or 13 years now. Every once in a while it gets a little closer, we all know when, but this game looks like the game of last year, the year before, the year before and the year before. I think it’s very pathetic when the best you can offer your fan base is when your head is knocking for four hours. But hey, give it another boost.

Tennessee went 48-17 at home to No. 2 Alabama on Saturday, marking the 14th straight game in which the Crimson Tide defeated the Vols.

With that reference, Pruitt was asked if the difference between the two programs should be so large.

Here is his response:

“As a fan and as a coach, it shouldn’t be. I promise you I don’t want it that way. For us to defeat these people today, we really needed to play clean football and we should have some things to go. This is the truth of the matter. I think when you look at your team there is a big indication of the level of talent and see who gets drafted. We have a lot of youngsters in our team and we have included some older people in our team who are constantly getting better. We have to execute on both sides of the ball at a high level to give ourselves a chance. The last half-time of this season will be a great opportunity to see that we are doing this with these people as far as we are doing. “

Mack Jones threw for 387 yards and ran for a touchdown, and Nazi Harris ran for three more TDs as No. 2 Alabama – a three-score favorite – dominated the game.

The Crimson Tide (5–0) trailed Tennessee 587–302 in a game that saw the reserve hit the ground in the second half.