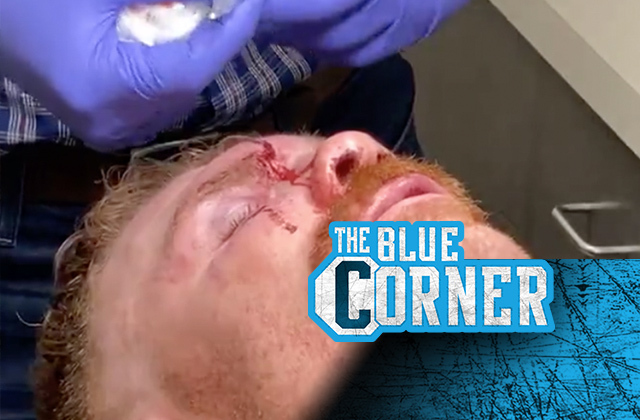 Make no mistake about it: Paul Felder had one of those Saturday nights that proved that a fighter can win even when his opponent is the one who raises his hand.

But Felder made a valiant effort in defeat, forcing the bout to earn “Knight of Fight” honors. Then he goes out and will put you in one of the ugliest MMA interviews with Michael Bisping during the ESPN + Post-Fight Show.

This is already the type of thing that will increase your stock with your fans. Then, later in the night, footage of Felder being stitched appeared on Instagram. About 37 minutes, actually.

Some of this footage is not for Squish. But if you don’t mind a medical procedure point of view, Felder is in a remarkably chained mood for what he’s doing, and offers the same honest insight into his own performance that he would have given others. Is when he is working as a UFC color commentator.

“You forget about money while you’re there,” Felder says at one point. “You’re not thinking about money when he’s hitting me in my ribs … and the coaches are yelling at you, ‘This is your cage, and you’re thinking,’ Is this it? I’m very Is hitting hard. ”

You can watch the full video courtesy of Butcher Punch Entertainment below, Brian Butler:

Blue Corner is the blog space of MMA Junkie. We do not take it seriously, nor should you. If you complain to us that something you read here is not hard-hitting news, expect the previous sentence to be repeated in ALL CAPS.