Pappy prints and wall illusions found in a 1,500-year-old house in Turkey 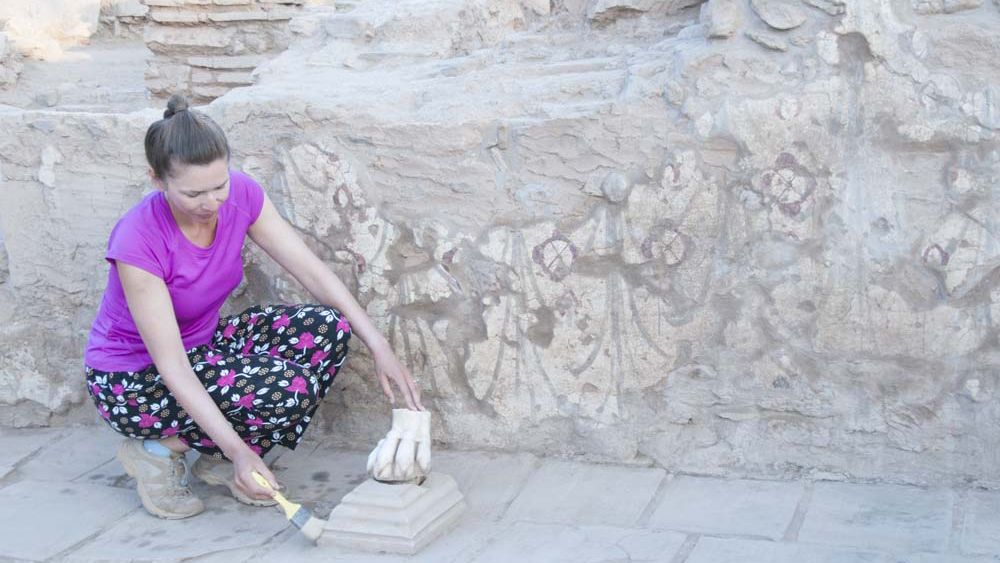 Archaeologists have discovered a 1,500-year-old fantasy-looking house in Turkey, decorated with graffiti paintings and terracotta tiles on the floor with puppy prints and possible chicken decorations pressed into them.

Researchers said that this house could be used by people associated with the army.

“Tiles have preserved puppy claw marks and in a rare case the print of a goat’s hoof”, said Galart Marqués, a former curatorial at the Harvard Art Museum. Archaeological Institute of America (AIA) and Society for Classical Studies (SCS).

Researchers said the animals walked on the tiles while they were drying before firing. There may also be chickens or ducks on the floor tiles, which indicate; “These were fingered before the tiles were removed,” Gellert Marquess said.

If the floor tiles were visible, and not covered with carpet, claw marks and possible chicken decorations would have gone well with the “imaginary” style of home wall paintings, researchers told Live Science. Wall paintings are depicted on Vanessa Russo, plaster and mimic draped curtains and polychrome marble, Vanessa Russo, an assistant professor of art history at St. Thomas University in St. Paul, Minnesota.

The colors and illusions in the paintings combined with the possible chicken decoration on the floor as well as the light coming in through the windows may have created a great look. Rusev said during his presentation, “It is conceivable that it is surrounded by some real circles of colorful marble and drapery”.

While paintings and puppy prints may be fickle, the five Longwords found in the house raise the question of whether the inhabitants were involved in the war. Longwords are “spathe”, the straight swords used by the ancient Romans that usually had lengths greater than 20 inches (50 centimeters).

Only three other swords of any kind have been found in the excavated portions of the Sardis, the discovery of five longwords in this one house is notable, researchers told Live Science. In addition to the longwords, archaeologists also found buckles with designs that suggested they were worn by members of the military, and a lead seal that could be used to seal official documents. Researchers said these reveal that with the central location of the house in Sardis, the occupants were part of the city’s military or civil authority.

The house was used for more than 200 years before the earthquake in the early seventh century. The excavations are being conducted with the permission of the Turkish government by the Sardis Expedition of Harvard University, and directed by Professor Nicholas Cahill of the University of Wisconsin-Madison.