Panama: Large-scale graves were opened in the area associated with the religious sect 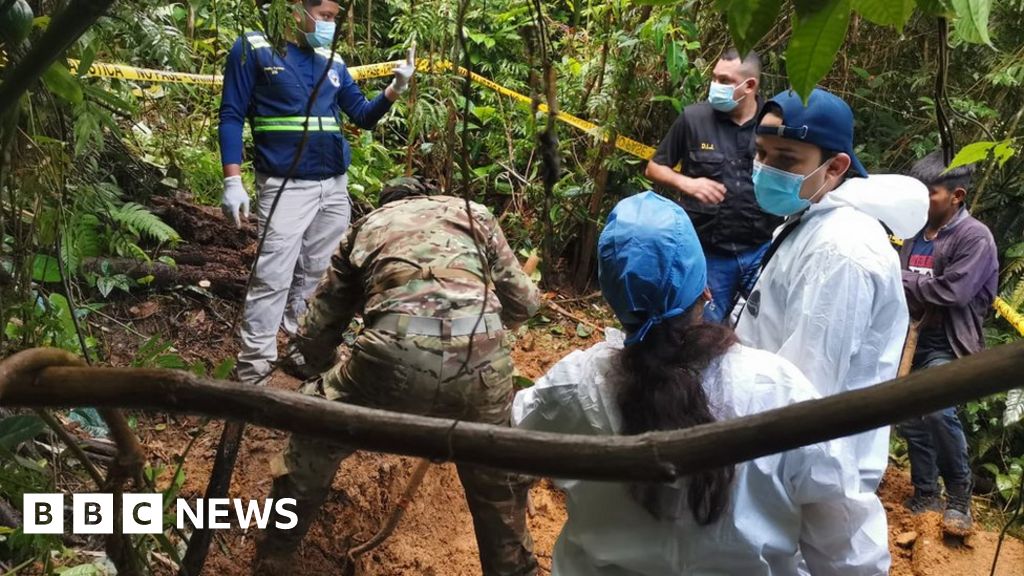 Police in Panama say they are investigating a mass grave, which they believe contains the remains of people killed by a religious sect.

Investigators are monitoring the removal of skeletal remains from the site in the remote northwestern indigenous Ngbe-Buglé region.

A grave containing seven bodies was found nearby.

The victims were linked to a religious sect believed to have performed violently.

Government lawyer Ezell Tugri said investigators had to hike for 10 hours through the mountains to reach the mass grave, which is close to a river in the northern area of ​​the Ngabe Bugle region.

“At this time it is not possible to determine the sex or number of people [found in the grave], “He told local media.

All the remains were sent to a morgue in Chiriqui province, where forensic investigations would be conducted, the public prosecutor’s office said in a statement (in Spanish).

Earlier this week, police arrested the alleged leader of the January New Light of God sect in connection with the search for a mass grave.

Government attorneys said the grave – which contained the remains of a pregnant woman, her five children and a teenager – was discovered after three villagers caught by the sect fled and fled to a hospital, prosecutors said.

Police then raided the community and said they found a naked woman, matches, knives and a sacrificed goat inside a church church. He said that the sect was attacking local villagers with violent demonstrations with beatings and torture.

Fifteen people being held by the religious group were freed.