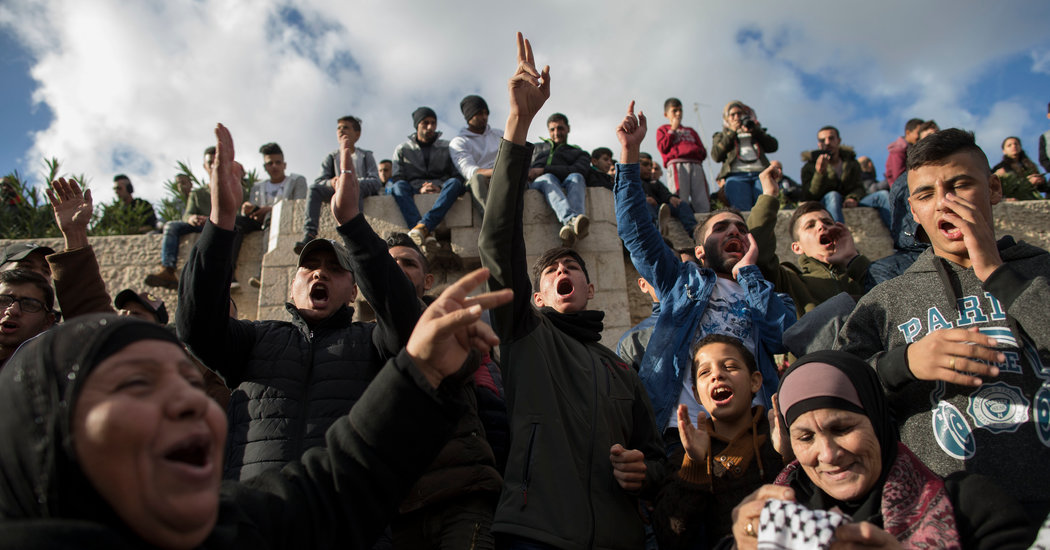 Mr. Hamdallah told reporters in Gaza that his side was dedicated to reconciliation, "but if we fail, we will rise again to face together the biggest challenge: the Israeli occupation."

There were few visible signs of celebration among the Israelis; for many, Mr. Trump had only affirmed a long-standing reality.

Prime Minister Benjamin Netanyahu praised Washington's announcement. "President Trump has been inscribed in the annals of our capital forever," he said at a conference at Israel's Foreign Ministry. "His name will now be linked to the names of others in the context of the glorious history of Jerusalem and our people."

Mr. Netanyahu said that Israel was in contact with other countries to persuade them to recognize Jerusalem as the capital of Israel, as well. "It's about time," he said.

In Gaza, Salwa Helis, 32, took a group of orphans that she teaches to the demonstration in the park of the city of Gaza, where they held Palestinian flags and banners in the context of a large poster of Jerusalem , a city that is beyond the reach of most of the inhabitants of Gaza.

"I can not take a gun to shoot or fire rockets at the Israelis," he said. "That's why I'm here protesting against the Trump resolution by shouting slogans of solidarity for Jerusalem as the eternal capital of Palestine."

In the Jabaliya refugee camp north of Gaza City, Rwaida Abuatia, 55, was inciting protesters. "There should be no rockets underground," he said, referring to the underground reserves. "Everyone should be launched against Israel"