Pakistani man shot and killed in court on trial for blasphemy 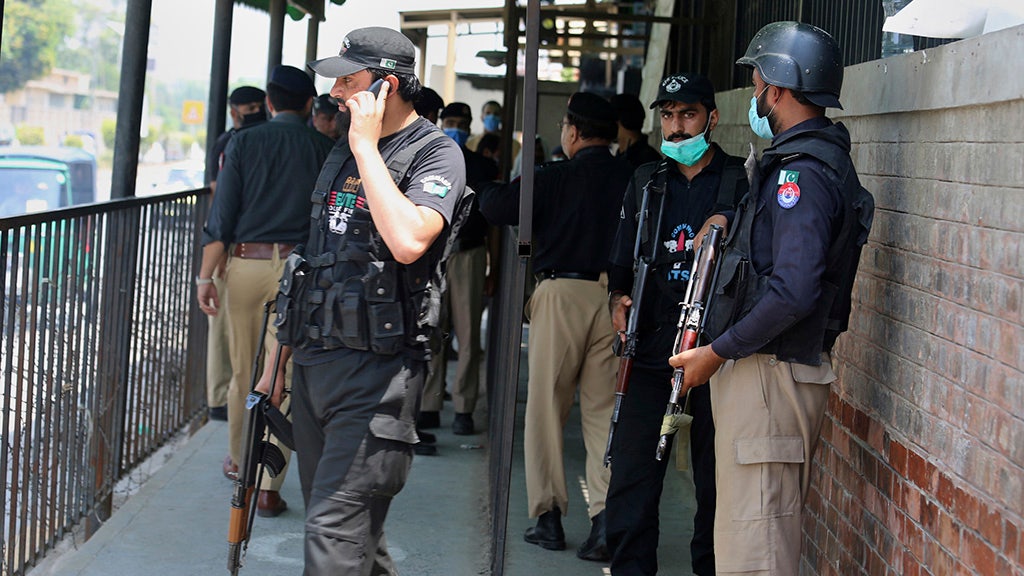 A Pakistani man who was on trial on charges of blasphemy after claiming to commit blasphemy was shot in a court room in the northern city of Peshawar on Wednesday.

Tahir Ahmad Nasim was killed by a man who said he was “an enemy of Islam” before opening fire.

In Pakistan, capital punishment is considered blasphemous, although no one has been hanged for it. However, accusations of blasphemy often led to violent attacks.

Police officers gathered at an entrance of the district court in Peshawar, Pakistan on Wednesday, July 29, 2020, after the murder of Tahir Ahmad Nasim, accused of insulting Islam. (AP Photo / Muhammad Sajjad)

A video shared on the social media of the brutal scene showed that Naseem’s body was found lying on the court seats.

The killer of Nasim has been identified only as Khalid. It was not clear how Khalid brought the loaded gun to court.

Naseem was previously accused of blasphemy by a teenager named Awais Malik.

Naseem and Malik struck up an online friendship while Naseem was in the US. Malik told the BBC that he and Naseem met a person at a shopping mall in Pakistan to discuss their views about religion. Negotiations were dangerous enough for Malik to go to the authorities and open a case against Naseem.

Nasim was born into the Ahmadi sect, but left it and then claimed himself to be a prophet.

Ahmadis are a persecuted minority in Pakistan and have fallen victim to violations of the country’s law. According to a study by Human Rights Watch, there are about half a million Ahmadis in Pakistan.

The leader of the Ahmadi community suggested to the BBC that Naseem was mentally ill and had uploaded the video on social media claiming to be a messiah.