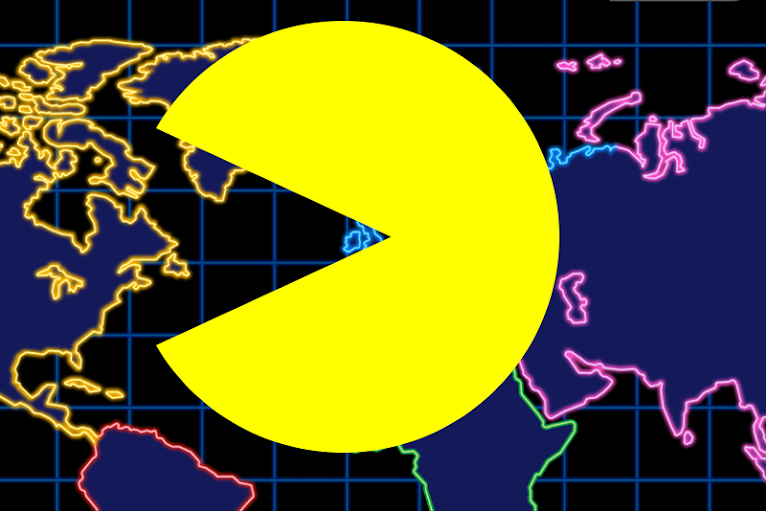 PAC-MAN GEO is an action game using the road information of the Google Maps platform. By selecting the scope to be played as a platform from a world map, players can build their game stage in real time, and encounter Pac-Man, Power Shrapnel, and Ghosts. Through this service, players can play PAC-MAN on a real-world map.

In 2018 supporting the proposal of a “new type of game” using the Google Maps platform, BANDAI NAMCO Research (previously BANDAI NAMCO Studio Inc. *) began engaging in technical verification and prototyping direction. Based on the results of technical verification, from 2019, the company collaborated in planning and development for the commercialization of the game. Players can experience the game on a deeper level than ever before, while maintaining the simple rules and operation of Pac-Man, such as the joy of choosing their own platform to travel the world as they please, Enjoy discovering interesting terrain, and fun sharing these new discoveries.

* BANDAI NAMCO Research was established in April 2019, so research and development work started in the research division of the then BANDAI NAMCO Studio Inc.

PAC-MAN In May 1980 NAMCO Inc. (Is an arcade game released by the current BANDAI NAMCO Entertainment Inc.), which celebrated its 40th anniversary this year. It is a cute character and the simple way of playing with a single lever has caused huge popularity not only in Japan but also around it.
The world, where it was adapted into an animation etc., and eventually became recognized in the Guinness Book of Records as the most successful coin-operated game.

In addition to Maps, a product that presents users with customized maps and Street View images created from Google Maps covering more than 200 countries and territories, tasks include routes, which offer the optimal route to a destination Is, and location, which enables users to find the destination. ; And can be applied to all businesses.

For details, see the official website of the Google Maps platform (https://cloud.google.com/maps-platform?hl=ja).