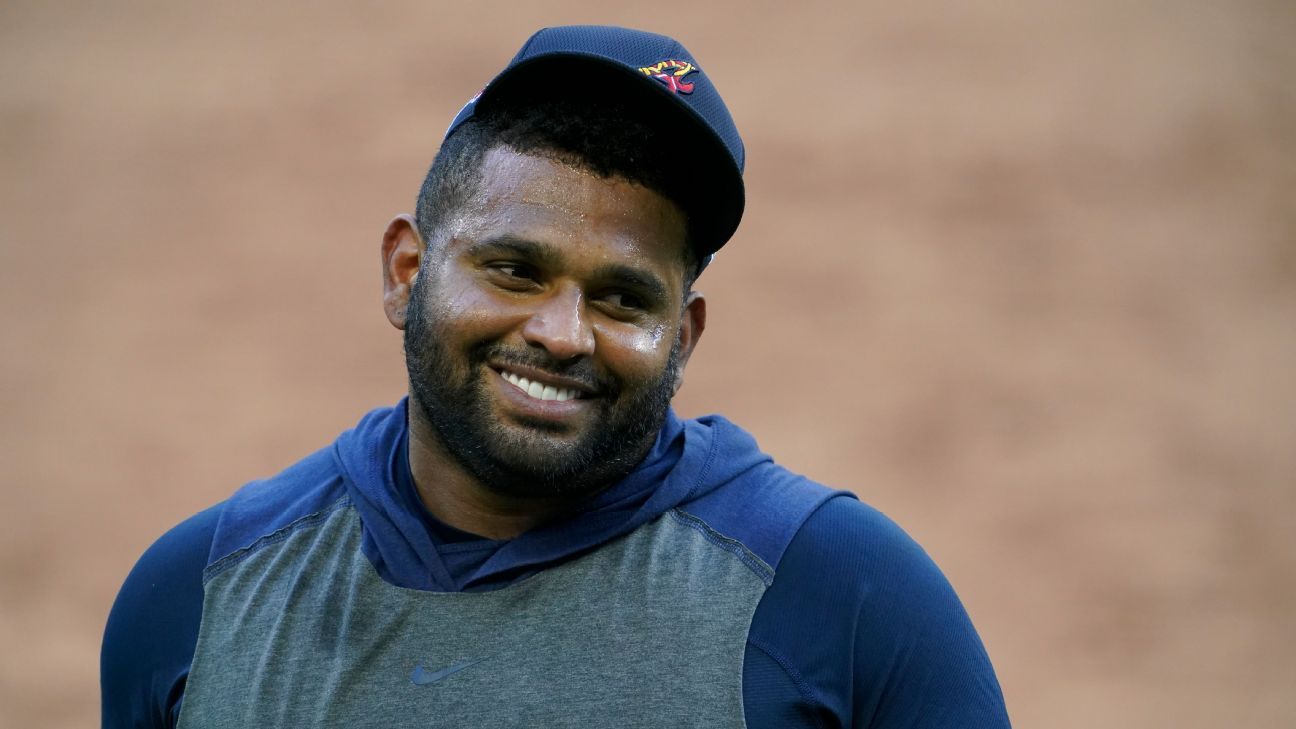 The team made a series of moves Saturday to complete its 26-man roster, which included the contract pick of the 34-year-old Sandoval, who was invited off the roster this spring.

The two-time All-Star and 2012 World Series MVP is looking to revive his career on a bench with the Braves. The switch-hitter earned his spot with a strong spring, hitting .429 with four RBIs in 35 at-bats.

The Braves, who open the season Thursday in Philadelphia, also selected the contracts of two other non-roster players: infielder Ehire Adrianza and reliever Nate Jones.

Infielder Jason Kipnis, a two-time All-Star attempting to enter the Braves as an off-roster guest, was released.

Sandoval, whose contract will be upgraded to a one-year, $ 1 million deal, hit .214 in 84 at-bats with the Braves and San Francisco Giants in 2020. He was added to Atlanta’s postseason roster, hitless at four plate appearances as the Braves came within a game of reaching the World Series.

The Braves hope Sandoval can return to the form he showed in 2019, when he hit .268 with 14 homers for the Giants.

Adrianza claimed another start on the Atlanta bench by hitting .412 in spring training with two home runs and a team-high 12 RBIs through Friday’s game.

The versatile 31-year-old Venezuelan, who previously played for San Francisco and Minnesota, will primarily provide depth at shortstop behind Dansby Swanson. Adrianza has also played in the other infield positions and in the outfield during his career.

Jones is another off-list player who impressed the Braves this spring. The 35-year-old right-hander allowed just one run in seven appearances covering 7 1-3 innings, allowing three hits with a walk.

Jones played eight seasons with the Chicago White Sox before moving to Cincinnati last season, where he was 0-1 with a 6.27 ERA in 21 appearances.

The Braves will start with just four starters on their pitching staff after opting Bryse Wilson to the alternate training site for what is expected to be a two-week stint.

The Braves won’t use a fifth starter on their first pass through the rotation. Wilson will likely make his first start on April 13 after beating Kyle Wright for fifth start.

Mike Soroka will start the season on the disabled list as he continues to recover from a torn Achilles tendon.