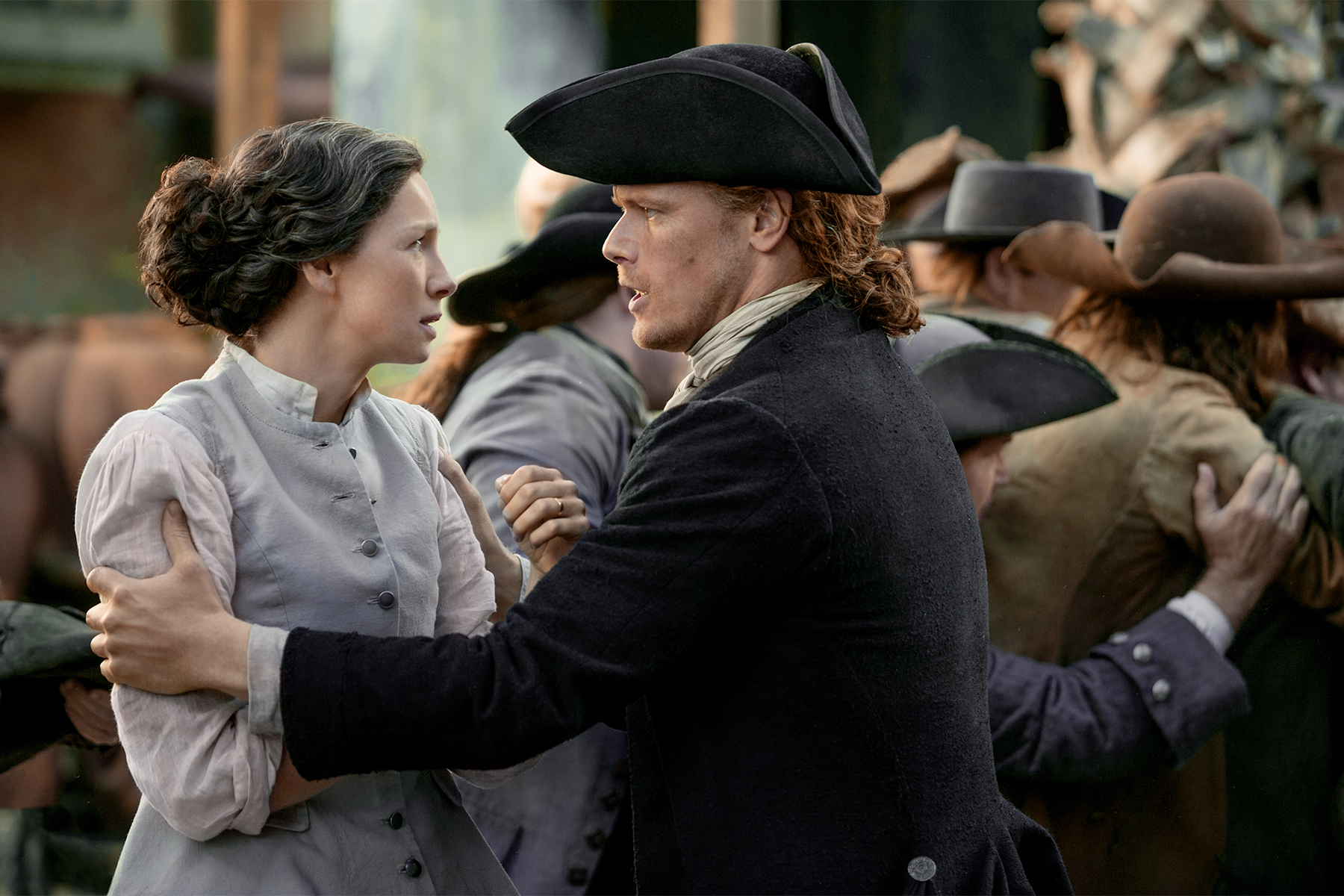 In Season 3, Episode 12, "The Bakra", familiar faces emerge in the most unlikely place, while Jamie and Claire focus on their search for young Ian.

After the meeting last week, Claire and Jamie finally arrived in Jamaica in one piece in the episode on Sunday night, where lush lands and a potential danger awaited them , thanks to the porpoise and its young captain who was still determined to arrest Jamie for murder. However, the couple had bigger things to worry about: finding Ian and rescuing him from a life of slavery. Little did Claire and Jamie know that their nephew had other things to worry about, namely, the one they called The Bakra. and his penchant for boys. We knew it, thanks to an ingenious narrative change at the beginning of the episode, which showed us Ian's point of view during the whole test.

However, thanks to a few more, ntal run-ins and a newly acquired slave, it did not take long for Claire and Jamie to know the truth of the situation and go to the lands of The Bakra to find the child . Unfortunately, another arrest prevented the duo from reaching their destination, when the captain caught Jamie and hauled him away in spite of everything Claire had done to save his crew. At this point, Jamie's arrests become a bit repetitive, and the scene marked another case in which the Frasers have been shattered this season, for now it's basically a drinking game. That left Claire looking for Ian alone in unfamiliar territory.

Read more: Outlander & # 39; Review: an accelerated journey through the literal and figurative jungles of freedom 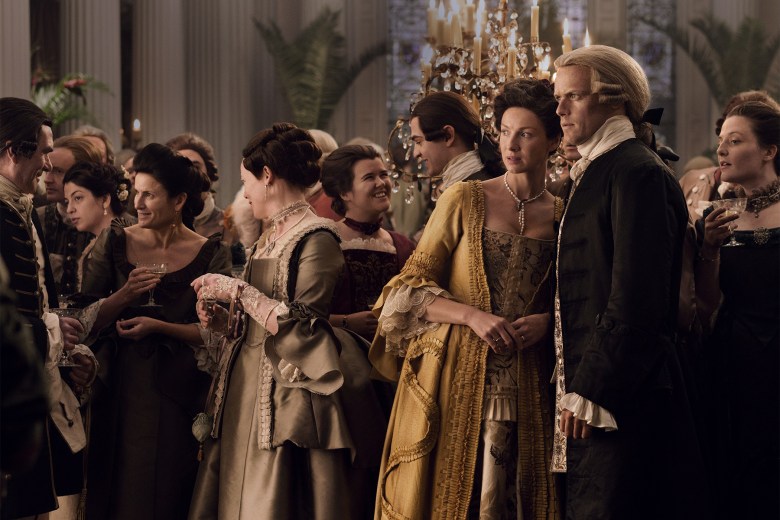 If Black Jack Randall is Jamie's biggest opponent, Geillis Duncan (Lotte Verbeek) is from Claire. The character resurfaced after he was allegedly burned at the stake in the first season, alive and ready to continue his crazed cause for the Scottish revolution. This is not just a woman who bathes in animal blood and gets away with the children before killing them: she has unfathomable incomes at her disposal and is armed with the same knowledge of travel in time as Claire. That makes her one of the most dangerous characters in the series and someone Claire obviously can not trust.
Given the prophecy that Geillis learned towards the end of the episode: that a 200-year-old baby must die before the next the king can be crowned; we can only badume that Brianna is the next target of Geillis. (Because, how many other 200-year-old babies do we know?) And now that Jamie pbaded the photos of her daughter to Claire for safekeeping before her arrest, it's inevitable that Geillis will find out about Fraser's offspring at the end of the next week.

Speaking of familiar faces, the new Governor of Jamaica also turned out to be a Lord John Gray – Willie's stepfather and the man who still falls in love with Jamie, as noted by the fact that he still wears Sapphire Jamie "returned him" to prison. The fact that Gray came to light with the gem just in time for Geillis to put two and two together and that Margaret read the prophecy was quite casual and somewhat hasty, leaving no time for the public to guess what was happening in front of them. . That can be forgiven, since this episode had more action than we have seen all season, but apart from that Gray brought the sapphire with him, it seemed that his character was somewhat wasted in those uncomfortable scenes. Unless you can somehow forgive Jamie or help him escape next week, it seemed pointless to bring him back at this time.

It's one thing to hear about the slave auction and another to witness it. Knowing what we do about Claire's character, it made a lot of sense to react when a man was being caressed in public to show he could "raise" with the other slaves, but his outburst paid off in the end when the man she and Jamie "bought" helped find Ian's location. 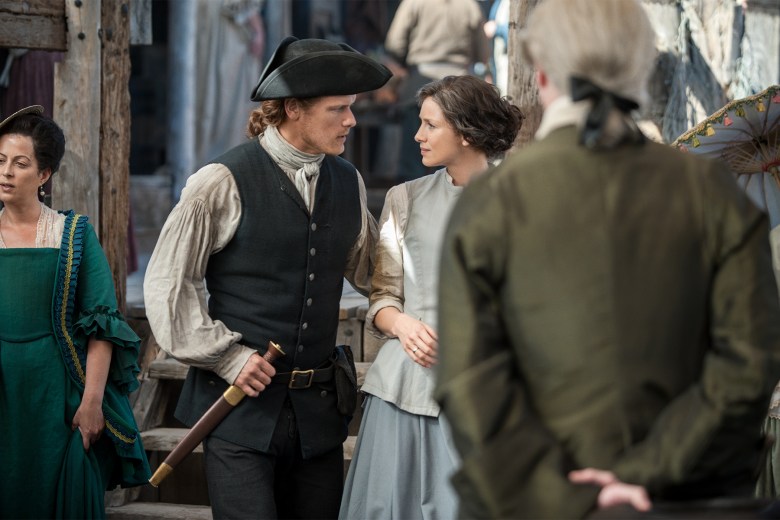 Talking about slaves, it does not escape us that Geillis and his slaves are called Abernathy, which we also know turns out to be the last name of Claire's current medical friend, Joe.

Something tells us that this is not the last time we've seen Mr. Willoughby and Margaret, and to be honest, I hope it's a line that continues to the end. After all the stories of lost romance, and knowing what Willoughby resigned in order to maintain his "manhood", the man deserves a love interest. Especially if that love interest is Margaret, who seems unable to escape from his greedy and opportunistic brother.

This episode deviated more from the novel "Voyager", establishing the meeting of Claire and Geillis in the Governor's property instead of being in the territory of Geillis, and omitting completely the shocking Murder scene of Willoughby. Even Jamie's arrest was not in keeping with the way the search group went to rescue Ian from The Bakra, and Margaret's visionary abilities did not receive tribal qualities the way they were on paper. Considering the amount of land that the program had to cover in a single hour, these were all necessary changes, but the final result felt hasty and too concise.

Considering how far the Frasers traveled to recover their nephew, it would have been nice to spend a little more time on their way while in Jamaica. It would also have been more interesting to deepen Willie's revelation here than halfway when Claire and Jamie met for the first time, in order to maximize the return of John Gray and show the two most important relationships in Jamie's life . There may be more of that at the end of next week, although with all that remains to come, we are definitely getting in the way.

Next week: Claire and The Bakra will face each other. "Outlander" airs on Sundays at 8 p.m. on Starz and on the W Network in Canada.

Register Be aware of the latest film and television news! Sign up to receive our newsletters by email here.