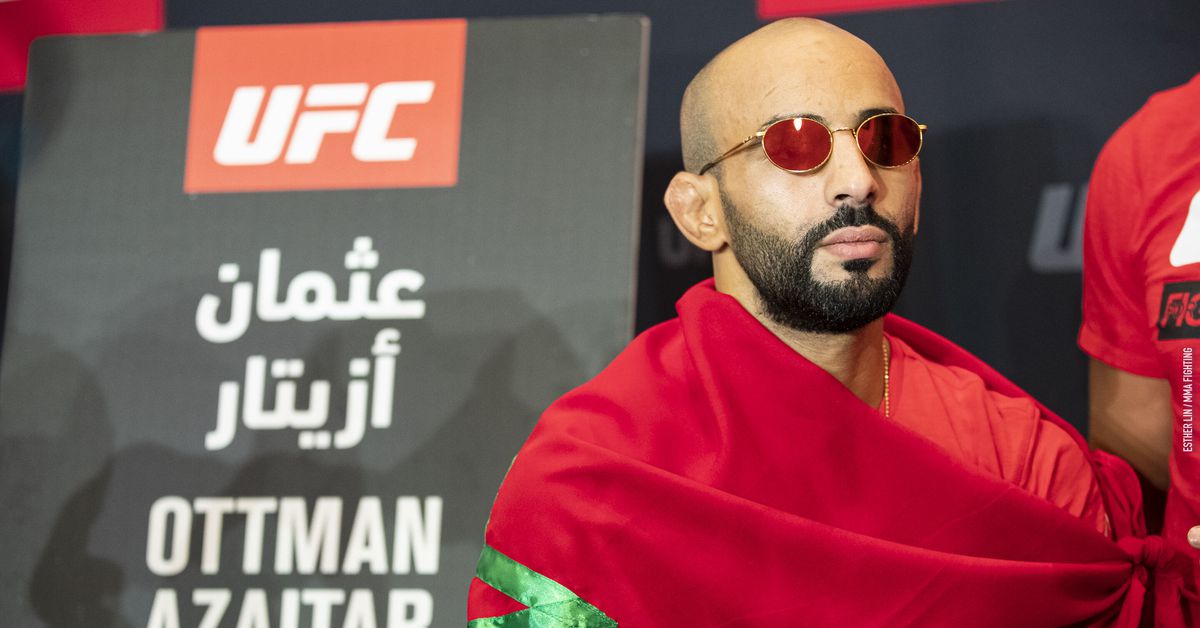 UFC lightweight Ottman Azitar is no longer with promotions after breaking the COVID-19 safety protocol in Abu Dhabi.

Aziter was scheduled to compete against Matt Frivola at UFC 257 on Saturday, but it was announced during Friday’s official wait-in that he was removed from the card. The UFC later announced that Azitor’s removal was caused by “recent violations of health and safety protocols”.

UFC President Dana White later confirmed in an interview with BT Sport that Azitar had been cut for his actions, news previously reported Mma junkie. According to White, Aziter attempted to help others enter the designated security zone of the UFC and bypass COVID-19 quarantine measures.

“He and his team cut off his wrist bands, gave them to someone outside the bubble, I don’t know how they did it.” White said. “The man taped them, showed here with a bag, went to a room, showed in the middle of four balconies, went to his room, closed the bag, changed his clothes, and then left.

“Now when the security tries to stop him, he won’t stop, anyhow, and yes, it’s just … he’s gone. He is no longer a UFC fighter and he is not fighting tonight. “

With Ezhitar out, Frevola now take on Armaan Tsukuyan in a 157-pound catch weight bout. Tsarukyan lost his originally determined rival, Nasrat Haqqarast, to a disease.

The 30-year-old Ajitar is unbeaten in 13 Pro matches and won his two UFC fights in the first round knockout. He knockout Teemu Packalen in his Octagon debut at UFC 242, and then participated in a UFC Fight Night event last September with Khama Worth with a 93-second TKO.