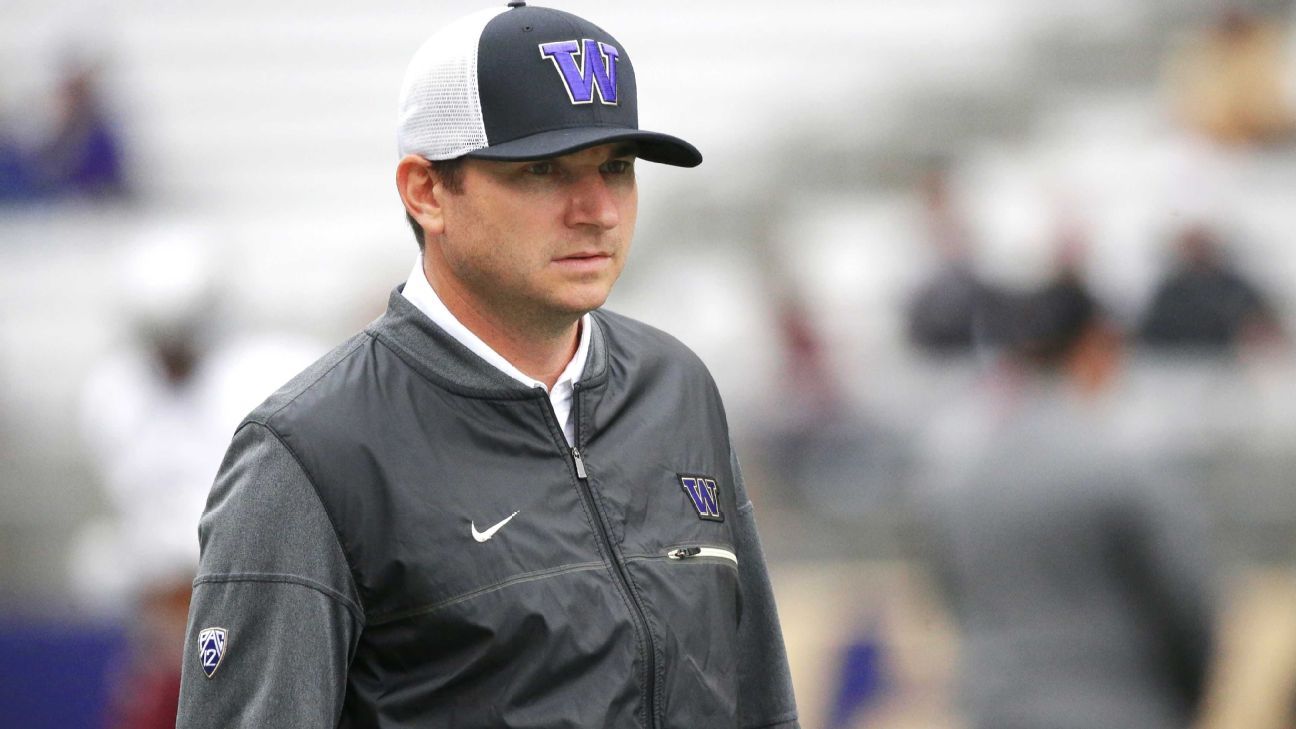 Oregon State has finalized an agreement to hire Washington offensive coordinator Jonathan Smith as its next head coach.

Sports Illustrated and The Associated Press reported Wednesday that Oregon State chose to hire Smith, a former quarterback of the Beavers who has been part of the Washington staff that has led the Huskies to consecutive two-digit seasons.

"I want to thank President Ray and [athletic director] Scott Barnes for his confidence in presenting me with this opportunity to return to Oregon State University to be the head coach," said Smith. "I also want to express my gratitude to coach (Chris) Petersen for providing me with a path to realize my dream as a head coach."

Smith has been working as a quarterback coach for Coach Petersen since 2012, starting at Boise State, and then in Washington, starting in 2014.

He also had stops as an badistant in Montana and Idaho. He was a graduate badistant in the state of Oregon from 2002-03.

Smith was a walk-on in Corvallis, playing for beavers from 1998-2001. He was on the Oregon 2000 state team that finished 11-1 and defeated Notre Dame in the Fiesta Bowl under coach Dennis Erickson.

"We are very excited that Coach Smith is leading our program," Barnes said. "We interviewed several qualified candidates and Coach Smith came up as our best option, bringing Oregon state soccer an awesome plan to build our program, having a unique perspective on what it means to be part of Beaver Nation and be successful for our students. athletes on and off the field "

A fan favorite during his playing days, Smith ranks third on the Oregon State race list with 55 pbading pbades and 9,680 pbading yards.

Oregon State has been in the market for a new coach since Gary Andersen retired surprisingly in early October after a 1-5 start, with the victory over Portland State's low division.

The Beavers promoted cornerback coach Corry Hall as interim coach. Hall seemed to inspire the team, which challenged Stanford in a close 15-14 defeat. And a group of players started an online petition supporting Hall, as well as a Twitter up to #Hallin.

But Hall's connection to the players did not translate into victories. The Beavers ended the season with a 69-10 loss to rival Oregon in the Civil War rivalry game to finish 1-11 overall and 0-9 in conference.

"I feel very positive about the future of that football team there," Hall said after the Beavers' outfield after the Oregon loss, "because I know they've learned a lot and I know they'll be good. hands ".

Hall's status on Smith's team as head coach is not known.