Oregon firefighter told him about the wildfires trapping others: ‘We could feel the heat’ 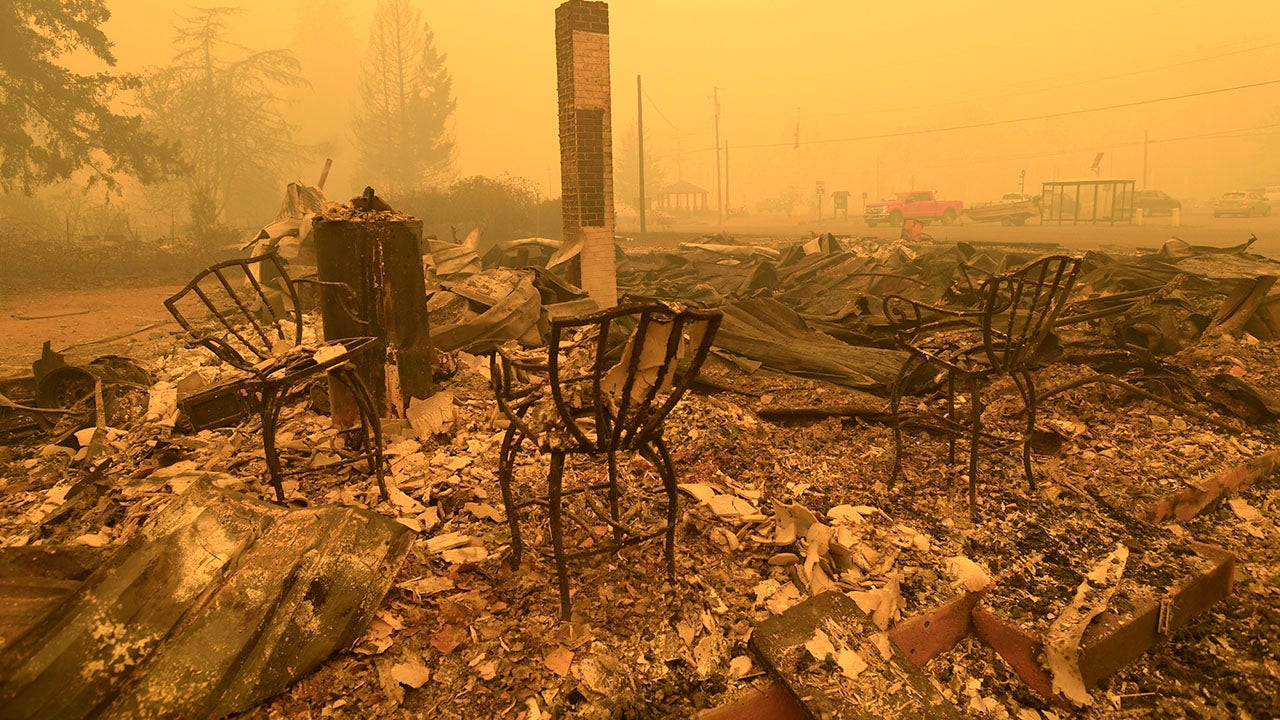 Firefighter Laura Harris and other first responders were helping to take people away from a deadly deadly wildfire in rural Oregon on Monday when she quickly discovered that she and dozens of others were trapped.

“We were watching the flames very close to us and the winds were blowing it towards us,” Harris told Fox 12 Oregon, Portland, about the Santiem Fire. Loved them – it got that way. It was scary. “

As of Wednesday afternoon, the Marion County Sheriff reported that at least two people had died in the fire, which has burned about 160,000 acres east of Salem. A 12-year-old boy, his grandmother and his dog were found in his car by rescuers not far from their homes in Lyons. They were trying to escape, KATU-TV reported in Portland.

Harris said that although they were called to the National Guard for a helicopter rescue, it was prevented by unsafe conditions, leaving the stranded people to wait as the fire engulfed them from all sides.

“We were awake, seeing the fire, there was a 365-degree fire around us,” he told the station. “I think my family was already fired.”

Harris said there were six children under the age of 6 within the group and some of them did not wear shoes because they were on the lake, “so we were able to donate a pair to keep them warm.”

He told the station that firefighters eventually found a way through Forest Service roads, but navigating the desolate terrain was equally difficult.

“We were actually driving a little bit there through the fire. We can feel the heat coming in our vehicles,” he said.

The 30-car convoy slowly traversed forest roads until arriving at Government Camp, Ore., At the base of Mount Hood.

As of Wednesday night, the fire had burned the city hall of Detroit, Ore. To ground, as well as the local fire station, Idana-Detroit Rural Fire Protection District, according to FOX 12.