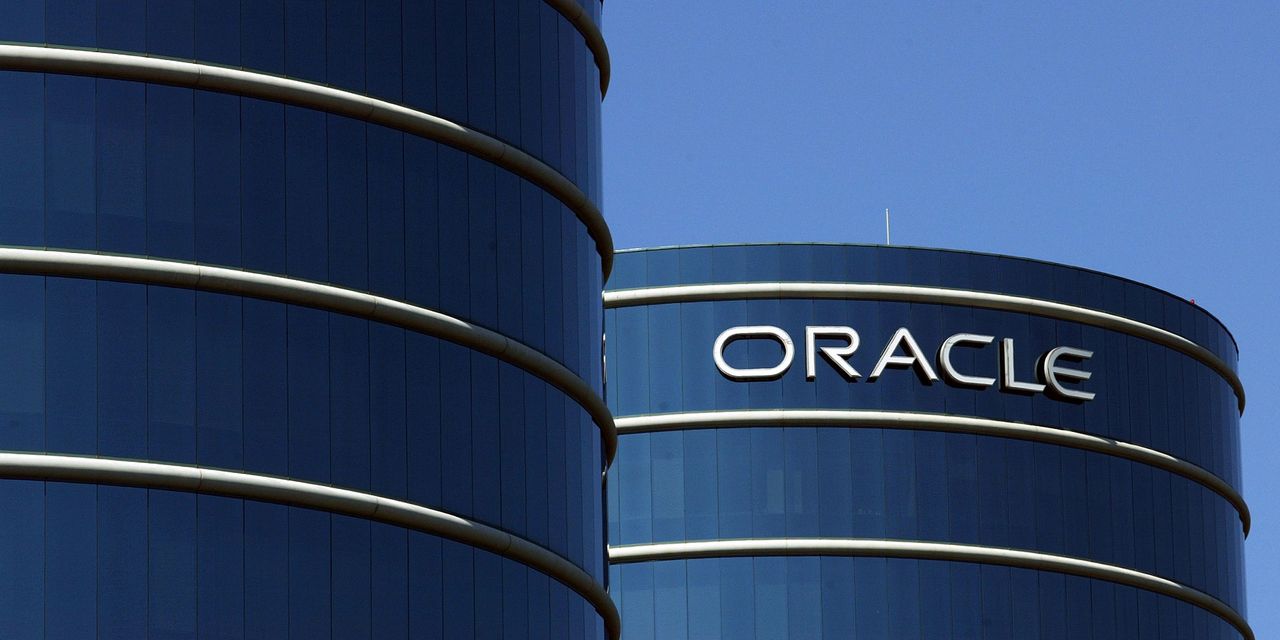 Shares are falling despite the business software company reporting better-than-expected financial results, while announcing an expanded share buyback program and a 33% dividend increase.

Oracle also announced a $ 20 billion expansion of its share buyback program and raised its quarterly dividend rate to 32 cents from 24 cents. The move gives the stock a return of about 1.8%.

The company also said it again saw more than 100% growth in its Oracle Cloud Infrastructure business, which competes with public cloud leaders.

“We are opening new regions as quickly as possible to support our rapidly growing multi-billion dollar infrastructure business,” Oracle President and Founder Larry Ellison said in a statement. “On the applications front, analysts continue to rank Oracle as the clear number one in cloud ERP.” He said Oracle signed contracts totaling hundreds of millions of dollars to move several larger companies from SAP ERP to Oracle Fusion.

The company said revenue from “cloud license and service support” increased 5% in the quarter to $ 7.25 billion, while revenue from “cloud licenses and on-premises licenses”, the traditional business of the company, were $ 1.28 billion, 4% more. Revenues in the hardware business were $ 820 million, down 4%, while services reached $ 737 million, down 5%.

In a call with investors Wednesday afternoon, CEO Safra Catz said the company expects May quarter revenue to increase 5% to 7%, or 1% to 3% in constant currency.

She said Oracle expects non-GAAP earnings for the quarter of $ 1.28 to $ 1.32 per share, or between $ 1.20 and $ 1.24 per share in constant currency. The Wall Street consensus had been $ 1.20 a share. Catz said the company expects to spend aggressively in the quarter to expand its Oracle Cloud capacity in preparation for the strong demand expected in fiscal 2022.

In one notable moment, Ellison on the call read a list of more than 100 companies that he claimed have switched some or all of their financial applications business from SAP ERP software to Oracle ERP Fusion, including

In recent trading, Oracle shares fell 6% to $ 67.80. The stock has outperformed the market in recent weeks. Even with the weakness on Wednesday afternoon, the stock is up 10% from a recent Barron cover story about the company.