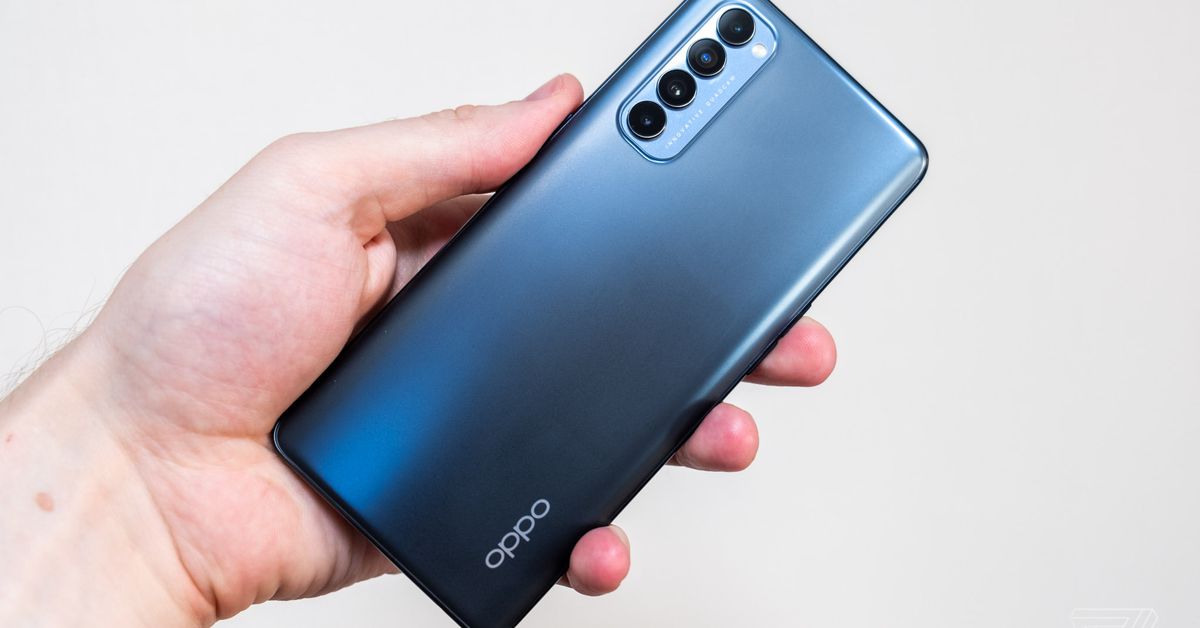 Oppo has announced the Reno 4 Pro for international release. It is a mid-range phone that is not one million miles away in specs, design and price from the new Nord of sister company OnePlus.

The Reno 4 Pro has a metallic back panel with gradient design and a glossy finish on the quad camera bump. It feels much thinner and lighter by today’s standards, 7.7mm thicker and 161g. The camera bump has the capitalized “INNOVATIVE QUADCAM” legend, which is a very entertaining thing to write on a camera bump, but is otherwise a fascinating device.

The phone looks good from the front, as well, with a 6.5-inch 90Hz 1080p AMOLED screen with slight curvature at the edges. Unlike other curved screens, this panel does not extend right to the edge of the bezel, which can be a pro or thief depending on your point of view.

The internal specs include a Snapdragon 720G processor (vs. Nord’s 765G), 8GB of RAM, 128GB of storage, and a 4,000mAh battery. Oppo includes 65W SuperVOOC 2.0 flash charging that can fill up the battery over USB-C in 36 minutes, which is actually a bit slower than the implementation of the technology on some other Oppo phones, but almost any other company. Faster than. There is no wireless charging, indefinitely for Oppo.

The camera setup includes a 48-megapixel main sensor, a 32-megapixel selfie camera, an 8-megapixel ultravide, a 2-megapixel macro camera, and a 2-megapixel monochrome sensor. One of the main camera features is a black-and-white video mode that highlights people or personal colors, allowing you to watch your home movies Sin city – It actually works very well.