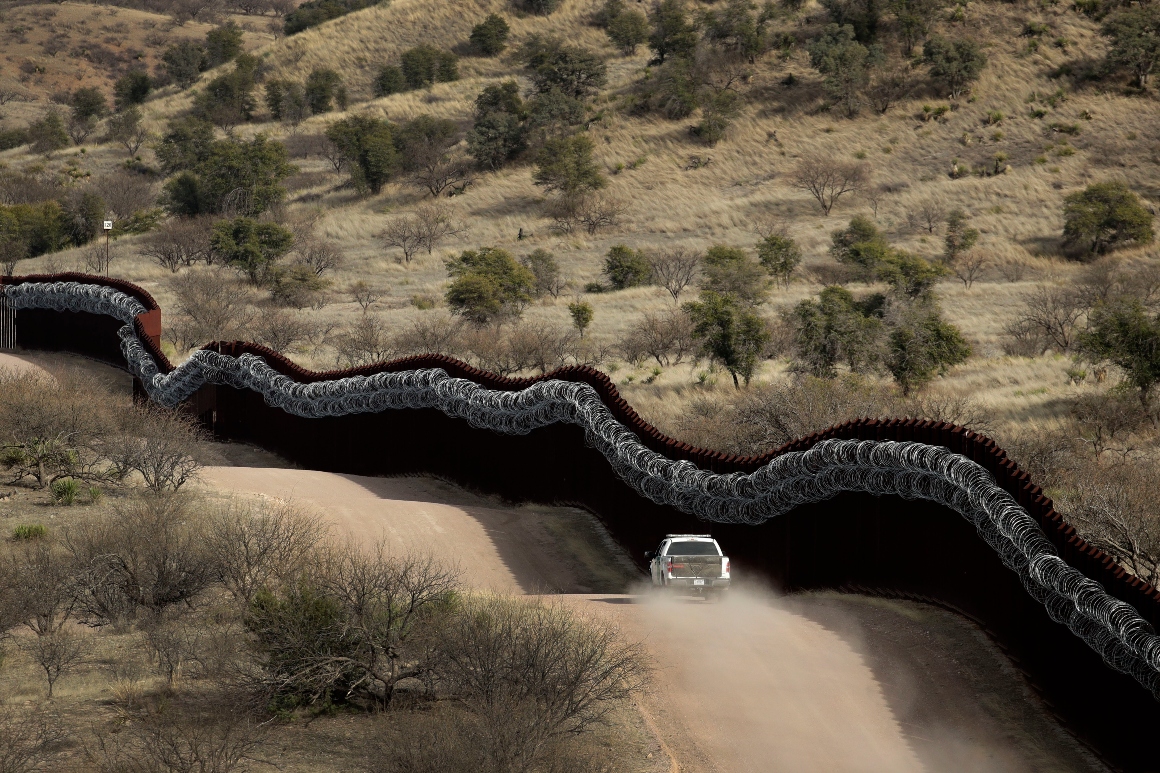 The Secretary of National Security, Alejandro Mayorkas, says that the situation is not a crisis, but “a challenge”, an “acute” and “stressful” challenge with a certain “urgency”, but simply a challenge anyway.

Consider the contours of this challenge. Twice as many people, some 80,000, attempted to cross the border illegally in January this year compared to January a year ago.

Even though it is not yet peak travel season (which traditionally comes in May and June), the US Border Patrol has already begun releasing migrants into US cities at the border, and the number of minors arriving per day is four times higher than in October. .

Axios reported on a briefing prepared for Biden that warned that the number of migrant children is on track to set a record and that there are not enough beds to accommodate them. According to Axios, the report projects that a staggering 117,000 unaccompanied children will show up at the border this year, and says we will need another 20,000 beds.

Health and Human Services, which takes custody of the minors, has begun expediting their release to adults in the United States and paying their transportation costs.

Meanwhile, Biden’s team is reopening the border detention facilities that drew the ire of Democrats during Trump’s presidency.

Biden officials tend to discuss “push factors,” the conditions that lead migrants to flee their countries in Central America. But changing those underlying conditions, even if it is feasible, is a long-term proposition. What we have much more direct control over are the “pull factors,” our own policies and practices that create an incentive to come here.

Trump overemphasized the importance of the border wall and had several false starts at the border, most notably the “zero tolerance” policy that led to family separations. However, in the end, it had created a completely reasonable system based on its legal authorities to enforce order at the border, while allowing asylum seekers to apply for asylum in the US.

There is no good reason to break much of this agreement, although that is exactly what Biden has done.

During the early stages of the pandemic, Trump had quickly avoided those crossing the border illegally for public health reasons. Biden has created an exception for unaccompanied minors, which is an obvious incentive for families to send children under the age of 18.

Under Trump, the Migration Protection Protocols, also known as Remain in Mexico, ended the practice of allowing Central American migrants to enter the United States while their asylum claims are being resolved.

This was crucial because under the old agreement, asylum seekers were allowed to enter the US while their applications were being considered. Even if the claims were ultimately rejected, as the vast majority of them were, the migrants overwhelmingly ended up staying anyway (we didn’t have the will and the resources to locate and deport them).

This was a great magnet for migrants: arrive at the border and apply for asylum and you are in the United States, it is very likely that you will stay.

Biden has destroyed the Migrant Protection Protocols. No new asylum seekers will be enrolled in the program, and the backlog of people who had been waiting in Mexico is being admitted to the US.

It also suspended the so-called safe third country agreements that Trump forged with El Salvador, Guatemala and Honduras to get asylum seekers to apply for asylum in one of those countries (the onset of the pandemic paralyzed these programs).

The premise of Trump’s general approach was that people who feared for their lives in their home country because of the persecution do not necessarily have to come to the United States to escape. It should be enough for them to go to another country in the region, or if they are in fact seeking asylum in the United States, stay in Mexico while they do so.

Allowing them to enter the US, without a reliable internal enforcement mechanism to remove them if their claims are denied, constitutes the end of our immigration system. Because migrants, like anyone else, respond to incentives, the more they are allowed to enter, the more will come. And, since our resources are not infinite, if enough families show up at the border, our staff and facilities will inevitably be overloaded.

Obviously, Biden is in a very different place than Trump on immigration, but even if he has different priorities, there is no point in creating an avalanche at the border before a supposedly better system (whatever that is) is in place.

Rather than acknowledge that the previous administration nonetheless had some sensible policies, Biden’s team wants to reject everything in bulk.

Mayorkas blames Trump for having “dismantled our nation’s immigration system in its entirety,” a claim as absurd as the notion that the Biden administration started from scratch with vaccines.

Needless to say, naturalizations and green card issuance had continued apace under Trump. And he had actually managed to control the border, which in 2014 and 2019 had spiraled out of control, creating a major humanitarian debacle.

Call it what you want, a crisis or a challenge, or whatever, but Biden is on his way to mindlessly repeating this experience.