Opinion: Americans Have Tired Of Wearing Masks And Social Distancing Before; this is what happened next 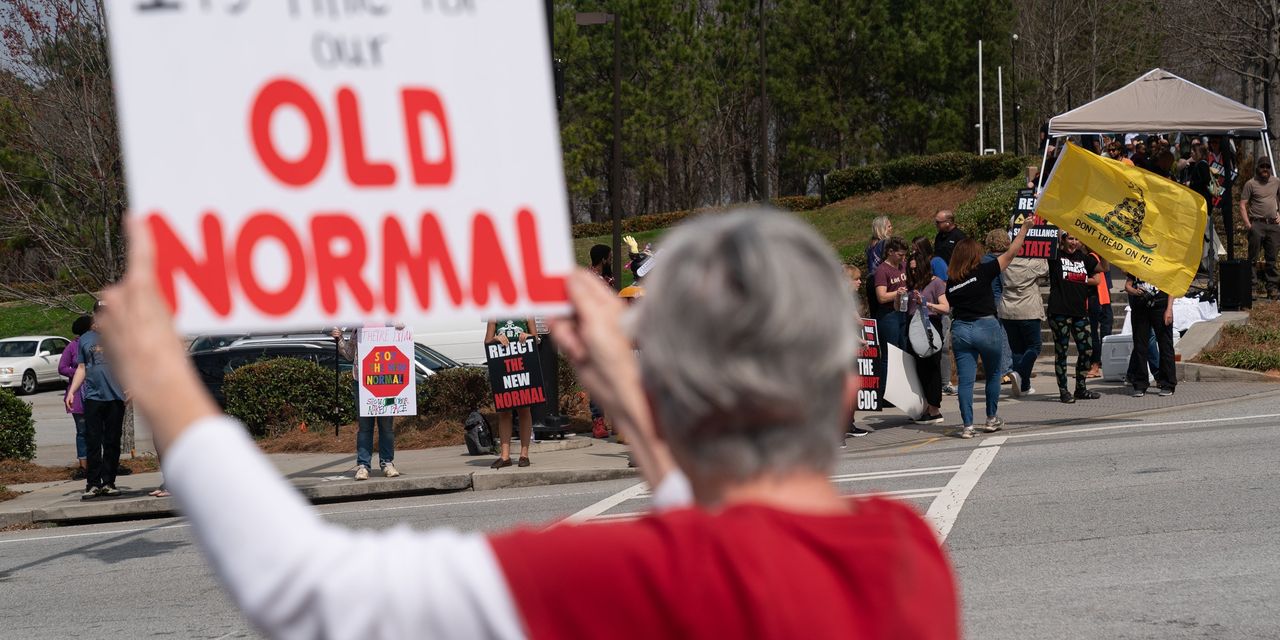 Imagine the United States struggling to cope with a deadly pandemic.

State and local officials enact a series of social distancing measures, compilation of bans, lockdown orders and masking mandates in an effort to stem the tide of cases and deaths.

The public responds with widespread compliance mixed with more than a hint of complaints, rejection, and even outright defiance. As the days turn into weeks, they turn into months, the restrictions become more difficult to tolerate.

The owners of theaters and dance halls complain of their financial losses.

Clergy lament church closings, while offices, factories, and in some cases even halls can remain open.

Officials discuss whether children are safer in classrooms or at home.

Many citizens refuse to wear masks in public, some complain that they feel uncomfortable, and others argue that the government has no right to infringe on their civil liberties.

As familiar as it may all sound in 2021, these are actual descriptions of the US during the deadly influenza pandemic of 1918. In my research as a medical historian, I have seen time and again the many ways in which our The current pandemic has mirrored that experienced by our ancestors a century ago.

As the COVID-19 pandemic enters its second year, many people want to know when life will go back to the way it was before the coronavirus. History, of course, is not an exact model of what the future holds. But the way Americans emerged from the previous pandemic could suggest what life will be like after the pandemic this time.

Sick and tired, ready for the end of the pandemic

Like COVID-19, the 1918 influenza pandemic hit hard and fast, going from a handful of reported cases in some cities to a nationwide outbreak within a few weeks. Many communities issued several rounds of various closure orders, corresponding to the ebbs and flows of their epidemics, in an attempt to keep the disease under control.

People clamored to return to their normal lives. The companies pressured officials to be allowed to reopen. Believing that the pandemic was over, state and local authorities began to revoke public health edicts. The nation focused its efforts on addressing the devastation caused by influenza.

For the friends, family and co-workers of the hundreds of thousands of Americans who had died, life after the pandemic was filled with sadness and pain. Many of those still recovering from their bouts of illness needed support and care while they recovered.

At a time when there was no federal or state safety net, charities jumped into action to provide resources to families who had lost their breadwinners or to take in the countless children orphaned by the illness.

Yet for the vast majority of Americans, life after the pandemic appeared to be a headlong race to normalcy. Starving for weeks of their nights on the town, sporting events, religious services, classroom interactions, and family gatherings, many were eager to return to their former lives.

On the cues from officials who had declared, somewhat prematurely, the end of the pandemic, Americans overwhelmingly rushed back to their pre-pandemic routines. They hit theaters and dance halls, crowded into stores and businesses, and met with friends and family.

Officials had warned the nation that the cases and deaths would likely continue for months to come. However, the burden of public health now rests not on politics but on individual responsibility.

Unsurprisingly, the pandemic continued and spread into a deadly third wave that lasted until the spring of 1919, with a fourth wave in the winter of 1920. Some officials blamed careless Americans for the resurgence. Others downplayed the new cases or turned their attention to more routine public health issues, including other illnesses, restaurant inspections and sanitation.

Despite the persistence of the pandemic, influenza quickly became old news. Once a regular feature of the front pages, the stories were quickly reduced to sporadic small clippings buried in the back covers of the nation’s newspapers. The nation moved on, accustomed to the toll the pandemic and the deaths to come. To a large extent, people were unwilling to go back to socially and economically disruptive public health measures.

It’s hard to hold on there

Our predecessors could be forgiven for not staying the course longer. First, the nation was eager to celebrate the recent end of World War I, an event that perhaps loomed larger in the lives of Americans than even the pandemic.

Second, death from illness was a much more important part of life in the early 1900s, and scourges such as diphtheria, measles, tuberculosis, typhoid fever, whooping cough, scarlet fever, and pneumonia were killing off. routinely to tens of thousands of Americans each year. Additionally, the cause and epidemiology of influenza was not well understood, and many experts remained unconvinced that social distancing measures had a measurable impact.

Finally, there were no effective flu vaccines to rescue the world from the ravages of the disease. In fact, the influenza virus would not be discovered for 15 years, and a safe and effective vaccine was not available to the general population until 1945. Given the limited information they had and the tools at their disposal, Americans perhaps they endured public health restrictions for as long as is reasonably possible.

A century later, and a year after the COVID-19 pandemic, it is understandable that people are now too eager to return to their former lives. The end of this pandemic will inevitably come, as has happened with all previous ones that humanity has experienced.

However, if we have anything to learn from the history of the 1918 influenza pandemic, as well as from our experience thus far with COVID-19, it is that a premature return to pre-pandemic life risks more cases and more deaths.

And Americans today have significant advantages over those of a century ago. We have a better understanding of virology and epidemiology. We know that social distancing and masking help save lives. Most critically, we have several safe and effective vaccines being implemented, with an increasingly weekly vaccination rate.

Meeting or alleviating all of these coronavirus-fighting factors could mean the difference between a further increase in disease and a faster end to the pandemic. COVID-19 is much more communicable than influenza, and several worrying variants of SARS-CoV-2 are already spreading around the world. The deadly third wave of influenza in 1919 shows what can happen when people let their guard down prematurely.

J. Alexander Navarro is deputy director of the University of Michigan Center for the History of Medicine in Ann Arbor, Michigan. This was first published by The Conversation: “People abandoned pandemic flu measures a century ago when they got tired of them. – and paid a price ”.