One police officer was killed and another was injured in Houston 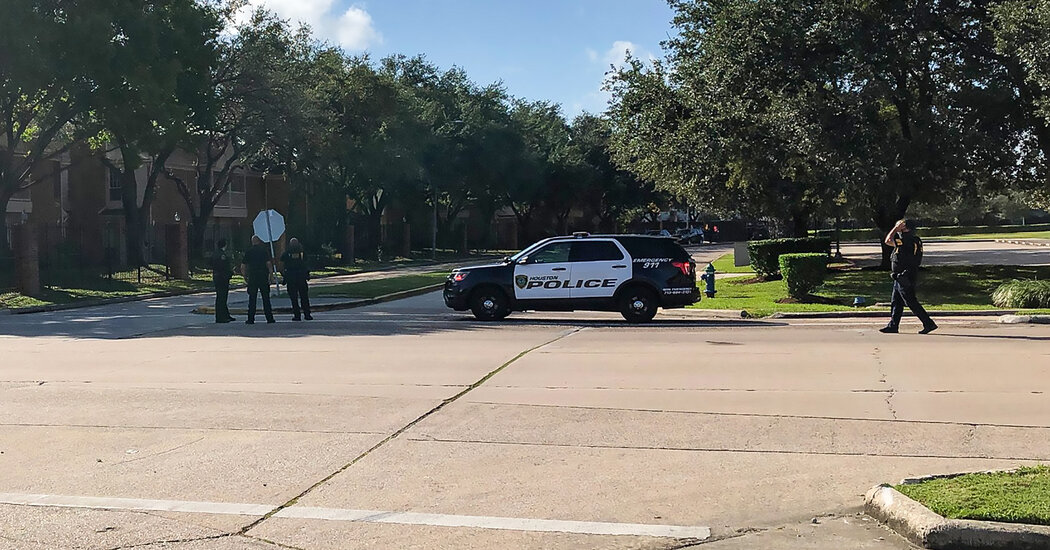 Authorities said a Houston police officer was killed and another officer was injured Tuesday morning when responding to a call about a domestic dispute at an apartment complex.

Houston Police Department Chief Art Acevedo said three officers were dispatched to southwest Houston at 8:15 am local time. A woman was going out of an apartment that she shared with a man and wanted to retrieve some of her belongings, but the door was closed, Chief Acevedo said at a news conference.

After speaking with the woman for about an hour, the man’s 14-year-old son opened the apartment door. He noticed that his father was armed and warned the officers, Chief Acevedo said.

Sergeant. 41-year-old department veteran Harold Preston was shot multiple times, including the head and shoulders, and a bullet hit his spine. Officer Courtney Waller, 35, who has been in the department for three years, was shot in the arm. A 14-year-old boy was also shot in the arm.

Both officers were taken to Memorial Hermann-Texas Medical Center, where 65-year-old Sergeant Preston died of his wounds, surrounded by members of his family. Officer Waller was expected to recover, officials said.

Police said the gunman, identified by Chief Acevedo as Elmer Manzano, barricaded himself in the apartment for about an hour before being shot and taken into custody. An older woman also came out of the apartment, officials said.

“We will probably charge this suspect with murder,” said 51-year-old Mr. Manzano.

At the news conference, Houston Mayor Sylvester Turner thanked Sergeant Preston for his service to the department and the city.

“I want to thank him and celebrate his life of service and commitment and dedication to this city – about 41 years that he is a police officer with the City of Houston,” Mr. Turner said. “I want us to raise his family. In particular I want us to raise their young daughter. I want us to raise her mother and her father and other relatives and friends and loved ones. “

Gov. Greg Abbott of Texas said in a statement, “Our hearts are with the family of the Houston Police Sergeant. Harold Preston who was shot and killed in the line of duty this morning. “This tragic loss is a grave reminder of the dangers facing our brave law enforcement officers while keeping our communities safe,” he said.

The shooting attracted the response of a large police and fire department in the apartment complex, which is south of the hospital where Sergeant Preston died, and was home to Houston Texans east of NRG Park.

Police said Mr. Manzano, who had a gunshot wound to the abdomen, was also taken to the hospital. The boy was taken to Children’s Hospital in Texas.

“We have to see together what happened between the suspect, our officers and the young man who was shot,” Chief Acevedo said, expecting the boy to recover fully.

Chief Acevedo said police were called to the apartment twice a weekend. The woman wanted to get her things out of the apartment, “and unfortunately the door was closed and she was not letting him in,” he said. He said no charges were made as a result of those visits.