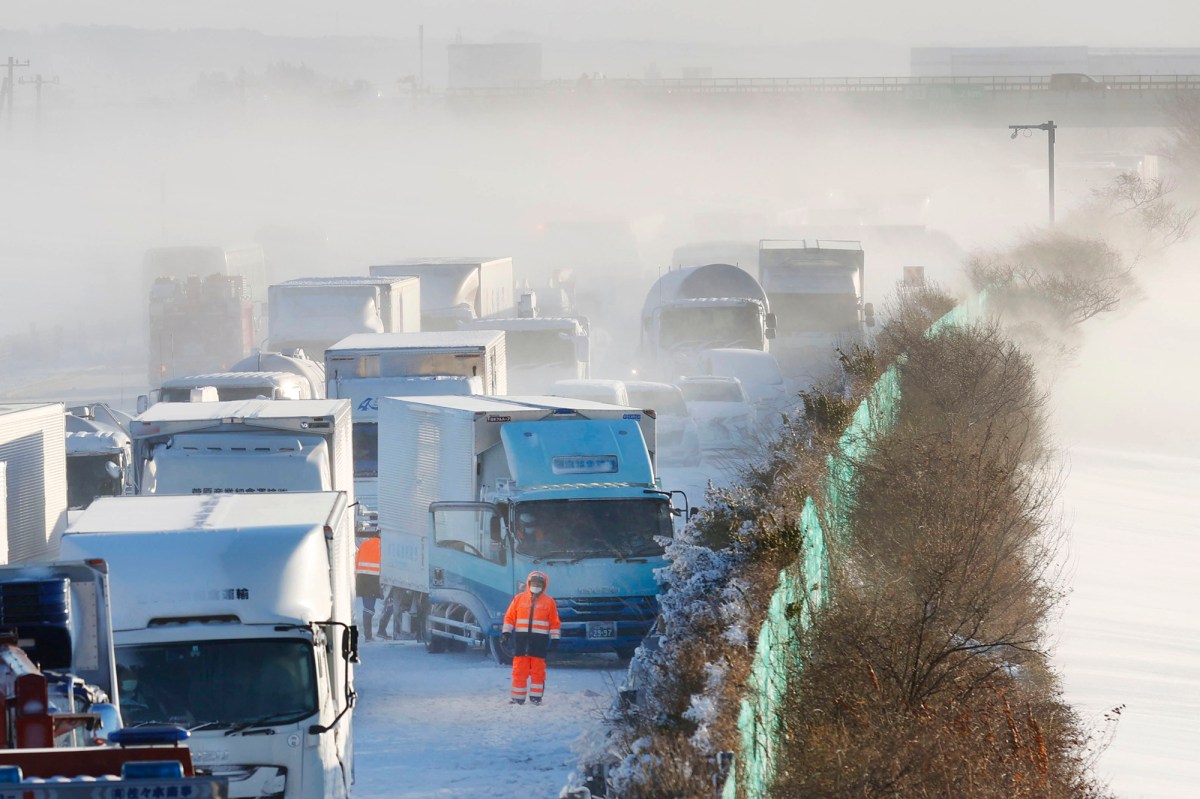 Officials said a man was killed and 17 people were injured when a pile of 134 cars collapsed during a blizzard in northern Japan on Tuesday.

Tokyo-based news agency Kyodo News reported that the accident occurred when the blizzard struck at 60 mph amid a gust of wind and caused nearly two feet of snow to fall over northern Japan.

A truck was mowed and piled into a passenger car shortly before local time amid poor visibility in the storm.

Details of the dead man and extent of injuries were not immediately available.