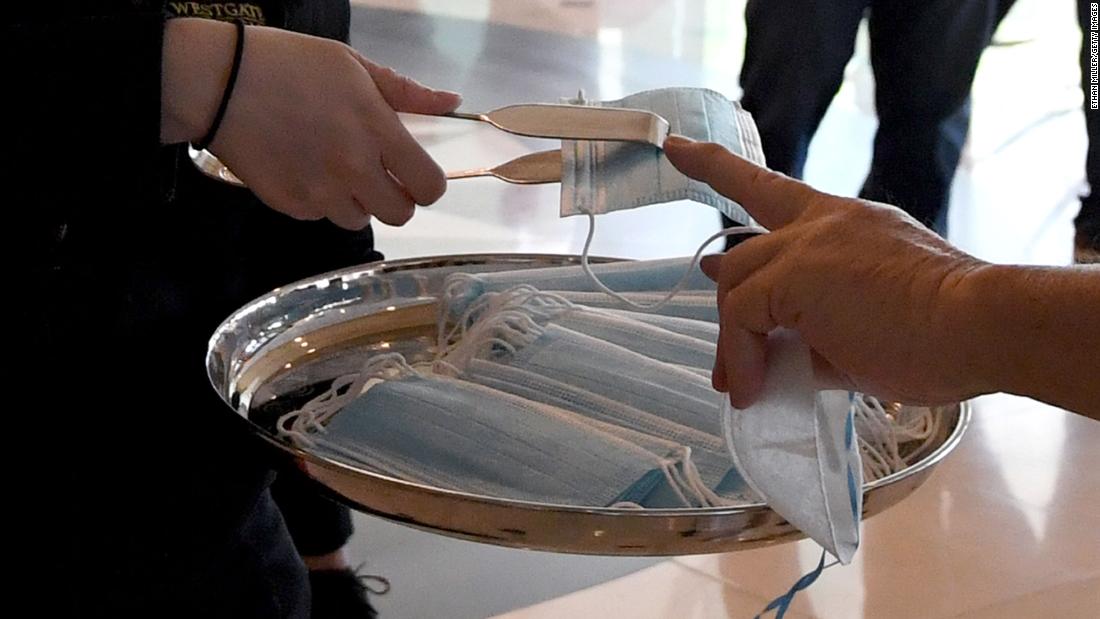 The laminated cards feature an image of an eagle and read “Mask-Free Card” in bold across the top. They appear to be geared toward people trying to circumvent state and business requirements to wear face masks in public or receive service. The card also references the Department of Justice and the Americans with Disabilities Act.

But Freedom to Breathe Agency, the group that published them on its website and distributed the cards, is not a federal or state agency. It is a Facebook group that says on its website that it is trying to prevent mask orders from “spreading nationally and globally.”

Its founder, Lenka Koloma, told CNN that she was not making any recommendations to anyone and that the group’s mission is “personal freedom and liberty.” But she went on to say that people should only wear masks, “whenever they want to be silenced and silenced.”

The DOJ’s Civil Rights division and the United States Attorney’s office have issued warnings about the cards, calling them fraudulent.

“Don’t be fooled by the Justice Department’s ruse and misappropriation of the eagle,” said Matthew GT Martin, US attorney for the North Carolina Middle District, in a press release. “These cards do not have the force of law. The ‘Freedom to Breathe Agency’ or ‘FTBA’ is not a government agency.”
The warning comes as the number of Covid-19 cases continues to rise in the United States. About 60% of states have seen increases in coronavirus cases in the past week.
Scientific research continues to show that wearing masks is saving lives by helping to prevent the spread of Covid-19 by infected and asymptomatic people. The U.S. Centers for Disease Control and Prevention has urged people to use them since early April.

Still, Koloma and his group are pushing the falsehoods, including that mask that he uses dangerously limits oxygen. According to their Facebook page, the group had more than 5,500 members.

It is unclear if the cards were presented somewhere by someone.

There are several versions of the main card, including specific ones for Colorado and California.

“I am exempt from any ordinance that requires the use of face masks in public,” says one of the cards. “Wearing a face mask represents a mental and / or physical risk to me.”

The cards also give the impression of having been issued by an official government agency.

“Denying access to your business / organization will also inform FTBA for further action,” reads, in capital letters, at the bottom.

Some of the cards were even made to look more official, with the Justice Department seal.

Koloma and Fred DiDomenico, who are co-administrators of the Facebook group, confirmed to CNN that the group distributed the cards with the Justice Department seal. Koloma and DiDomenico would not say why the cards had the DOJ seal or why they removed them.

The group disappeared from Facebook on Thursday afternoon. Koloma provided CNN with a screenshot with a notification that Facebook removed the group for “fraud and deception.”

Before its removal, CNN had contacted Facebook to comment on the group. CNN has not received a response to the initial query or a follow-up query on why the page was removed from the group.

The group’s website, created and hosted by Wix, also disappeared from the Internet on Wednesday morning. Koloma says they are not sure why he disappeared.

Wix did not respond to a request for comment.

Koloma says that although the group was asking for donations on the site, it was not receiving money. Since then, he has created a new group Facebook page and says he plans to distribute new cards.