One dead, multiple wounded from stabbing in Vancouver area library, suspect in custody 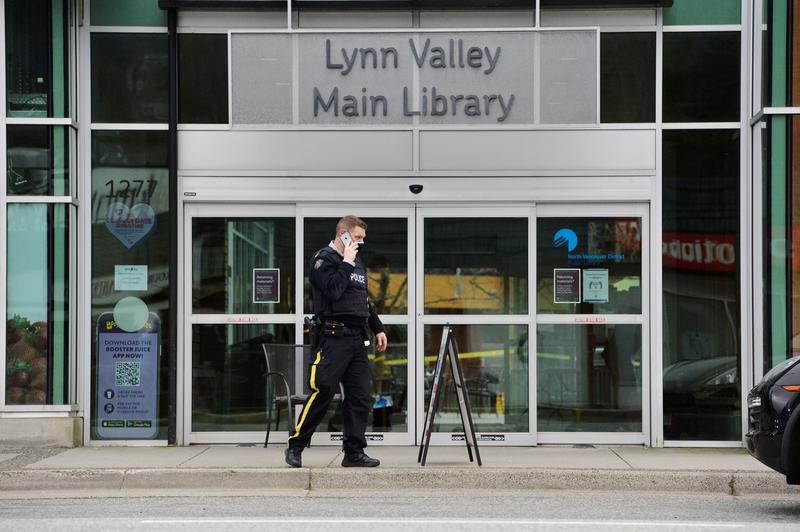 (Correct the format of the author line)

NORTH VANCOUVER, Canada (Reuters) – One person was killed and many others injured in a stabbing at a public library in an affluent Vancouver suburb on Saturday, and a suspect, apparently acting alone, was taken into custody.

Canada’s Global News reported one death, citing homicide police, who were not immediately available to confirm. No details were provided.

The Royal Canadian Mounted Police (RCMP) said “multiple victims” were stabbed inside and outside the North Vancouver Library and that one suspect was in custody.

“It appears this was a lone suspect,” the RCMP said on Twitter, adding that it was still looking for “additional potential victims.”

Amy Robertson of BC Emergency Health Services said six people were taken to the hospital and she was unable to reveal details about their condition, Canadian Broadcasting Corp (CBC) previously reported.

“We were driving … and there was a woman right next to her car with a 7-year-old boy, multiple stab wounds and bleeding profusely … She said it was a random stabber running down the street.” a witness who gave his name as Steve told Canada’s Global News.

North Vancouver is a mostly quiet and wealthy suburb with approximately 85,000 people on the north side of Burrard Inlet, Vancouver’s main port. In 2019, North Vancouver was ranked 10th on Maclean magazine’s list of the richest Canadian communities with an average net worth per household of nearly C $ 2 million.

Two bridges and a foot ferry connect North Vancouver to the city of Vancouver. North Vancouver is also a popular destination for hiking and skiing, with part of the North Shore Range within its limits.