Old habits put Iraq in danger as doctors warn of a second wave of viruses – tech2.org 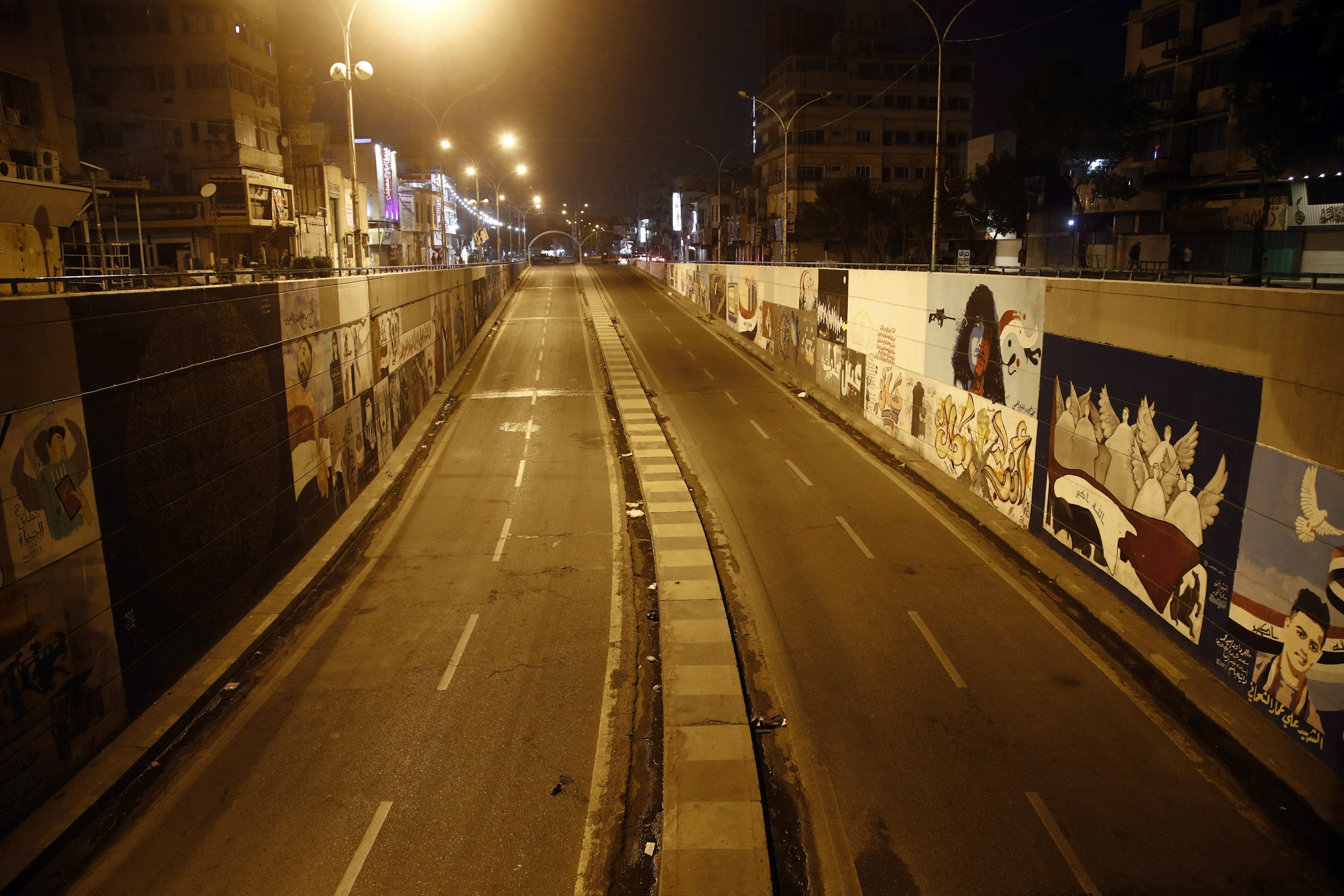 BAGHDAD (AP) – In the busy emergency room of Baghdad’s main public hospital, Ali Abbas was bare-faced, waiting for his ailing father. Dozens of other patients and their families mixed in without masks.

It’s a scene that confuses healthcare workers in Iraq, who are warning that the country is entering a new wave of coronavirus cases, in part because many sidestep precautions.

“I don’t believe in the coronavirus, I believe in God,” Abbas, 21, said in the middle of the hospital floor, defying the facility’s rules that require masks.

On Friday, Iraq was on its first full day of a new government-imposed curfew in response to infection rates that have soared again after loosening last fall. The curfew operates all day from Friday to Sunday, and from 20:00 to 05:00 the rest of the week. Mosques and schools are closed, large gatherings are prohibited and the use of masks and other protective equipment will be enforced, according to a government statement.

A complete closure is also being considered, including the closure of airports and borders, said two government officials, speaking on condition of anonymity because they were not authorized to report to the media.

New cases, less than 600 a day just a month ago, have risen sharply, reaching 3,896 a day on February 18 and approaching the September daily peak of more than 5,000. The Health Ministry says that 50% of new cases are of the most infectious new strain that first broke out in the UK. More than 657,000 people have been infected by the virus in Iraq and 13,220 have died since February.

Doctors told The Associated Press they have seen the outbreak coming for weeks. They blame a careless public and a government unable to fully enforce virus protocols.

“I am a doctor fighting public ignorance, not the pandemic,” said Mohammed Shahada, a pulmonologist at Baghdad’s al-Zahra Hospital.

At al-Zahra Hospital, the year started with just four patients in the 90-bed isolation ward. In early February, the number rose to 30 patients with severe viruses. Shahada expects more in the coming weeks.

At his private clinic, some patients have walked away instead of meeting his strict face mask requirement, he said.

Ismail Taher, a doctor at Baghdad’s Sheikh Zayed Hospital, estimated that only one in 10 people admitted to the hospital wears masks.

The Health Ministry said earlier this month that a new wave was being driven by religious activities, including Friday prayers and visits to shrines, and large crowds in markets, restaurants, shopping malls and parks, where greetings with squeezes hands and kisses are the norm.

The ministry also blamed “some people who are openly questioning the existence of the pandemic.”

That is a common feeling.

“It’s just the flu,” said Yahya Shammari, a 28-year-old college graduate. “I went to the hospital twice without a mask and I did not get infected.”

Rahem Shabib, 32, said he noticed infection rates declining after the Shiite Muslim pilgrimage to Arbaeen in October. “So God is stronger than COVID-19,” he said.

The Arbaeen brings millions of people from around the world to Iraq for commemorations related to the 7th-century assassination of Imam Hussein, grandson of the Prophet Muhammad of Islam. This year, Iraq banned the attendance of foreign pilgrims, significantly reducing the number.

Mac Skelton, a medical sociologist at the American University of Iraq in Sulaimaniyah, said the dismissive attitude is based not so much on ignorance as on the realities Iraqis face.

Iraqis have endured so many calamities in recent decades, including wars, political violence and sanctions, that COVID-19 “may not become a major problem,” he said.

In addition, government policies against the pandemic, focused on hospitals, do not fit with the way Iraqis cope with the disease, Skelton said. Amid years of instability, Iraqis had to come up with their own strategies, because medical care was unavailable or they mistrusted hospitals, which at the height of sectarian strife became dangerous places to go.

That is why they seek pharmacists, nurses, help from neighbors or even cross borders to treat diseases.

“Most doctors are not that surprised, they know that patients would refuse to go to the hospital unless they were gasping for air and had no other choice,” said Skelton, director of the university’s Institute for Regional and International Studies.

This also suggests that statistics from the Health Ministry, based on tests in government laboratories, are an undercount, as many Iraqis may forgo testing entirely and choose to recover at home.

Iraq’s centralized healthcare system, largely unchanged since the 1970s, has been destroyed by decades of wars, sanctions and protracted unrest since the 2003 US invasion. Successive governments have invested little in the sector.

Mixing of virus patients with others has also exacerbated the number of cases, doctors said. Shahada Hospital was once reserved solely for virus patients; But not anymore, and COVID-19 patients and others share rooms where CT scans, MRIs and X-rays are taken, Shahada said.

So far, Iraq has faced no shortage of medical supplies or ICU capacity. But that could change if cases increase, doctors said.

The Health Ministry said it plans to start administering vaccines in late March. The government has allocated funds to insure 1.5 million Pzifer vaccines and signed a contract for an additional 2 million from AstraZeneca. Little has been announced about how the inoculation will proceed.

Now more than ever, government officials worry that ingrained habits are hard to change.

When the restrictions eased after September, life returned to Iraq. In Baghdad, restaurants are packed and face masks are rarely seen. Further south in Basra, residents spend the day as if the pandemic has never reached the southern shores, sharing meals in crowded cafes and shaking hands.

“Changing public awareness is the only way to stop another deadly virus outbreak,” Health Minister Hasan al-Tamimi told the AP on the sidelines of a recent press conference.