Oklahoma Football: COVID 19 Cases Not To Be Hidden Soon 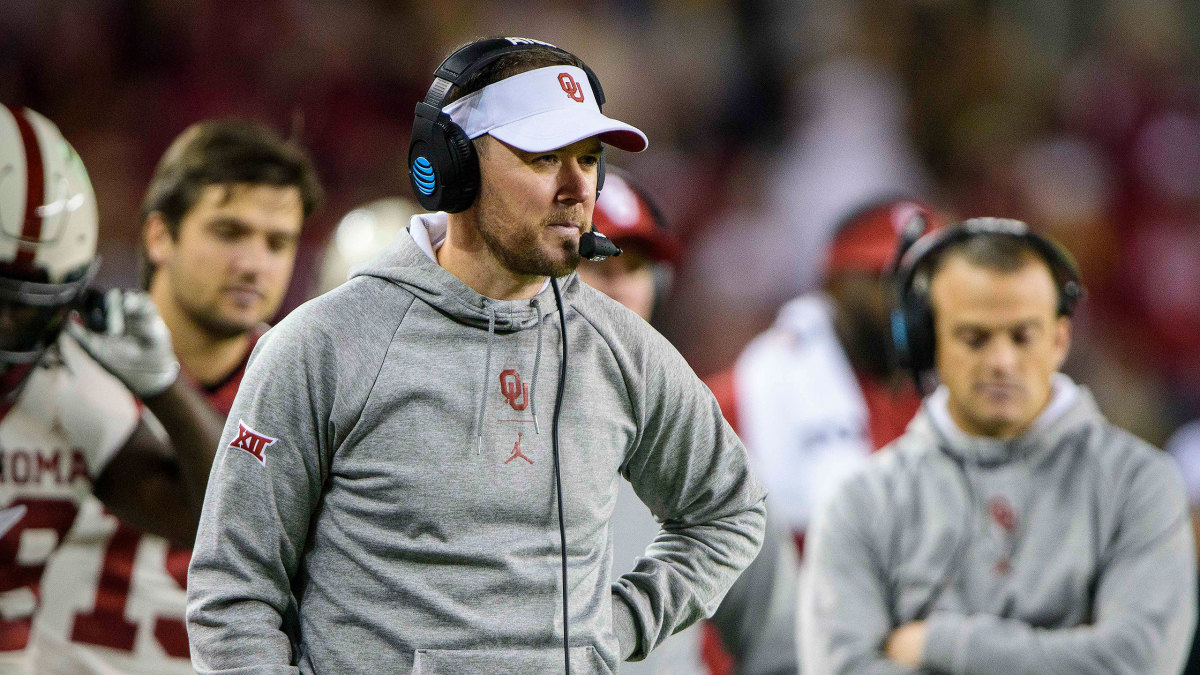 Third question: there is no time for this time

The enduring secret of American higher education is that universities do not want the public to know how they do business. In many (but by no means all) public universities, they block open-record requests with constructive rule. Privacy laws extend beyond their intended scope. “Foundations” are set up to revolve around money and keep documents secret. Outside legal counsel and search firms are hired (at great cost) to serve as private intermediaries.

Athletic departments are very much down with the objection plan, and no sport loves privacy more than football. The coaches also refuse to talk on the field without covering their mouths. Injuries are more closely preserved than enriched plutonium. Practice is stopped, proceedings are kept in suspense with screens and strings attached.

And now, alas, the COVID-19 update has also been pulled inside the cone of silence.

Oklahoma coach Lincoln Riley (21), Which was quite open in the summer about the testing of its team, has now closed. The COVID result will be said “like an injury,” on Tuesday. That is to say, hidden. “I know that until then we have been the most transparent school in the country,” Riley said, according to The oakleyman, “But you don’t want to give your team a competitive disadvantage, so we’re not going to do that.”

This is a coach that coaches are willing to do, and it does not fit over time. Testing positive for a highly contagious disease does not cause sprains in the ankles or separated shoulders or shoulders. It is a public right to know exactly how good or bad a university is – and its athletic teams — consisting of COVID-19. The risk of transmission to others demands public accountability, and one element of the game consists in alerting the opponent.

(The school later clarified Jason Kearcy Athletic That the football program will continue to test positively for the university, county and state. Will it inform the Big 12, which has set a baseline of 53 available players to compete in a game? Dash posed this question to an OU spokesman on Tuesday afternoon but did not immediately hear back.)

Oklahoma is not only the latest team with its testing information, only the latest team. ESPN.com reported earlier this month how about 5 Power 5 programs are not sharing the data of how many positive tests. Among those who are divided, the data is often incomplete or unnecessarily vague.

Public health information should not be handled by football coaches who are concerned with giving rival information – or endangering the ability to compete. For example: In recent weeks, the default answer for athletic programs regarding positive tests is that the virus is being transmitted through social interactions, not during practice or competition. Can we trust that assessment? Especially when there is a strong disinfectant within a team to accept any element that spreads?

If ever there is a time for maximum transparency in college sports, this is it. It is difficult to justify covering injuries; Covering COVID-19 case numbers is worse.

With the news that Rice (22) Delaying the start of practice and postponing their games scheduled for 3 October (Marshall) and 10 (UAB), this further gives rise to a swarm of elite educational institutions that are currently playing football.

Right now, only three of the top 25 national universities in US News & World Report are planning to play this month: Duke (23), Which ranked 10th in the US News rankings, and Notre Dame and Vanderbilt (24), Which is tied for 15th. Top 25 FBS schools not playing: Stanford, Northwestern, Rice, UCLA, California, USC, Michigan.

How little do we know

Fourteen FBS teams have played so far, and Dash is eager to find out how different (as usual) the play has been compared to a typical general president over the years. The sample size is too small to draw any definitive conclusions, but here are some statistics:

Worry about the coaches August crunch (25) It is appropriate to lead a poor defensive game after a week. FBS teams recorded an average of 34.1 points per game, exceeding the highest season average on record (30.0 in 2016). The total offense was 412.36 yards per team, which would be the second-most since 2016 (417.1).

Along those lines: Punting was extremely rare (26). In 2008, the team averaged just 2.5 punts, a record low of 4.6 per team. With Mark Dentnio out of the game and Kirk Ferentz’s team falling out, the number may remain record-setting low.

Despite the lack of fans, bands and other hoopla, Domestic sector gains were strong (29). The home teams went 6-3, with a .667 win percentage that would break the 65.3 set record last season. (This is subject to a market correction, when teams start league games and matches against programs of similar stature.)

There were also games Not even close to passing (30). Just one (SMU-Texas State) was decided by a possession, and this was only the case when the Bobcats gave up a field goal with 45 seconds to get within seven. The average win margin was 16.4 points.

With many ACC League games on tap this week, better competition is expected.