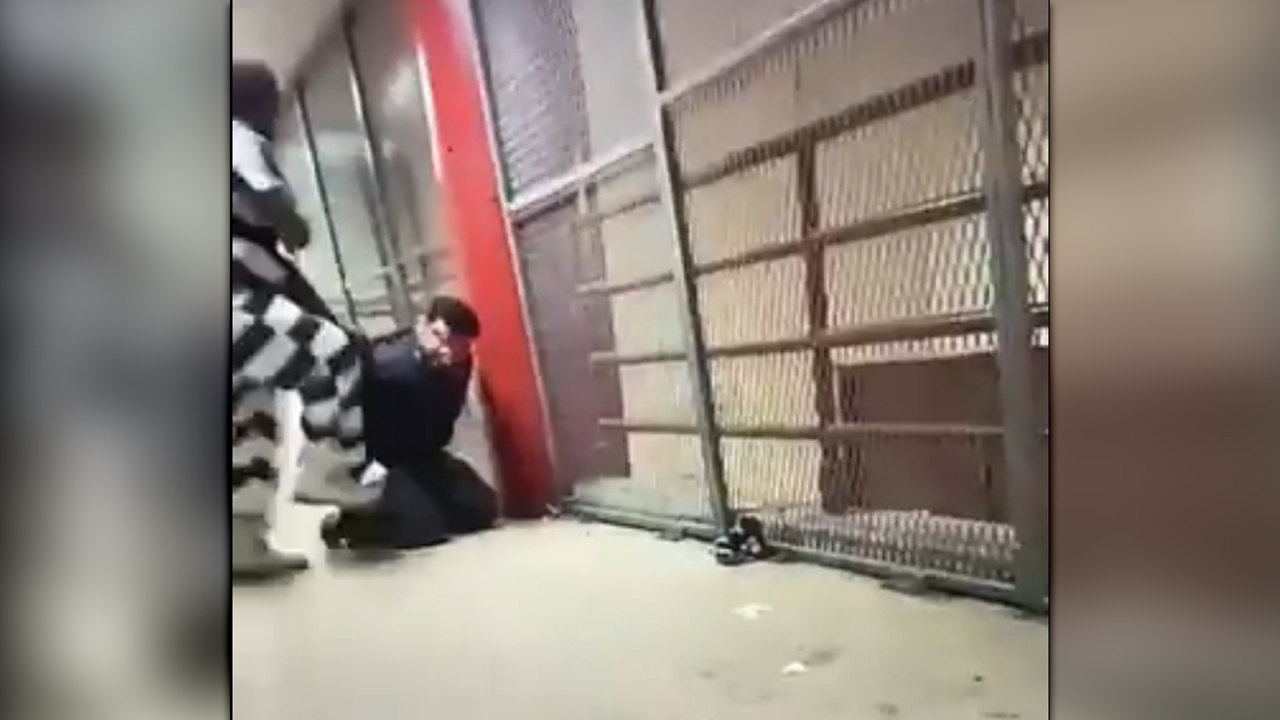 An Oklahoma City corrections officer was taken to the hospital after being held hostage on the 10th floor of the Oklahoma County Detention Center on Saturday.

Officials confirmed with Fox News that one of the inmates holding the prison officer was shot and killed by Oklahoma City police officers.

Oklahoma City Police Department Lt. Wayland Cubit said the officer had been taken to the hospital for treatment, but could not confirm the extent of the injuries the former hostage had sustained.

The officer is believed to have been giving an inmate medication when he was attacked, tied up and had his keys taken away, according to local News 9 reports.

In a series of videos filmed by one of the perpetrators holding the officer hostage, another man talks to the camera while looking over his shoulder.

“We can’t shower,” the inmate is heard saying on camera from above, shouting from downstairs.

In another video, the man filming the incident is heard explaining to the officer: “It has nothing to do with this. It just so happens that it is a product of the situation.”

Although the officer appears to be unharmed, at one point the inmate on camera paces back and forth before reaching the resting position next to the officer and placing an unidentifiable object on the back of his neck.

Officers appeared to be monitoring the situation from the floor below.

The detention center has yet to respond to Fox News’ questions about the inmates or the officer.