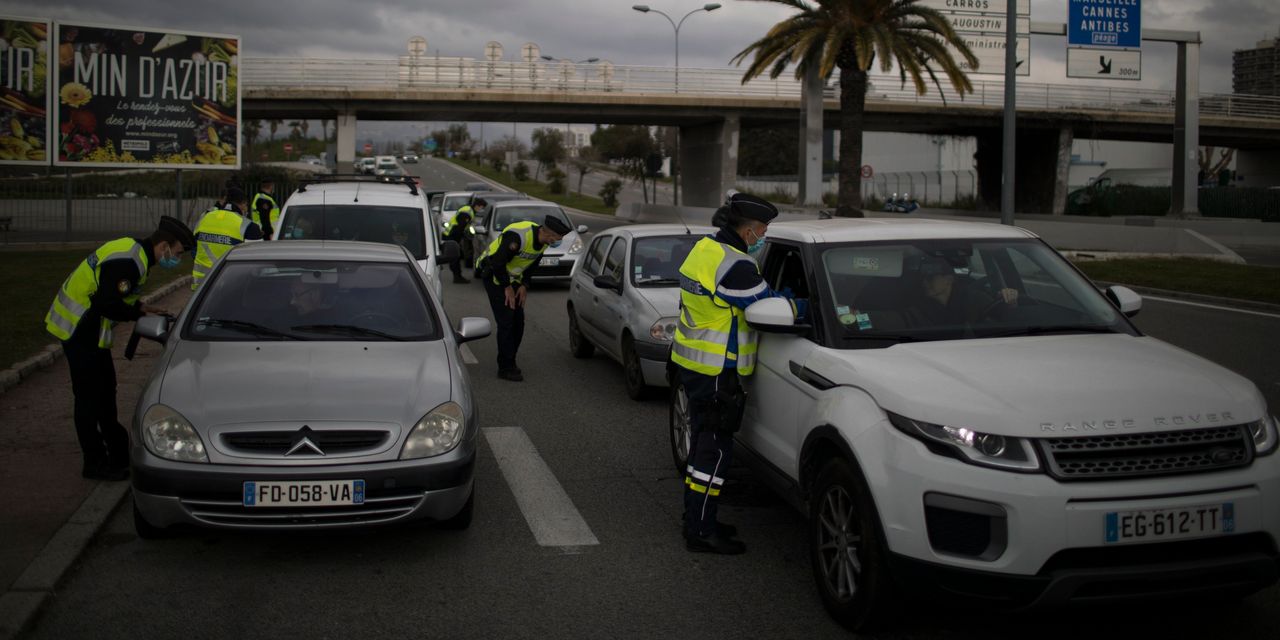 Oil prices fell more than 7% on Thursday, posting their biggest drop in a day since September, as traders weighed signs that demand in Europe could falter and data shows that crude remains plentiful.

US crude prices ended the day down 7.1% to $ 60 a barrel, after their fifth consecutive daily decline. The slide halts what had been an almost uninterrupted rise since the beginning of the year. Even with Thursday’s slide, oil is still rising nearly 25% in 2021. Earlier this month it hit a nearly two-year high above $ 66.

Energy markets have reversed course this week, and investors are concerned that an erratic deployment of coronavirus vaccines in Europe and rising cases in some parts of the world could lead to caution among consumers and weaken demand for fuel. . Although the European Union health agency said Thursday that a vaccine produced by AstraZeneca PLC was safe, many analysts still expect the recovery in fuel demand to be spotty.

France announced on Thursday a new blockade in the Paris region. Germany and France suspended the use of the AstraZeneca vaccine earlier in the week, compounding existing concerns that the region’s economy could lag further behind the rest of the world.

Some traders are also concerned that demand in Asia, which has been stable lately, could disappoint due to border closures and other restrictions.