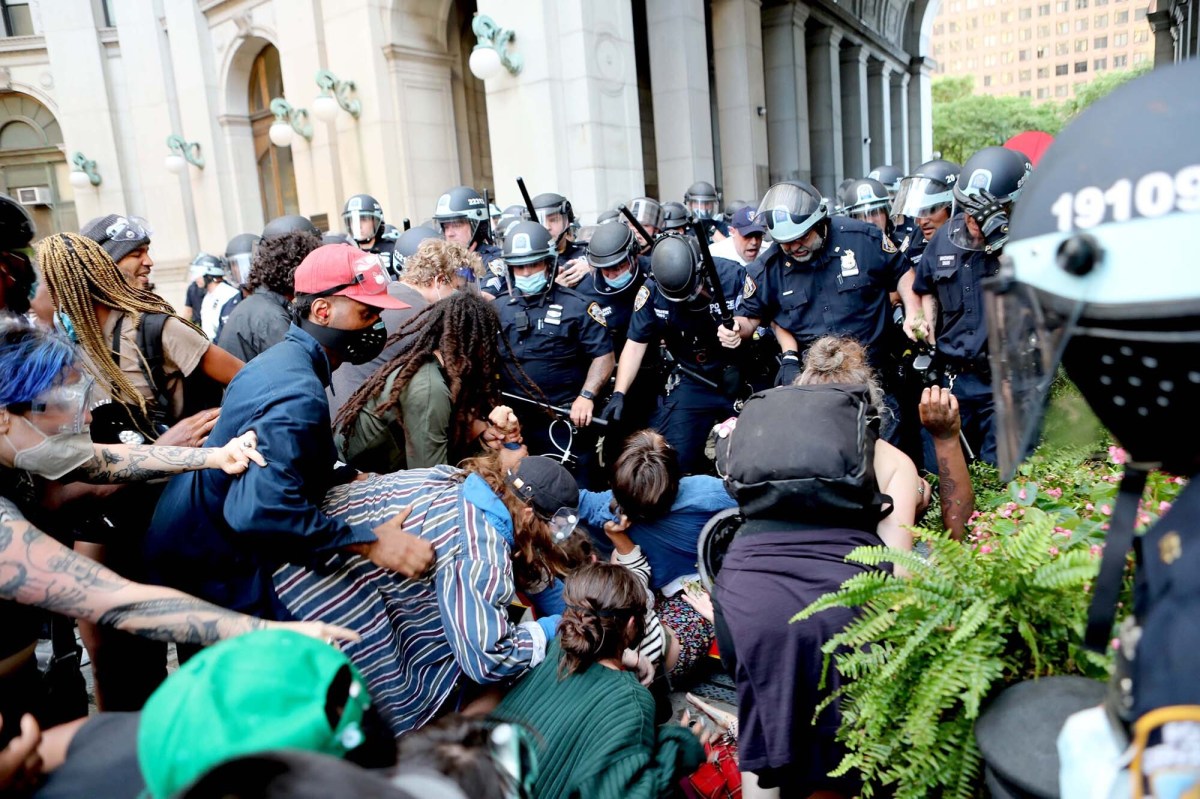 The video posted around 5:45 a.m. shows a crowd of protesters on one side of the street, while dozens of police officers confront them on the other.

“At #OccupyCityHall, the cops are trying to arrest us for being on the sidewalk in the morning on the budget vote,” the video says. “New York, come here now!”

The video released about 15 minutes later shows officers with batons pushing protesters back.

“You are violent!” you can hear a woman claiming. “You are hurting us!”

“Drop my cane!” A demanding policeman is heard.

Tensions came to a head when protesters were furious when police removed the barricades they had established around the park, the videos show.

As some officers move the barricades, others can be seen fighting a man and trying to slap him on the ground, while onlookers yell, “Let him go!” according to a clip posted by PIX 11 reporter Anthony DiLorenzo.

A clip released earlier in the morning shows another confrontation outside City Hall, as protesters clap and shout, “NYPD, back off!”

Police said an 18-year-old man was detained for graffiti on a statue outside 31 Chambers Street, the substitute courthouse, around 2:40 a.m.

The graffiti messages included: “ALL POLICE MEN LIE”, “We are taking what we deserve” and “You damn policemen are being abolished,” the video shows.

A 20-year-old man was arrested about three hours later for hitting an officer multiple times in the head, according to police.

Both were not immediately charged.

Philly canceling all major events until 2021, including the Mummers; Pa. Warns of coronavirus infection pattern – The Philadelphia Inquirer

Philly canceling all major events until 2021, including the Mummers; Pa. Warns pattern of infection …