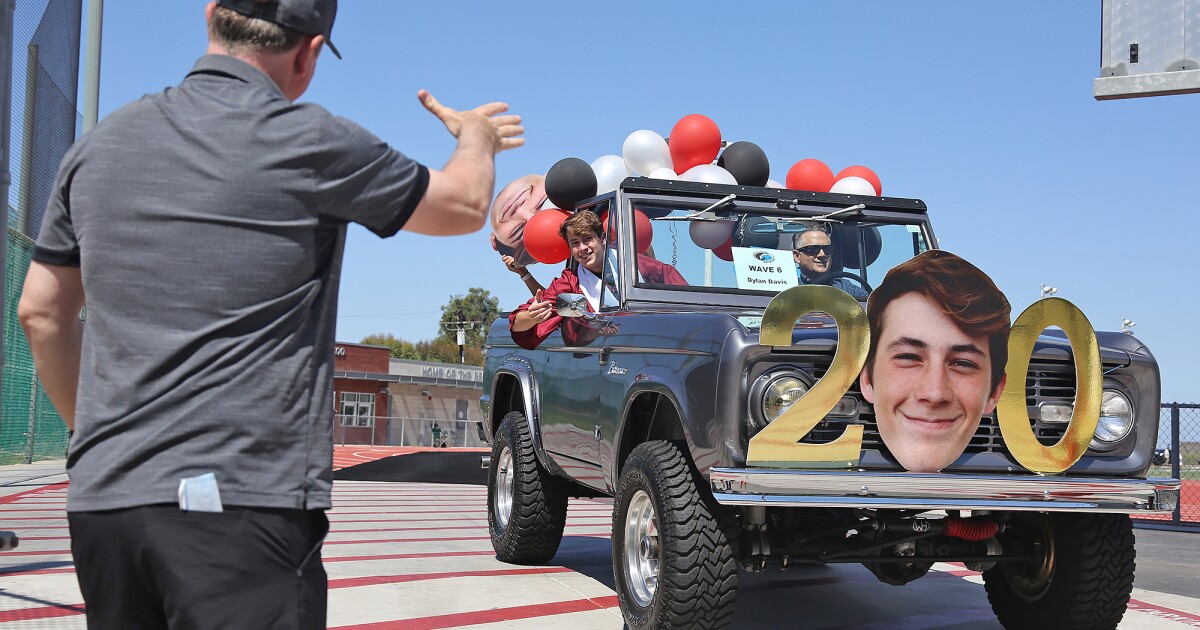 Orange County education leaders are expected to consider on Monday a set of recommendations to reopen schools in the fall that does not include mandatory use of masks for students or greater social distancing in classrooms amid a rise in coronavirus cases.

The recommendations, contained in a white paper, broadly support the reopening of schools in the fall. The document states that remote learning in the midst of the COVID-19 pandemic has been a “total failure” and suggests allowing parents to send their children to another district or charter school for instruction if their local district does not reopen .

“Among the many compelling expert arguments for the reopening of our schools, some of us were also struck by something different, something we could call advice for adults,” the document said. “Among our greatest responsibilities as adults is our responsibility to model courage and persistence in the face of uncertainty and fear, which is what many families feel with the mixed messages and confusion surrounding the reopening of schools in the COVID era. -19 “.

The discussion comes as the state’s two largest school districts, Los Angeles and San Diego, announced that the campuses will not reopen next month amid the continuing increase in coronaviruses and students will continue online learning.

Orange County has become a focus of opposition to mandatory mask rules in public places, and its health director recently resigned after facing intense public criticism and a death threat. Health experts widely say that the masks are critical in slowing down the spread of the virus.

The Orange County guide was compiled from an 11-member panel appointed by the Board of Education last month that includes the Director of the Orange County Health Care Agency, Dr. Clayton Chau, the County Supervisor Don Wagner, a psychiatrist, a professor of urban studies, a professor of public policy, a former superintendent, and physicians.

The recommendations, even if the board approves them during its Monday night meeting, would not be county mandates. The 28 Orange County school districts will ultimately determine if they will reopen in the fall and how their individual schools will operate.

Last month, the Orange County Department of Education released its own list of guidelines for resuming classroom instruction with online learning options. The document, which emphasizes the importance of social distancing and facial linings, is based on guidance from the state Department of Public Health, Supt said. Orange County. Al Mijares

“The recommendations of the majority of the board are not binding. School boards and locally elected superintendents will approve and implement specific plans for their districts based on the needs of their schools and communities, ”Mijares said in a statement. “The OECD is working to support districts in that effort, and we remain 100% committed to following and sharing the guidance of the California Department of Public Health and the Orange County Health Care Agency.”

Still, the panel’s recommendations have sparked controversy between parents and teachers in Orange County. As of Monday morning, more than 26,000 people had signed an online petition rejecting the recommendations and asking elected officials to adhere to the state’s guidance for reopening schools.

“These recommendations are not just for the safety of our teachers, staff, and students, but for each person with whom they come in contact,” the petition says.

The panel’s recommendations address several issues that have been widely debated among Orange County residents in recent months, including social distancing and the use of facial covering to slow the spread of the virus.

The document states that since children represent the “lowest risk cohort for COVID-19 … children’s social distancing and reduced-census classrooms is not necessary and therefore not recommended.”

Ryan Schachter, a special education specialist at Corona del Mar Middle School and Corona del Mar High School in Newport Beach, said he is divided on the recommendations of the Board of Education. He also said he did not plan to see the special meeting Monday night at Zoom.

“I really don’t know what to think about all this,” said Schachter, who has taught for 18 years, 17 of them with the Newport-Mesa Unified School District.

“As a special educator, I know that our population is undoubtedly more affected by distance learning. As an educator, I want my students to be in the classroom, where I can directly impact their education. I can talk to them, work with them, and interact with them. We just can’t do that with the same intensity and effectiveness online, ”he said.

“However, as the father and husband of a wife with an autoimmune disorder, I am not sure that being in the classroom without adequate security measures is in the best interest of my family or the community in which we live and serve. I am really in conflict with what needs to be done. I don’t like the idea that politics is also trying to govern the pandemic; that’s awful for me. “

Experts have said that while infection rates among children have been lower than in adults, young people can easily transmit the virus to other family members, including their parents and grandparents, who may be at increased risk for serious complications.

“The evidence shows that children so far are less likely to be infected, although that comes from our children not being in school,” said Paula Cannon, a professor of microbiology at USC’s Keck School of Medicine. “It would be difficult to say that this means that children are somewhat more resistant to the virus.”

The document also states that children were not recommended to wear masks since “it is not only difficult, if not impossible to implement, but [is] it is not based on science “and” it can even be very harmful “.

Cannon said she was “amazed” that the panelists argued that the use of masks was not necessary and that “she could not disagree more strongly” with the recommendation.

Facial coatings, frequent handwashing, and physical estrangement among medical experts have been widely cited as the public’s key weapons to combat the virus. While persuading children to wear masks, and keeping them on, can be challenging, it’s important for adults to model behavior appropriately to make it more comfortable for students, Cannon said.

“There is increasing evidence in favor of the effectiveness of wearing masks,” he said. “The addition of that statement tells me that this is not a set of recommendations based on science or best practice.”

“I am appalled that the leadership responsible for the safety of our children and their families stoops down to using that language,” she added. “It is not based on anything.”