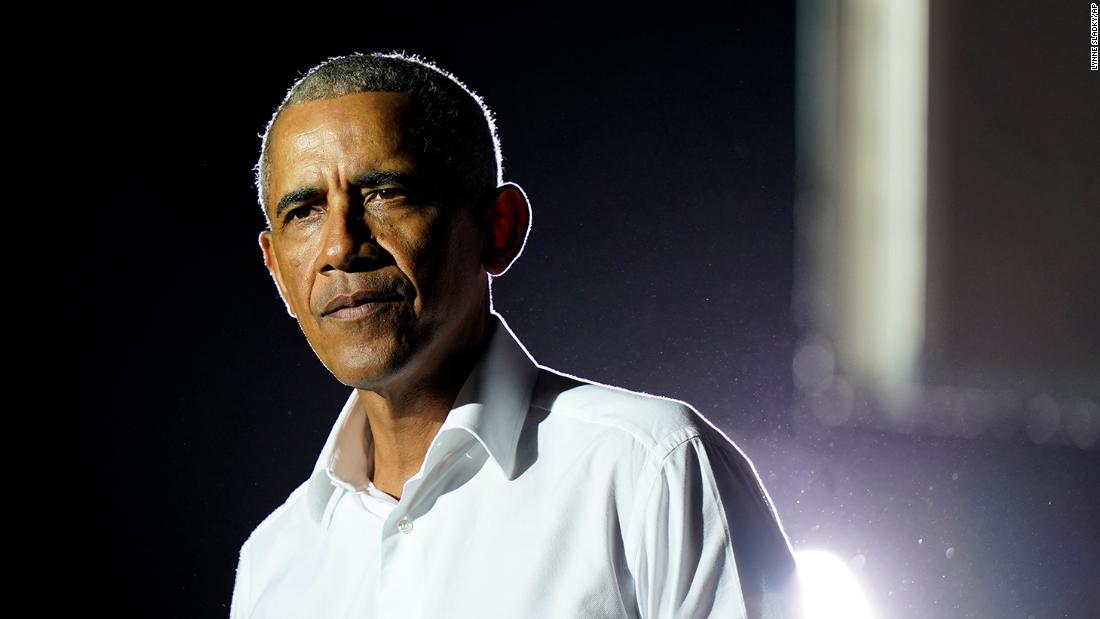 When Barack Obama and his editors selected this week to publish the first volume of their memoirs “A Promised Land” at Crown Publishing of the Penguin Random House, they hoped that the election results would be clear, that Obama’s vice president Joe Biden’s Will be busy with Transition work, and that there will be no widespread disturbance.

They turned out to be true in all three calculations: Tuesday is a wide-open launchpad for Obama’s book, which is expected to be the year’s biggest-selling title, in the form of Michelle Obama’s “Being”.

But he also hoped that Obama and the memoirs would compete with President Trump for attention, and the same is true. Trump has consistently said on Twitter, “I believe nothing” and is spreading lies about widespread fraud. So Obama’s interviews and public demonstrations are about his time in office, yes, but they are also about Trump’s misconduct, and whether Biden will be able to restore any normalcy. So far from his comments, Obama is clearly concerned that the information universe has changed in ways that are destabilizing for democracy. let’s take a look…

“The biggest threat to our democracy”

On Monday morning, The Atlantic is publishing Jeffrey Goldberg’s extensive interview with Obama. In it, Obama talks about the “general narrative” provided by previous anchors such as Walter Cronkite, when broadcast towers and printing presses are limited that can be heard and when.

“I am very concerned with this book, for which we do not have a common baseline of fact and a common story,” said Goldberg. “We don’t have a Walter Chronic describing the tragedy of the Kennedy assassination, but equally supporters and opponents of the Vietnam War, saying that this is not what the generals and the White House are telling us. Without this common narrative democracy . Very difficult.”

Later in the interview, Goldberg asked, “Is this new maleist information architecture tilting the moral arc away from justice?”

“I think this is the biggest threat to our democracy,” Obama said. “I think Donald Trump is a creature of this, but he didn’t make it. He may have been an accelerator of it, but it was before that and will rule it out. How we address it, I’m very upset by it . “

The genie is gone

In the interview, Obama demonstrated his familiarity with nightmares like QAnon and a realistic outlook toward the near future. “You can’t put the genie back in the bottle,” he told Goldberg. “You are not going to eliminate the Internet, you are not going to eliminate thousands of stations on the air with niche audiences designed for every political priority. Without it it becomes very difficult for us to deal with big things. It gets harder. To say to us, ‘Hey, we have an epidemic, it’s deadly; it’s serious; let’s put the bias aside; let’s listen to Anthony Fauci because he’s been in this way for a long time.’ Is studying. We cannot get everything right, because science works iteratively, but let science get as close as possible, we do it to save the life that science tells us. ‘ It gets tough. “

The interview is available on TheAtlantic.com…

His sit down with Gayle King aired on “CBS Sunday Morning”. He asked, “Seventy-two million people voted Donald Trump. What do you say about the situation in this country?”

Obama said, “Well, what it says is that we are still deeply divided.” “The power of the alternative worldview that has been presented in the media that the voters who consume bear too much weight.”

Obama also repeatedly appeared on “60 Minutes” with Scott Pelley in Obama’s interview. The quote came out: “I think we are going to work with media and tech companies to better inform the public about the issues and standards to ensure that we separate truth from fiction We can. I think we have to work at the local level. “He is right that the local level is” where we have to start in terms of rebuilding the social trust that we need for democracy to work. “

>> Coming: Obama’s next interview with Michael Martin of NPR … Excerpts: On Monday, the wind will blow through the day…