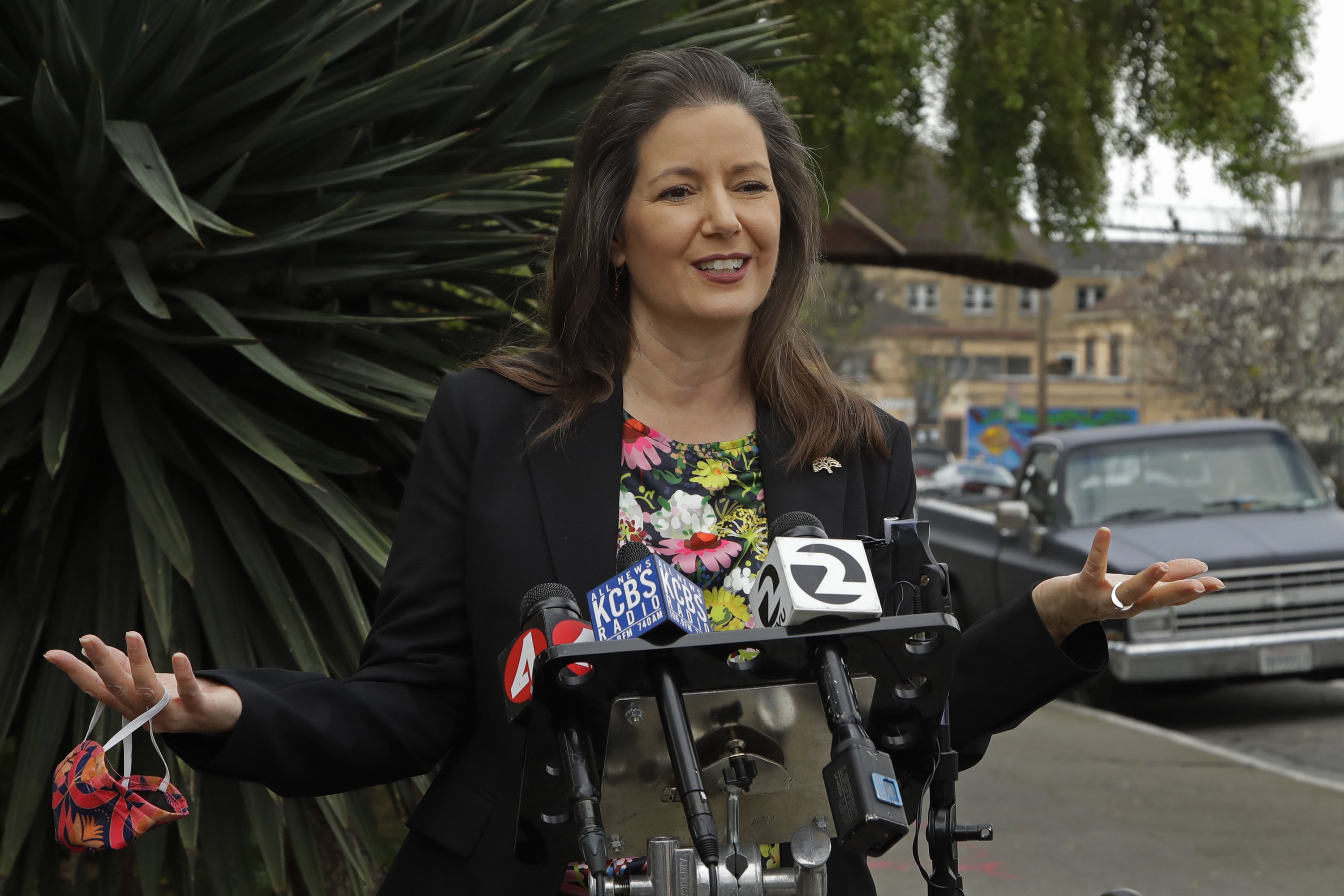 SACRAMENTO, Calif. (AP) – The mayor of Oakland, California, announced Tuesday a privately funded program that will give low-income families of color $ 500 a month with no rules on how they can spend it.

The program is the latest experiment with a “guaranteed income,” an idea that giving the poor a fixed amount of money each month helps alleviate the stress of poverty that often leads to health problems and hinders their ability to find full time work.

The idea is not new, but it is making a comeback in the U.S. After some mayors launched small temporary programs across the country in a coordinated campaign to convince Congress to adopt a national guaranteed income program.

The first program launched in 2019 in Stockton, California, Led by former Mayor Michael Tubbs. Tubbs, who founded the Mayors for a Guaranteed Income group, has said that about six similar programs in other cities should be up and running by the summer.

“We have designed this demonstration project to add to the body of evidence and to begin this relentless campaign to adopt a guaranteed income at the federal level,” said Oakland Mayor Libby Schaaf.

The Oakland Resilient Families program has so far raised $ 6.75 million from private donors, including Blue Meridian Partners, a national philanthropic group. To be eligible, individuals must have at least one child under the age of 18 and an income equal to or less than 50% of the area median income, about $ 59,000 per year for a family of three.

Half of the spots are reserved for people earning less than 138% of the federal poverty level, or about $ 30,000 per year for a family of three. Participants will be randomly selected from a pool of applicants who meet the eligibility requirements.

The Oakland project is significant because it is one of the largest efforts in the United States to date, targeting up to 600 families. And it’s the first program to strictly limit participation to black, indigenous and people of color communities.

The reason: White households in Oakland earn on average about three times more a year than black households, according to the Oakland Equity Index. It’s also a nod to the legacy of the Black Panther Party, the political movement that was founded in Oakland in the 1960s.

“Guaranteed income has been a goal of the Black Panther platform since its founding,” said Jesús Gerena, executive director of the Family Independence Initiative, which is partnering with the program in Oakland. “Direct investment in the community in response to systemic injustices is not new.”

The idea of ​​a guaranteed income dates back to the 18th century. The United States government experimented with it in the 1960s and 1970s when Republicans Donald Rumsfeld, later Secretary of Defense, and Dick Cheney, the future Vice President, oversaw four programs across the country during the Nixon administration.

Those studies found that the money didn’t stop people from working, prompting Nixon to recommend expanding the program. But it never went through Congress.

Decades later, advocates try again, only this time it’s run by progressive mayors. The program in Stockton, California, ended in February. An independent review found that after a year of receiving the money, 40% of recipients had full-time jobs compared to 28% before the program began.

“The fact that mayors are piloting (guaranteed income programs), using political capital to raise capital and enable their constituents to have basic needs, is a policy failure,” said Tubbs. “It’s an admission that we have to do more.”

It is not clear what a national guaranteed income program would look like. A proposal by former Democratic presidential candidate Andrew Yang could have cost $ 2.8 trillion a year.

A form of guaranteed income could go into effect for many parents this year as part of the latest federal stimulus package. Congress expanded the child tax credit, with the goal of giving many parents monthly payments of up to $ 300 per month. Those payments are temporary.

In California, a proposal by Assemblyman Evan Low to give $ 1,000 a month to adults with certain incomes could cost up to $ 129 billion a year, more than half of the state’s total budget, paid for with a new 1% income tax. over $ 2 million. Low said that bill is unlikely to pass this year, but said its goal is to get people comfortable with the idea.

“The initial shock seems to wear off as people educate themselves and realize the benefits of having more control over their lives,” Low said.

“We believe that these safety net programs should not disappear, but should be supplemented with unconditional cash that gives families the dignity and flexibility to meet their needs,” he said.