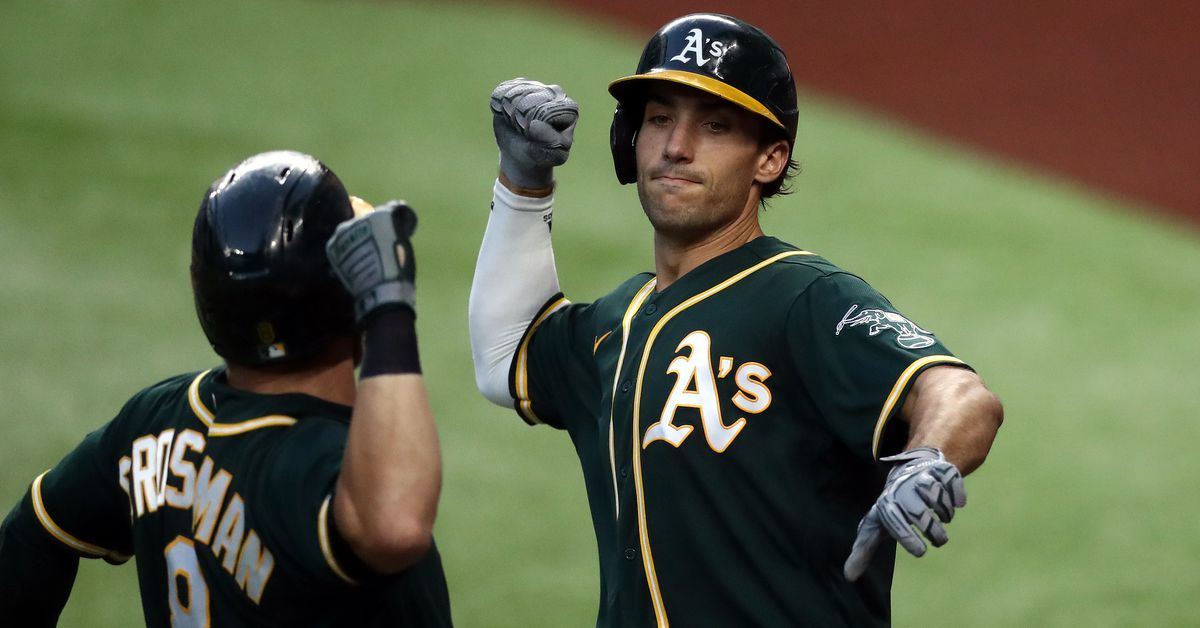 The Oakland A’s have written a lot for a late-starting comeback this summer, but on Friday they started the business early.

The A’s scored eight runs in the first three innings, then withdrew a late charge by the Texas Rangers to secure a 10-6 win, in a game that included five total homers, 20 hits, and a dozen walks between the two clubs.

The A’s lineup started working right from the start of the first innings. His first three batters of the game went on to load the bases, and then clean hitter, Matt Olson, launched a deep slam to the seats in right field. He was dismissed before scoring four runs.

Oakland added 2 more in Oakland by Sean Murphy (third in their five matches), an RBI single by Olson and a holy fly by Mark Canha. Tommy La Stella starred in another single in the 3rd, Robbie Grossman in the 6th, and La Stella came home with a final insurance run in the 9th and made any kind of contact with the bus loaded bases.

Due to a huge early lead, A’s starter Mike Fiers chewed in six innings with only one run allowed. However, he finished 7th and the Rangers finally reached him, taking out a three-run rally which impressed everyone.

Texas picked up a pair against the Oakland pens and brought it back to 9-1 and closed it out as 9-6, but they couldn’t make the final push and the A’s held on.