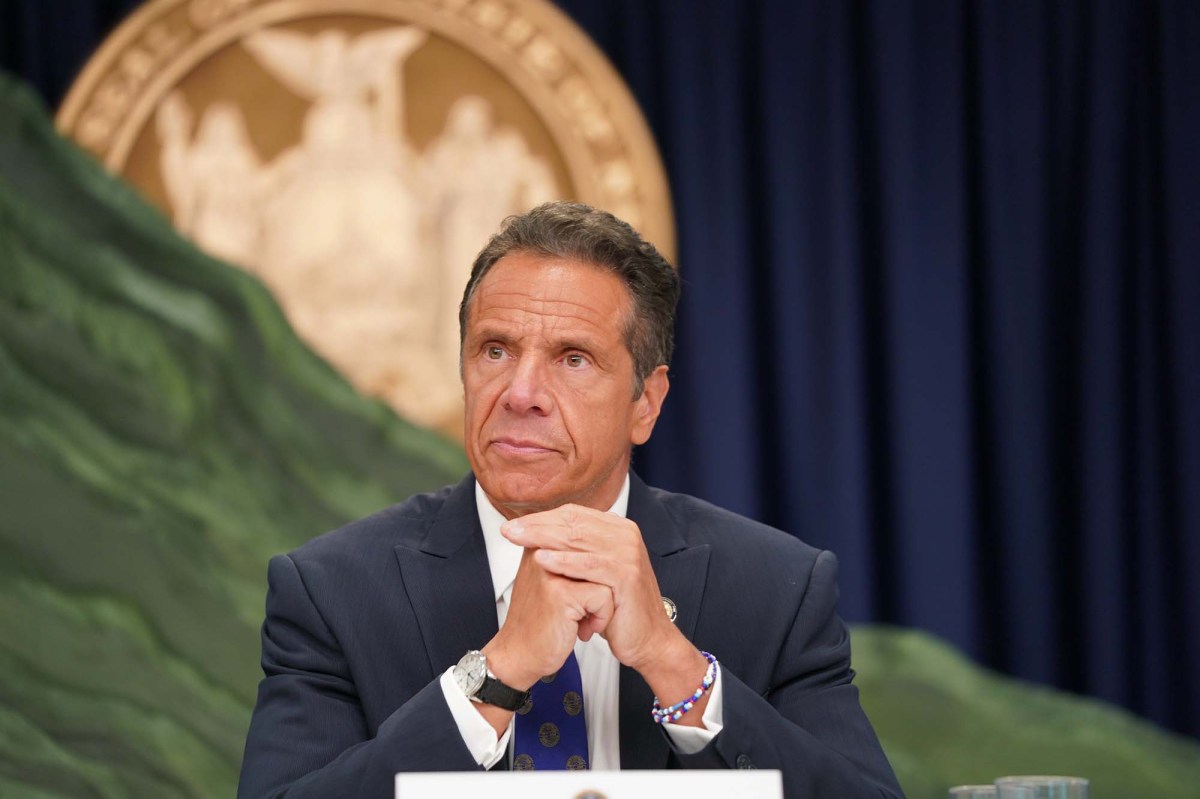 Thousands of healthy and developmentally disabled New Yorkers are being held behind closed doors due to a bureaucratic regression, backed by Governor Andrew Cuomo and hidden from public view by the COVID-19 crisis. The situation sadly recalls the horrors of Willowbrook State Hospital.

New York State is approaching the new normal: tattoo parlor inking, nail salon trimming, nail parlor trimming, sling bars. Meanwhile, New Yorkers with developmental disabilities are being held prisoners in group homes because a state licensing agency has adopted a “one-size-fits-all” program. My son Dan, 32, is one of them.

The agency, the Office for People with Developmental Disabilities, ordered that all group home residents be confined to rooms in late March as the COVID crisis began to unfold. They remain so today because the disabled are not a priority of the Cuomo administration.

Dan was an active guy: he played ice hockey with special equipment, cultivated the land on an organic farm, and loaded bales of hay, usually two at a time, in a horse stable.

Now her only outdoor activity is a daily walk around the block in a leafy section of Long Island.

Dan and three of his roommates contracted the virus in late March. It was a difficult two weeks: our only observation via FaceTime coordinated by dedicated and caring staff. The boys recovered.

We asked Dan to be allowed some freedom with safety precautions (wear a mask outside). OPWDD said no: Many group home residents are at high risk because of medical conditions (Dan is physically quite healthy) or because they are older (Dan is 32 years old). One size fits all.

In the 1960s, institutionalization was the government’s response to developmental disability. Most did not think about it until Geraldo Rivera introduced cameras into Dickens’ chamber.

The late Senator Robert Kennedy said Willowbrook was caused by the “inattention, lack of imagination” of a state agency. Later, Governor Mario Cuomo said Willowbrook happened because “the government was distant, remote, it did not respond.” Déjà vu again?

Why don’t we take Dan home? Because if we do, the state threatens to prevent him from coming back, even if his 65-year-old parents got sick.

Dan doesn’t want a tattoo or a permanent; he just wants to go to the beach to surf. In 2002 we started a program to introduce people with autism to the healing powers of the ocean. That’s where Surf For All, a Long Beach, LI charity, was born, bringing thousands of ocean lessons to challenged athletes.

Dan wants to go out, away from the television, away from the air conditioning, to taste the salty air seven miles away. The folks at Surf For All have adopted strict post-COVID security measures, including temperature controls and masks for surfers and students. Your new wetsuit is not worn.

OPWDD will not allow Dan to get into our car and refuses to allow residents to ride in agency vans for anything other than a visit to the doctor. Why? I won’t say it (On the sidelines? Lack of imagination?)

If he could speak, Dan would tell him that he needs the ocean more than another medical checkup.

OPWDD’s only concession: half-hour family visits to the group home, completely masked. We had our father’s day. Dan gave me a gift, a framed photo of the two of us at a social event, and a card with a cartoon of a bear and the words, “Happy Father’s Day to a father who can fix anything!”

I have fought many battles for my son over the years, rejecting demands that he enter an institution at age 5 (he said the same to Willowbrook’s parents years before). We blocked school officials who were trying to force him into a residential facility (later unmasked as a bastion of sexual predation). Dan doesn’t understand why he can’t go to the beach. His eyes plead: Dad, take me to the beach.

Willowbrook happened because the residents were locked up; if you didn’t have a relative there, you didn’t know. Today, residents of group homes in New York are in the same position and remain at the bottom of the priority list for the Cuomo administration. I wish I could be the father to fix this.

Jim Mulvaney is a former journalist. He lives in Long Beach.