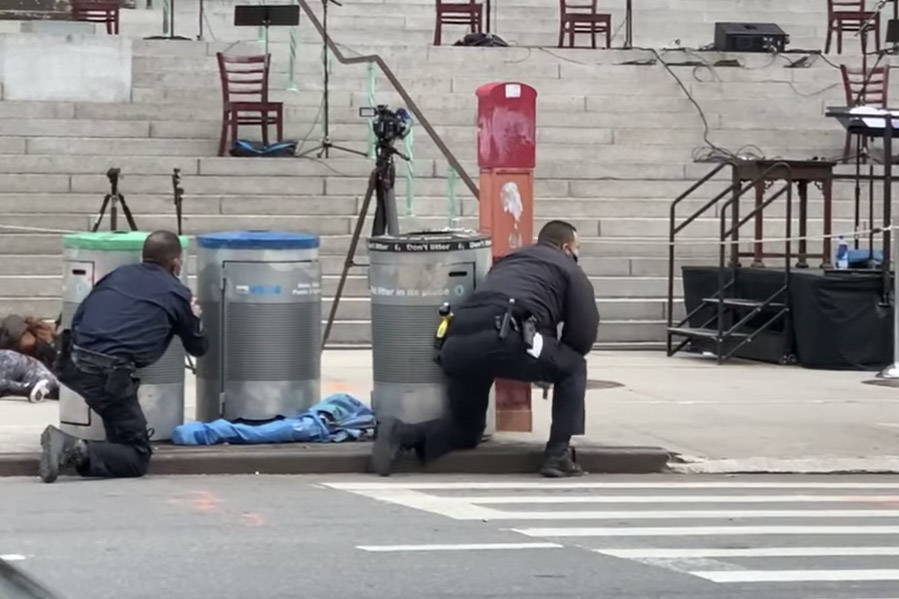 The video was posted on Facebook by Steven Wilson, who wrote that he and his family attended an outdoor Christmas choir concert at St. John the Divine Cathedral, a daylight shoot at 3:45 p.m. Was before

The unidentified 52-year-old suspect can be seen falling to the ground outside the church entrance after at least 13 shots were shot in the video clip.

“Kill me! Kill me!” According to the footage, Frantic shouts from the top steps of the church towards the police gathered on the street.

In the video, a policeman is seen running behind a garbage dump in front of the church, where he ducks, shoots and repeatedly begs the man to drop his gun.

The officer then fired, the suspect can be seen going behind a church pillar.

Soon after, another soldier along with his accomplice joined behind the garbage. After the speeding of the bullets, the suspect eventually falls to the ground, footage shows.

More than a dozen cops drew up the stairs with their guns, before they were sure to surround the suspect.

Officials said no one else was injured.