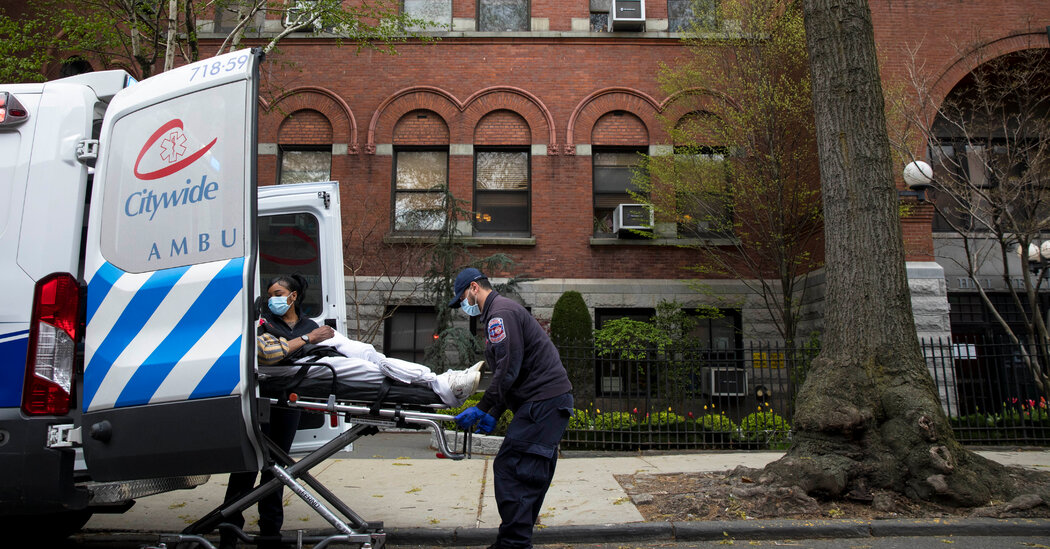 ALBANY, NY – The New York State Attorney General charged with reducing coronavirus-related deaths in nursing homes by at least 50 percent, according to a report released on Thursday.

The count of deaths in the state’s nursing homes has been a source of controversy for the government. Andrew M. Cuomo and state health department officials, who are sensitive to any suggestion that they played any role in the number of deaths in nursing homes, put the state at more than 8,500.

They have also been accused of more accurately estimating deaths in nursing homes, as the state has only counted deaths at actual facilities, rather than deaths of residents transferred to hospital and their died.

In one instance, an anonymous facility confirmed 11 and confirmed deaths at the site in early August to the Health Department. However, the Attorney General’s survey of the same facility reported 40 deaths, including 27 at home and 13 at hospitals.

“Preliminary data obtained by the OAG suggest that many nursing home residents died of Kovid-19 in hospitals after being transferred from their nursing homes, which is not reflected in DOH’s published Total Nursing Home Death data,” the report A summary of the findings reads.

The findings of Ms. James, a Democrat, may put her in direct conflict with the state’s three-term Democratic incumbent Mr. Cuomo, who has deferred her and her administration’s response to the coronovirus crisis despite more than 42,000 deaths in the state . .

Ms. James’ report found in many homes that “failing to follow critical infection control policies,” included not isolating residents who tested positive for the virus or screening staff.

The cause of death in the state’s nursing homes has been a source of suffering for residents and their families, and is a political obligation for Mr. Cuomo, who has pushed back on allegations that his administration was not sufficient to protect the highly vulnerable population Was. In particular, Mr. Cuomo was criticized for a March 25 memo from the Department of Health that ordered the nursing home to accept patients who tested positive.

In late July, the Department of Health released a report stating that the policy may have caused outbreaks in nursing homes, instead finding that the majority of those patients “were no longer contagious when admitted and therefore infections Were not the source of. ” The report also concluded that the virus was instead spread by employees who did not know they were contagious.