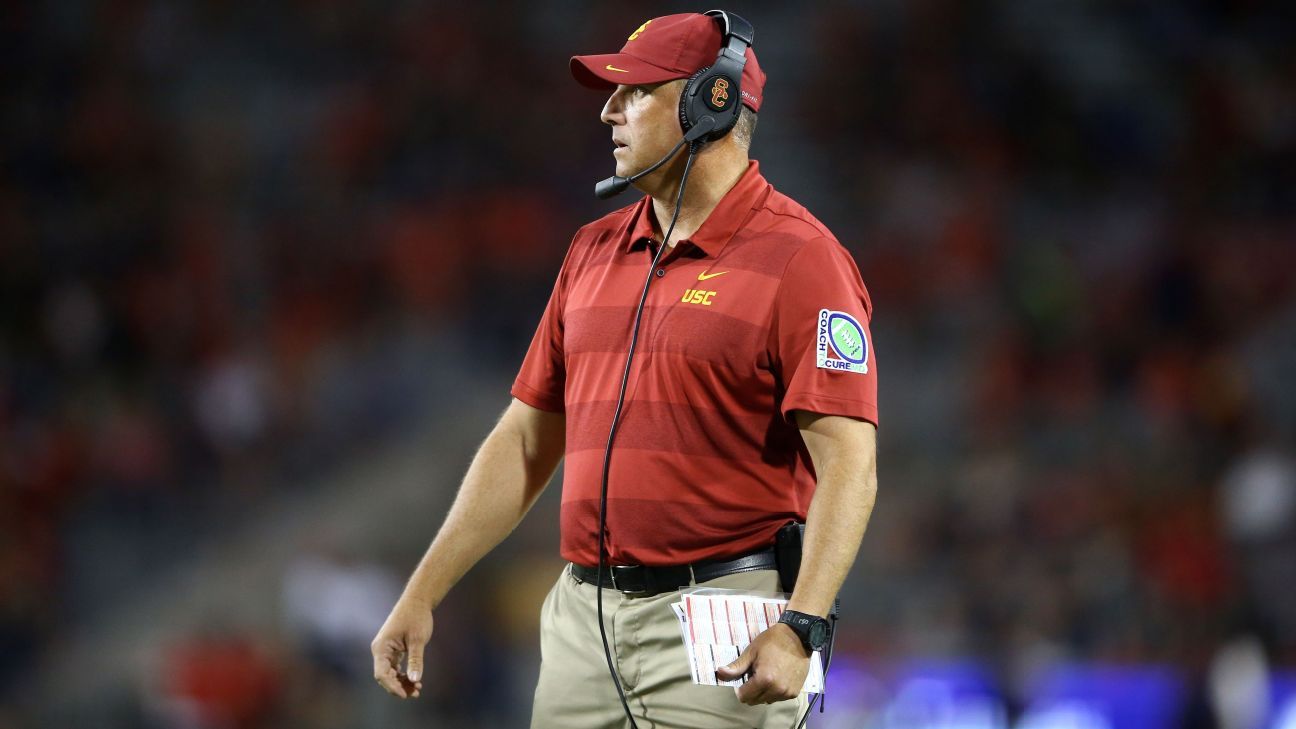 TUCSON, Ariz. – Southern California had too many penalties, struggled in the red zone and found itself in the hole late for the second straight week.

The Trojans rallied to win a week earlier, and they did it again with another pair of late scoring drives.

This epidemic — a short season — has been a residential theme for USC so far.

Vavae Malepeai made 25 seconds of his way through multiple tacklers to run an 8-yard touchdown, and No. 20 USC beat Arizona 34–30 on Saturday.

“We have some things we need to do better, but we are 2-0 up,” Trojan coach Clay Helton said. “A lot of teams would like to be in that position.”

USC was outscored by Arizona State last week before scoring two touchdowns in the final three minutes of a 28–27 victory.

The Trojans again rallied late to win the game, which they had played the most times on Saturday afternoon.

In fact, USC has won both of its games after the final two minutes. Entering their winning campaign last week, the Trojans had a 22% chance of winning. Upon entering the winning drive this week, he had a 15% chance of collecting the win. According to ESPN’s win probability model, there was only a 3% chance of winning both games.

None of those numbers mattered to the Trojans on Saturday.

Slovis, with a quick goal, completed four straight passes for 68 yards, and Malepei drew a 75-yard drive with several Arizona defenders in the end zone.

“In the end, our kids did what they did last week,” Helton said. “They never panicked when it mattered most, they did very well.”

Gunnell threw for 286 yards and three touchdowns to Arizona, playing his first game against Utah as a last week’s opener due to a coronovirus.

“There’s definitely some disappointment, especially when it’s close and everyone is saying you’re a Dalit – literally everyone,” Gunnell said. “But we are optimistic and we are motivated. It is the 20th ranked team in the country and the first game of the year.”

The serial entered the 2020 season as a starter after sharing time with Khalil Tate last year and had a streak of 92 straight passes without an interception. Streak almost finished on his first pass against USC and then on the second, when he overthrew a receiver in the arms of Talanoa Hafanga.

Gunnell was much better on the next drive, hitting Jomery Joiner on a short pass that turned into a 34-yard touchdown.

Arizona continued to churn by halftime to the yard – 231 – but had to settle for three field goal attempts. Lucas Harrisick scored two, and USC gave Stephen Carr 2 made minutes into the 3-yard run after halftime with a 17–13 lead.

Arizona tied it at 20 when Gunnell hit Tynion Cunningham for a 75-yard touchdown reception in the third quarter.

USC struggled in the Red Zone early in the second half.

Amon-Ra St. John grabbed a brilliant catch from 48 yards, but the Trojans stayed and settled for a 28-yard field goal from Parker Lewis. On the next drive, Steppe ran 49-yards, and USC marched down to Arizona’s 1-yard line. Successive fines supported the Trojans, and Lewis gave wide possession to a 28-yard field goal.

Another drive in the Red Zone, another trip without points. This time, Arizona stopped the Trojans on fourth-and-1 from the Wildcats 4.

Harrisick gave Arizona its first lead, 23-20, with a 51-yard field goal through the fourth.

Arizona coach Kevin Sumlin said, “You either win or lose, but we had some experienced guys that we expected to play well and obviously some freshmen, whether they were transfers or youngsters, who Played well, but not enough to win. ” “This is the bottom line.”