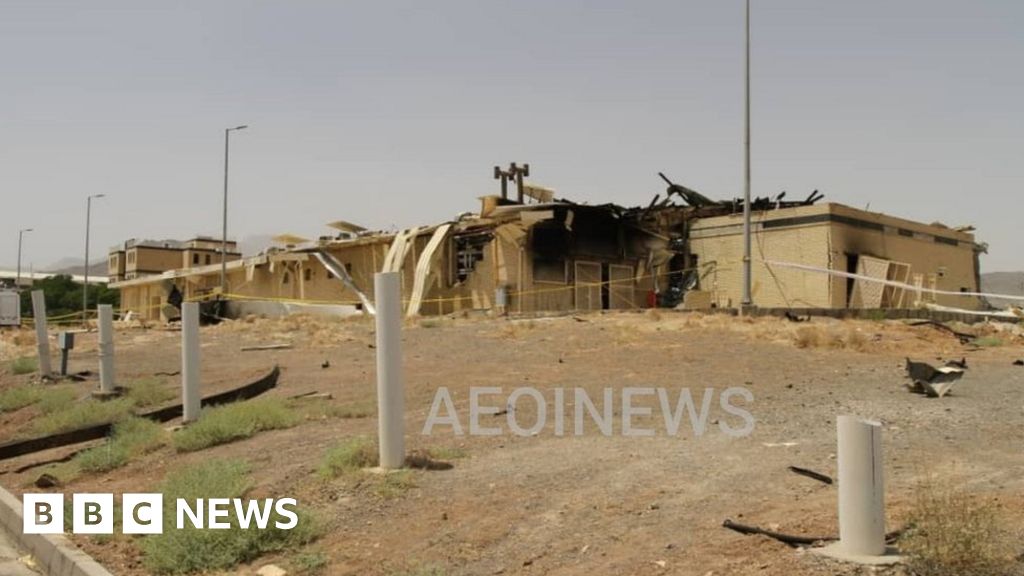 Iran says there has been an “incident” at one of its nuclear facilities.

Iranian Atomic Energy Organization (AEOI) spokesman Behrouz Kamalvandi did not elaborate on what happened at the Natanz uranium enrichment plant.

But he said the incident took place in a building that was under construction, and that there were no victims or concerns about the contamination.

The governor of the city of Natanz was later quoted by the Tasnim news agency as describing the incident as a fire.

Ramazanali Ferdowsi said firefighters and rescue teams had been deployed to the site, which is about 250 kilometers (155 miles) south of the capital, Tehran.

Later, AEOI released a photograph that allegedly shows the building where the incident occurred. Its roof was damaged and one wall was charred.

The International Atomic Energy Agency (IAEA), which monitors Iran’s compliance with a 2015 nuclear deal reached with world powers, said it was aware of reports about the Natanz incident and that it currently does not foresee any impact on its activities.

Under the agreement, Iran agreed to limit its sensitive nuclear activities and allow international inspectors in exchange for the lifting of crippling economic sanctions.

The Natanz incident comes six days after an explosion near a sensitive military site east of Tehran, which Iran said was caused by “gas tank leaks.”

The Parchin military complex is where Western powers suspect Iran carried out tests related to detonation of nuclear warheads more than a decade ago. Iran has denied seeking to develop nuclear weapons.

Natanz is the largest uranium enrichment facility in Iran.

It is made up of three large underground buildings capable of housing tens of thousands of centrifuges. Uranium hexafluoride gas is fed to them to separate the most fissionable isotope, U-235.

The 2015 nuclear deal saw Iran agree to only produce low-enriched uranium, which has a U-235 concentration of 3-4% and can be used to produce fuel for nuclear power plants. Weapon grade uranium is 90% or more enriched.

Iran also agreed to install no more than 5,060 of the oldest and least efficient centrifuges at Natanz until 2026, and not to carry out any enrichment at its other underground facility, Fordo, until 2031.

Last year, Iran began voiding these commitments in retaliation for US President Donald Trump’s decision to abandon the nuclear deal and reinstate sanctions.

In November Iran said it had doubled the number of advanced centrifuges operating in Natanz and began injecting uranium hexafluoride gas into Fordo’s centrifuges.