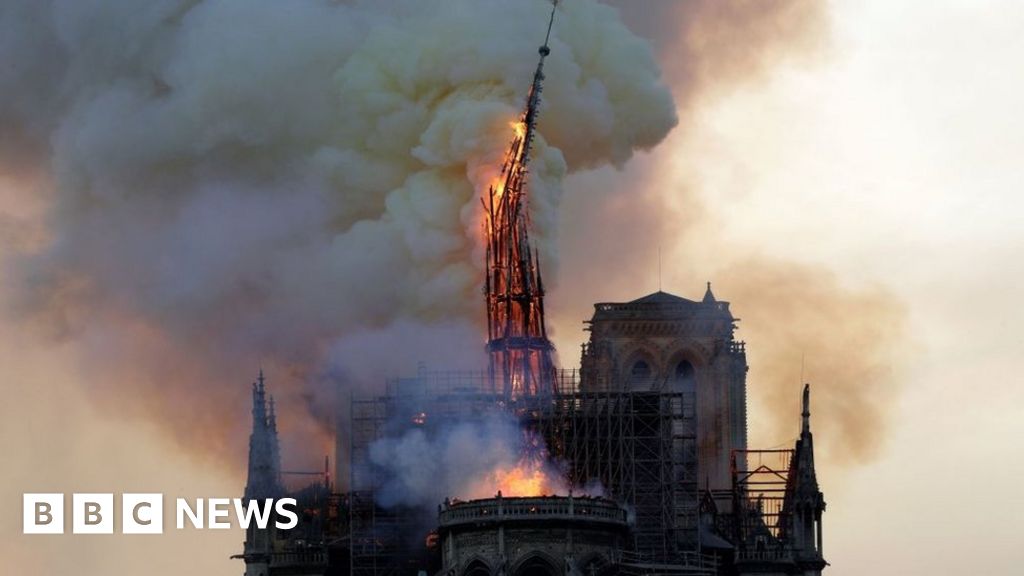 The tower of Notre Dame Cathedral, which was destroyed in a fire last April, will be restored according to the original Gothic design.

French President Emmanuel Macron announced the decision, ending speculation that the spire would be rebuilt in a modern style.

Macron had previously hinted that he was in favor of a “contemporary gesture.”

However, he has said that he wants the restoration to be completed by 2024, when Paris will host the Olympics.

Elysee said Macron’s main concern was “not to delay reconstruction and complicate it, things had to be cleared up quickly.”

He added that the process of designing a modern stylus, with international competition for architects, could have caused unnecessary delays.

“The president trusts the experts and approved the main contours of the project presented by the chief architect who plans to rebuild the spire identically,” said the Elysee.

The announcement followed a meeting of the French National Heritage and Architecture Commission (CNPA).

When the roof of the 13th-century Paris cathedral caught fire during restoration work in April 2019, it sparked a great deal of excitement, as well as donations from around the world.

Since the fire last year, the discussion about how to restore the needle has been tense.

Jean-Louis Georgelin, the army general in charge of reconstruction efforts, wanted a modern alternative. This idea briefly seemed to have the backing of President Macron, when he said he would be in favor of a “contemporary gesture.”

This sparked a wave of unconventional proposals from architects around the world, including one design with a rooftop pool and one with a giant park and rooftop greenhouse.

But the main architect of the cathedral, Philippe Villeneuve, came out firmly in favor of a faithful restoration of the previous design from the 19th century.