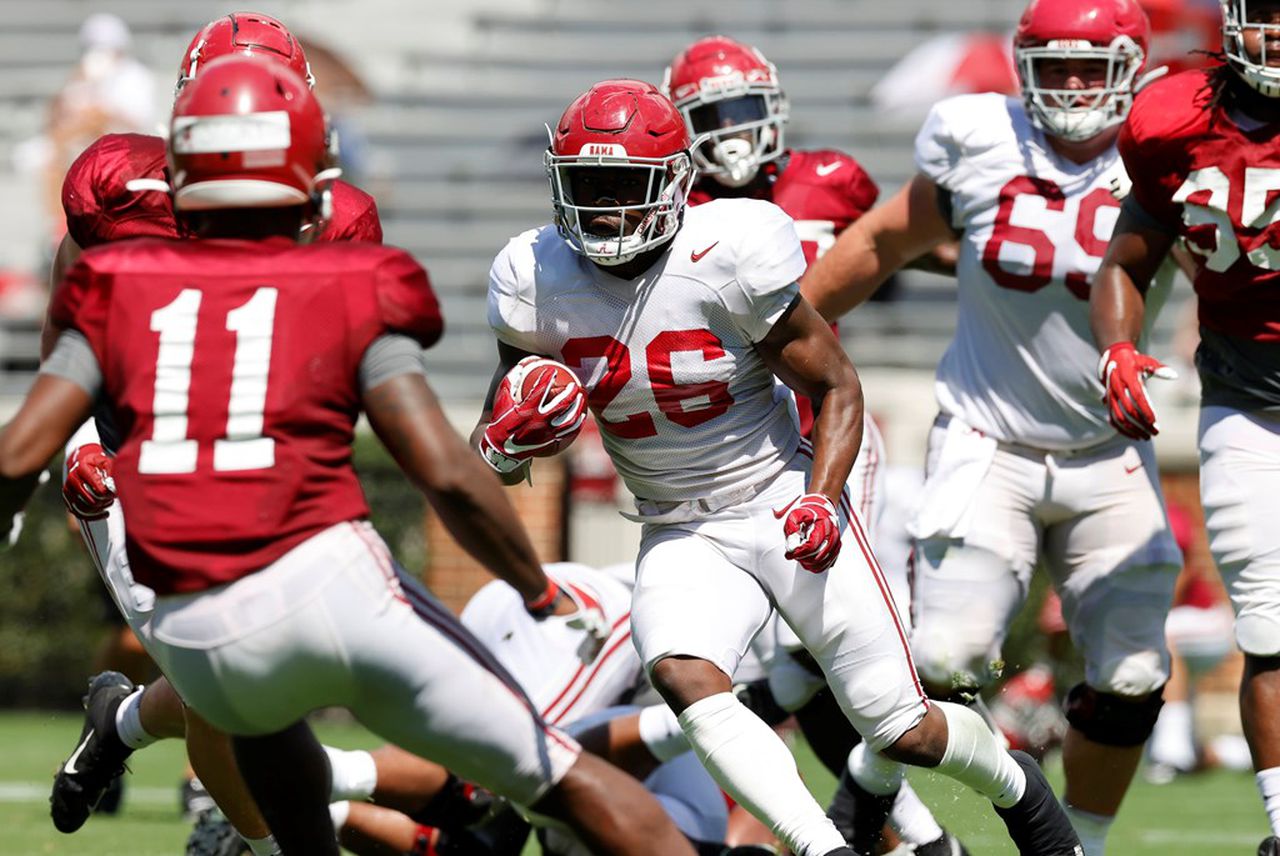 Alabama had its second president scrimmage on Saturday.

While Screamz was discontinued for media, here are some notes on Scrimage based on information received from AL.com sources:

– The response in relation to the quarterback was good. While there was an interception in Mack Jones who seems to have been responsible for safety Daniel Wright, word is that this was the second straight positive Saturday for Jones when the simulated game session of the Crimson Tide looked really strong during the sept. 5. Five-star freshman Bryce Young had a touchdown pass about 50 yards from his partner Fresh Javon Baker.

– The young running backs of Alabama did some good work, most notably newcomer Trey Sanders. The former five-star recruit had some stalemate moments. So is four-star freshman Jas McClellan.

– Left tackle Alex Leatherwood did not participate in scrimmage. With him, it seems that the primary first-team tackles were Evan Neil and Kendall Randolph.

– Five-star freshman outside linebacker Will Anderson continues to cause trouble for the Tide’s offensive lineman and is set to make a big impact this season. It is not a stretch to say that Anderson may already be one of Alabama’s best and most talented defensive players.

– It seems that freshman Malaki Moore got a start with the first team defense at the star / nickel back spot.

– As mentioned by Nick Saban, Will Reichard took 4 wickets for 5 runs on the field with his 55 runs.

Matt Zenitz is a senior SEC football reporter for the Alabama Media Group. Follow her on twitter @mzenitz.