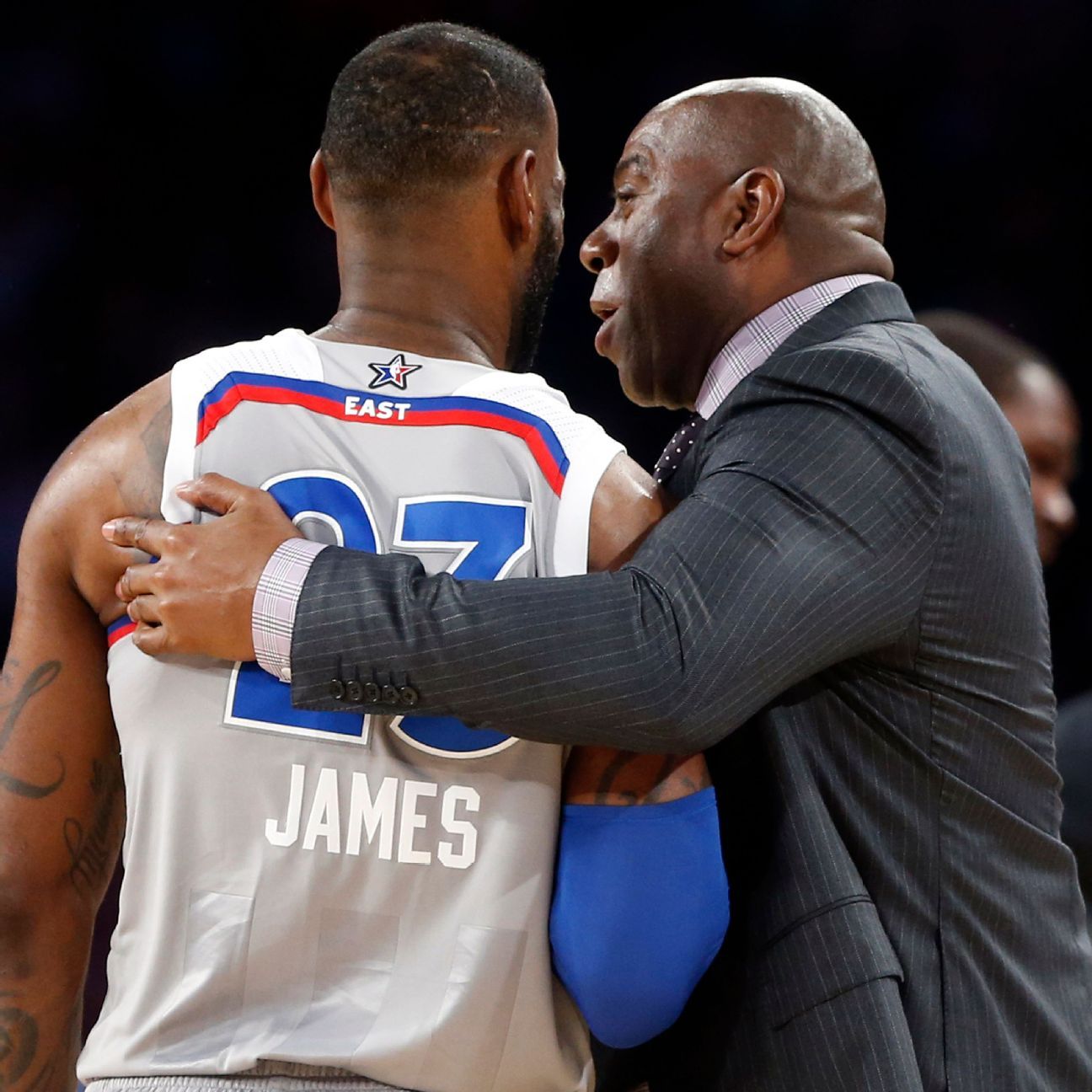 LeBron James was stunned and incredulous when he heard about the sudden resignation of Magic Johnson.

In his first public comments about Johnson surprising the Los Angeles Lakers organization when he resigned from the presidency of basketball operations just before the end of the Lakers' season on April 9, James said he was not warned or that I had taken note of Johnson's decision.

On his HBO show "The Shop," James said he was stretching before the game against Portland when he was told that Johnson had told the media his decision.

"Man, take off the face of my face! Bulls!" James said of his reaction when his old friend and business partner, Randy Mims, told him what Johnson had done. "I came here to be part of the Lakers organization that has a conversation with Magic."

Johnson was the only Lakers representative to meet with James at his home in Los Angeles on July 1 before James decided to join the Lakers.

Just a few days before Johnson surprised the Lakers and the NBA world with his abrupt decision, he and Lakers general manager Rob Pelinka met with James and James agent Rich Paul, reported Adrian Wojnarowski. of ESPN. Johnson did not give James any indication of his decision to come.

Lakers teammate Lonzo Ball, who was also in the episode with James, said his reaction was: "That's … crazy!"