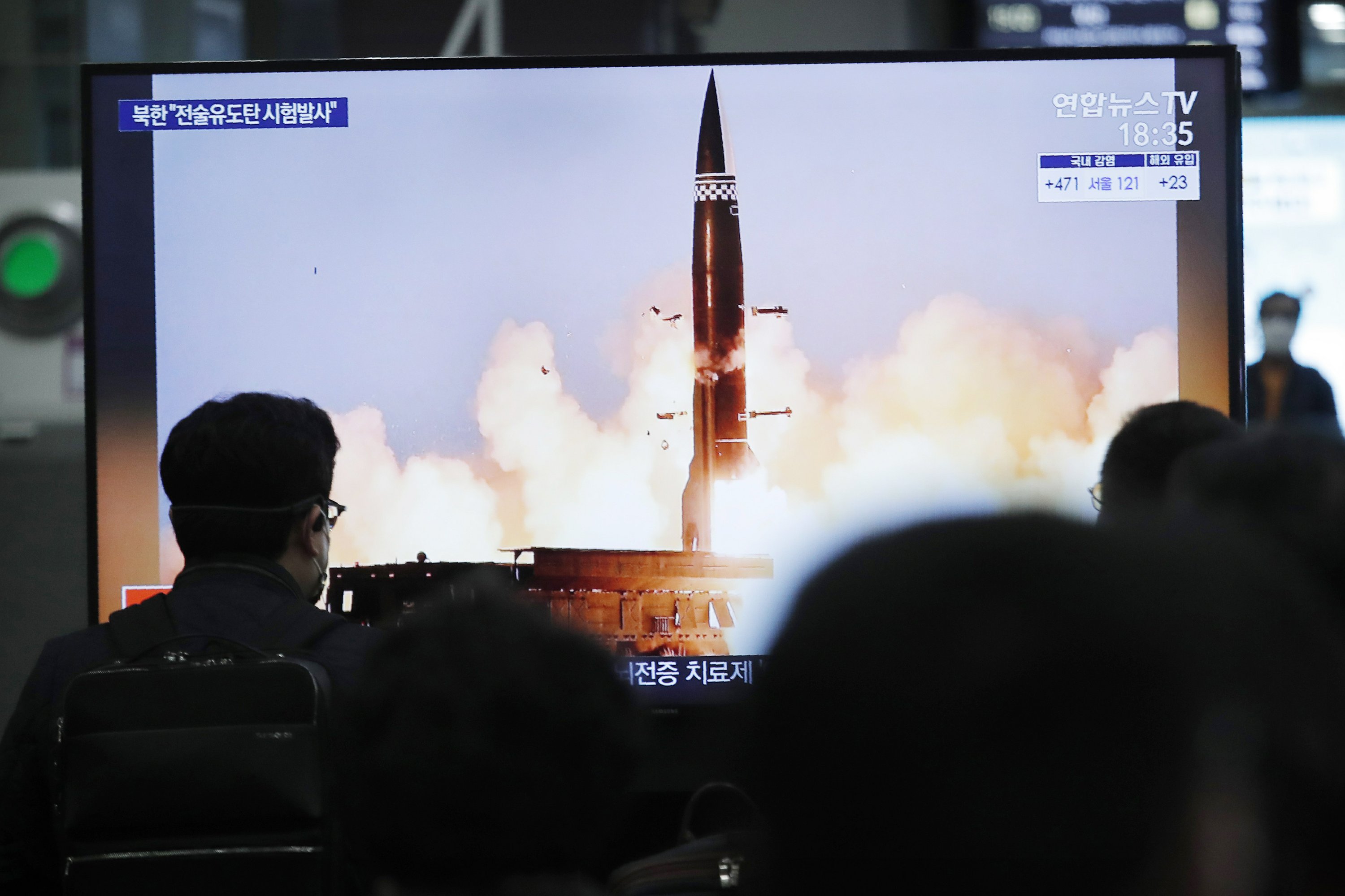 SEOUL, South Korea (AP) – By resuming its ballistic testing activity after a yearlong hiatus, North Korea has demonstrated a potentially nuclear weapon that shows how it continues to expand its military capabilities amid a stalemate in diplomacy with USA.

The two short-range missiles the North launched into the sea this week were its first significant provocation since the inauguration of President Joe Biden, who on Thursday gave a moderate response to the launches, saying that “there will be answers if they choose to escalate. “

Since a provocative run in North Korea’s nuclear and missile tests in 2016 and 2017, much of the United States’ focus has been on North Korea’s ICBMs that pose a direct threat to the American homeland.

North Korea’s state media said on Friday that the weapons it fired a day earlier from its east coast were a new type of “tactical guided missile” that borrowed core technology from an earlier system.

According to Korea’s Central News Agency, the new solid-fuel missiles, which are designed to be fired from ground vehicles, could be armed with warheads weighing up to 2.5 tons. During Thursday’s tests, the missiles demonstrated maneuverable low-altitude flight and accurately hit a marine target 600 kilometers (372 miles) away.

Analysts say North Korea likely tested an improved version of a system inspired by Russia’s Iskander mobile ballistic missiles. Their flatter trajectories compared to conventional ballistic weapons make them fly at an altitude where the air is dense enough to allow maneuverability. The unpredictability makes it more difficult to intercept them with missile defense systems, experts say.

The South Korean military took an unusually long time to publish its assessment of the launches on Thursday before it said hours later that the missiles traveled up to 450 kilometers (279 miles).

Kim Dong-yub, a professor at the Seoul University of North Korean Studies, said the discrepancy between the South and North Korean assessments possibly shows how difficult it is for radar systems to accurately track these missiles during the flight.

“Even if our military got it wrong, it doesn’t matter for now, as they could easily adjust their assessment after analyzing the satellite data,” said Kim, a former South Korean military officer. “But how are you going to do that in times of war?”

Whether the missiles travel 450 kilometers or 600 kilometers, that is more than enough range to hit any corner of the South Korean mainland. And experts say North Korea’s efforts to arm them with huge warheads indicate that they are being engineered for nuclear strikes.

The tests came after North Korean leader Kim Jong Un, during a ruling party congress in January, vowed to bolster his nuclear deterrence in the face of US-led sanctions and pressures and issued a comprehensive wish list of military hardware that it included new tactical nuclear weapons.

If North Korea successfully develops an operating system, these missiles will provide the ability to launch tactical nuclear strikes against military bases and other strategic targets in South Korea, said Yang Wook, a military expert who teaches at South Korea’s Hannam University. .

“We have long said that it would be difficult for North Korea to put nuclear warheads on (short-range) missiles if it fails to make them small and light enough,” Yang said. But North Korea would no longer have to do so if its missiles could reliably launch a 2.5-ton warhead, which Yang said would be more than three times heavier than most existing North Korean missile warheads.

Lee Choon Geun, a missile expert at the South Korean Institute of Science and Technology Policy, said the missiles would pose a great threat to South Korea even if armed in a conventional manner.

“A conventional 2.5 ton warhead would be enough to break deeply constructed bunkers,” he said. “That capability would also allow for something more powerful than tactical nuclear weapons, possibly thermonuclear devices.”

North Korea has a history of testing new American administrations with weapons demonstrations aimed at forcing the Americans back to the negotiating table.

So far, Kim Jong Un has nothing to show for his ambitious summits with former President Donald Trump, which collapsed in 2019 over disagreements over the exchange of the release of crippling US-led sanctions against North Korea and disarmament measures. from North Korea.

While Thursday’s launches were less provocative compared to the nuclear and ICBM tests in 2017 that inspired war fears before North Korea switched to diplomacy with the Trump administration in 2018, most experts say. that North Korea is likely to improve its testing activities.

North Korea made more than a dozen short-range launches amid stalled diplomacy in 2019 and 2020 when Trump dismissed the tests despite the threat they posed to South Korea and Japan. The United States stations a total of 80,000 troops in the two Asian countries, the core of the United States’ military presence in the Asia-Pacific region.

“These missiles are not a joke because it seems pretty clear that they aim to mount nuclear warheads” and evade missile defense systems, said Duyeon Kim, a senior analyst at the Washington-based Center for a New American Security.

He said the nature of these missiles would require the United States and South Korea to develop an effective response by returning to their normal scale and scope of joint military exercises, which have been scaled down under the Trump administration to allow for diplomacy.

AP writer Aamer Madhani contributed to the story from Washington.