North Korean diplomats leaving Malaysia after the breakdown of relations 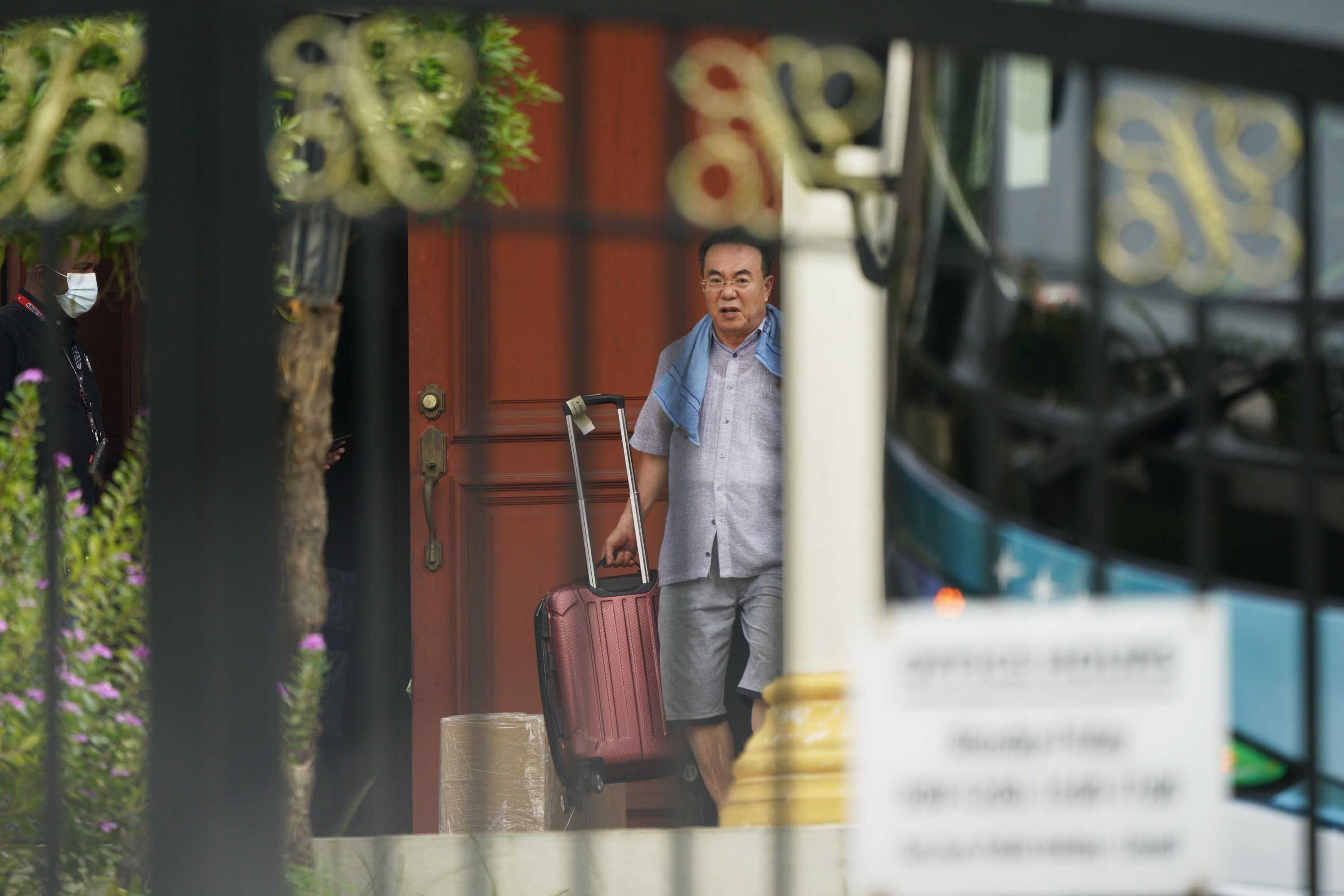 KUALA LUMPUR, Malaysia (AP) – North Korean diplomats left their embassy in Malaysia and were expelled on Sunday after the two nations cut diplomatic ties in a dispute over the extradition of a suspected North Korean criminal to the United States.

The North Korean flag and embassy signage were removed from the facility in a suburb of Kuala Lumpur. Two buses transported the diplomats and their families to the airport, where they were seen checking in for a flight to Shanghai.

“This action is a reminder that Malaysia will never tolerate any attempts to meddle in our internal and judicial affairs, will not respect our system of government and will constantly create unnecessary tension in defiance of the rules-based international order,” it said in a statement.

Ties between North Korea and Malaysia have been virtually frozen since the 2017 assassination of North Korean leader Kim Jong Un’s half-brother at Kuala Lumpur International Airport.

Two days after Kuala Lumpur extradited a North Korean to the United States to face money laundering charges, an angry North Korea announced on Friday that it was ending its relations with Malaysia. Malaysia denounced the decision and, in a tit-for-tat response, gave North Korean diplomats 48 hours to leave.

Kim Yu Song, the chargé d’affaires and councilor in Kuala Lumpur, said Malaysia had “committed an unforgivable crime.” Echoing Pyongyang’s earlier statement, he accused Malaysia of serving the United States and being part of an American conspiracy aimed at “isolating and suffocating” his country.

“The Malaysian authority finally handed over our citizen to the United States, thus destroying the foundations of bilateral relations based on respect for sovereignty,” he said in a brief statement in front of the embassy, ​​before heading to the airport.

North Korea has called the money laundering charges an “absurd fabrication and (a) pure plot” orchestrated by the United States and warned that Washington “will pay the due price.”

Some experts say cutting ties with Malaysia was North Korea’s way of showing anger at the administration of President Joe Biden, without jeopardizing an eventual return to nuclear negotiations with Washington.

North Korea has insisted that it will not enter into talks with Washington unless it abandons what Pyongyang perceives as a “hostile” policy. But experts say North Korea will eventually seek to return to diplomacy to find ways to ease sanctions and revive its moribund economy.

Malaysia has defended its decision to extradite Mun Chol Myong, saying it was carried out only after all legal processes were exhausted. A higher court ruled that Mun can be extradited after rejecting his appeal on the grounds that the US charges were politically motivated.

Mun, who lived in Malaysia for a decade and was arrested in May 2019, has denied US allegations that he was involved in supplying luxury goods from Singapore to North Korea in violation of UN sanctions while he worked in the city-state. He denied the laundering of funds through front companies and the issuance of fraudulent documents to support illicit shipments to his country.

North Korea has long used Malaysia as a crucial economic hub where it handled trade, labor exports, and some illicit businesses in Southeast Asia, but its relations suffered major setbacks from the assassination of Kim Jong Nam in 2017. .

Two women, one Indonesian and the other Vietnamese, were charged with collusion with four North Koreans to murder Kim Jong Nam by smearing a VX nerve agent on his face. The four North Koreans fled Malaysia the day Kim died. The two women were subsequently released after a trial.

Malaysian officials never officially accused North Korea of ​​being involved in Kim’s death, but prosecutors made it clear throughout the trial that they suspected a connection to North Korea.

North Korea denied that the victim was Kim Jong Nam and disputed that he played a role in the man’s death. North Korean observers have long believed that Kim Jong Un ordered his brother’s assassination as part of efforts to eliminate potential rivals and consolidate his grip on power.