North Korea: Kim Jong-un can be toppled from within by US – defector 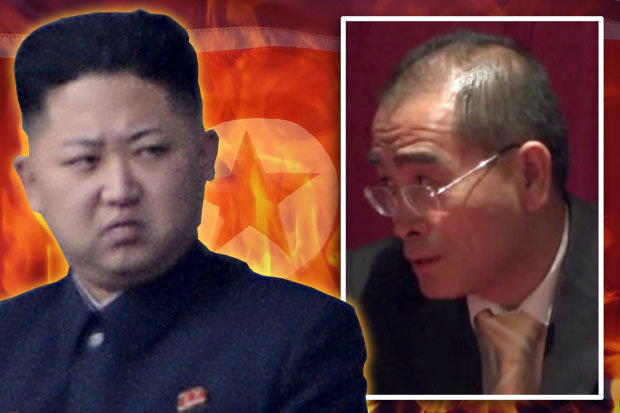 
DEFECTOR: Thae Yong-ho used to work in Kim’s London base before he fled to South Korea

Former deputy chief of the North Korean embbady in London, Thae Yong-ho, spoke out as he made his first visit to Washington.

Mr Thae fled the regime in 2016, becoming the highest level defection from Pyongyang in almost 20 years.

War fears have escalated with the rogue state since his defection as Kim is locked in a fiery war of words with US President Donald Trump.

The defector encouraged the US to attempt to bring down North Korea from within and sow the seeds for revolution – caliming Kim’s grip on the regime is weak.

Unrest is already brewing in North Korea amid reports of statues of Kims being placed under armed guard. 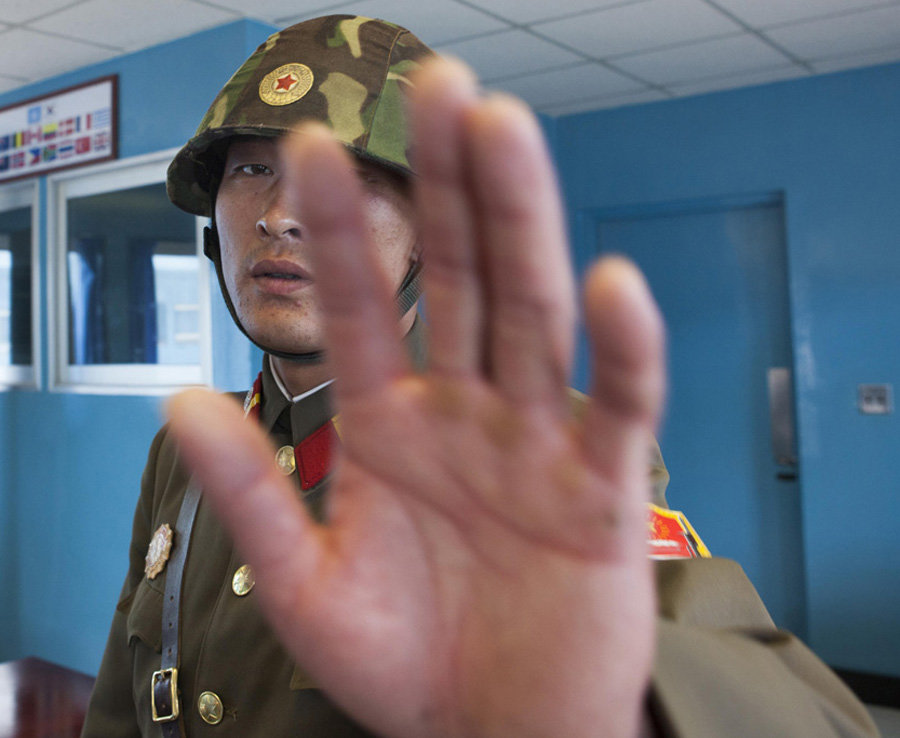 Taking pictures in the DMZ is easy, but if you come too close to the soldiers, they stop you

Mr Thae urged Trump to back down from military confrontation as US forces continue to flood into the Pacific.

He said information about their neighbours South Korea must be spread amongst the country to spread unrest to bring down Kim.

Kim murders and purges because due to paranoid fears over the safety of his rule, the defector said. 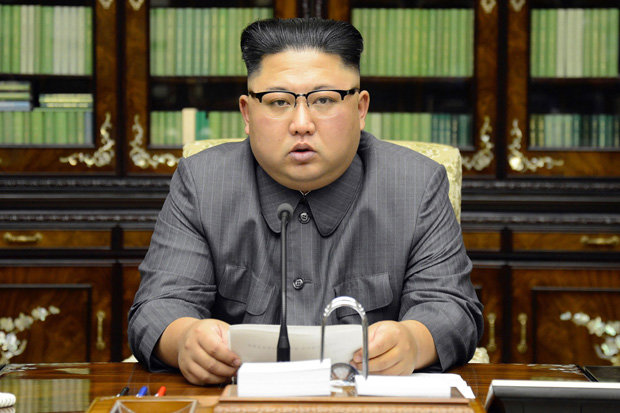 
OPPRESSION: Kim Jong-un maintains an iron grip on the people of North KOrea 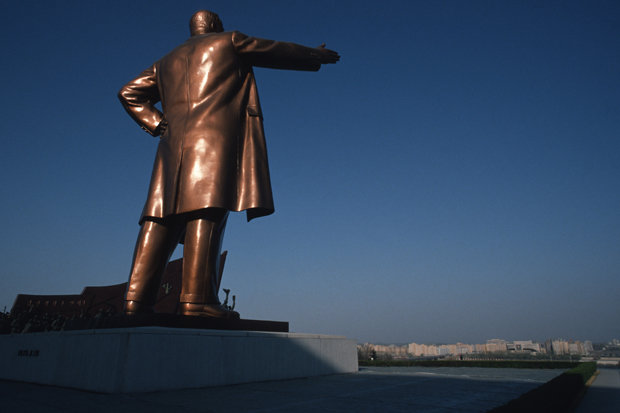 
JUCHE KOREA: Kim is the third of a dynasty that has ruled the North since the 1950s

Mr Thae said: “I strongly believe if we educate the North Korean population we can change North Korea.”

“You can’t change the reign of terror policy of the internal regime, but we can introduce the dissemination of outside information inside North Korea.”

He added Kim feels nervous due to his position as Kim Jong-il’s third son – after the now murdered Kim Jong-nam and the “effeminate” Kim Jong-chul. 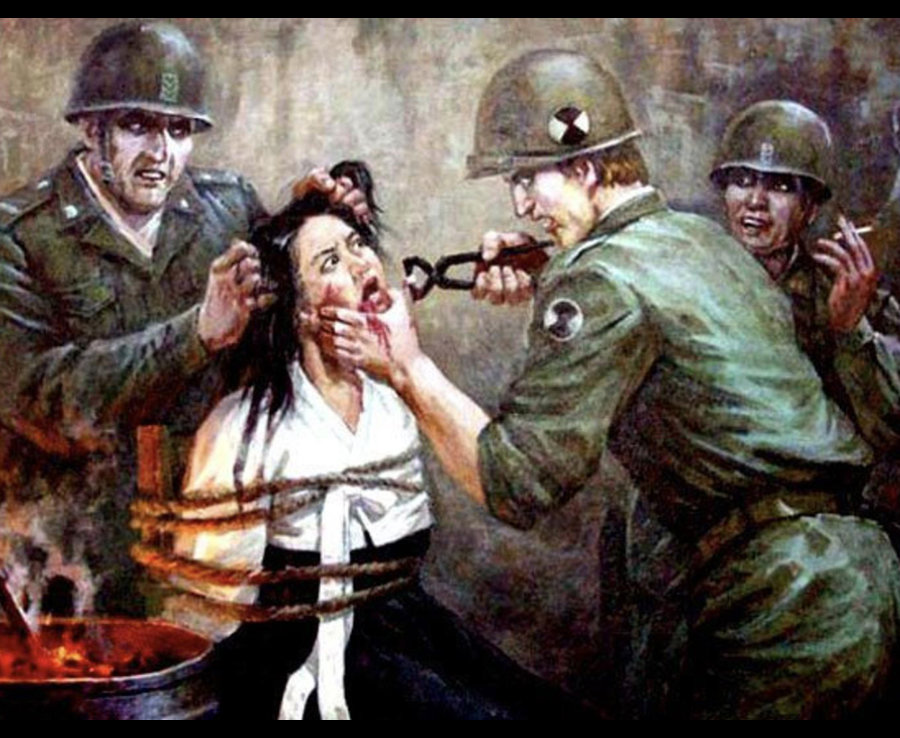 Secret SD cards filled with info on life outside the reclusive state are already being traded amongst North Koreans, Mr Thae revealed.

These are dubbed “nose cards” because they are stashed in people’s nostrils to avoid detection.

He said: “Whenever [Kim] watched senior leaders’ attitudes around him, he thought there was a feeling of superiority from the senior leaders because he was the third son” 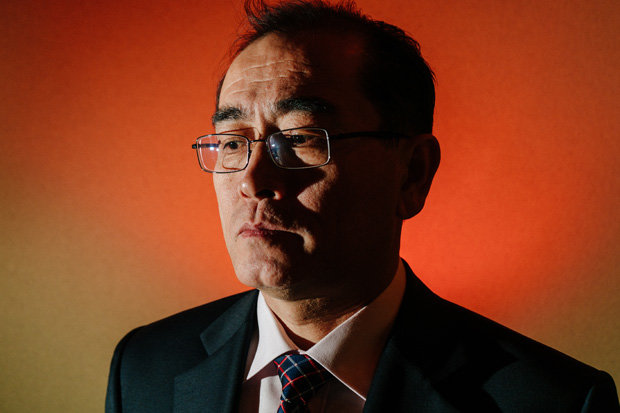 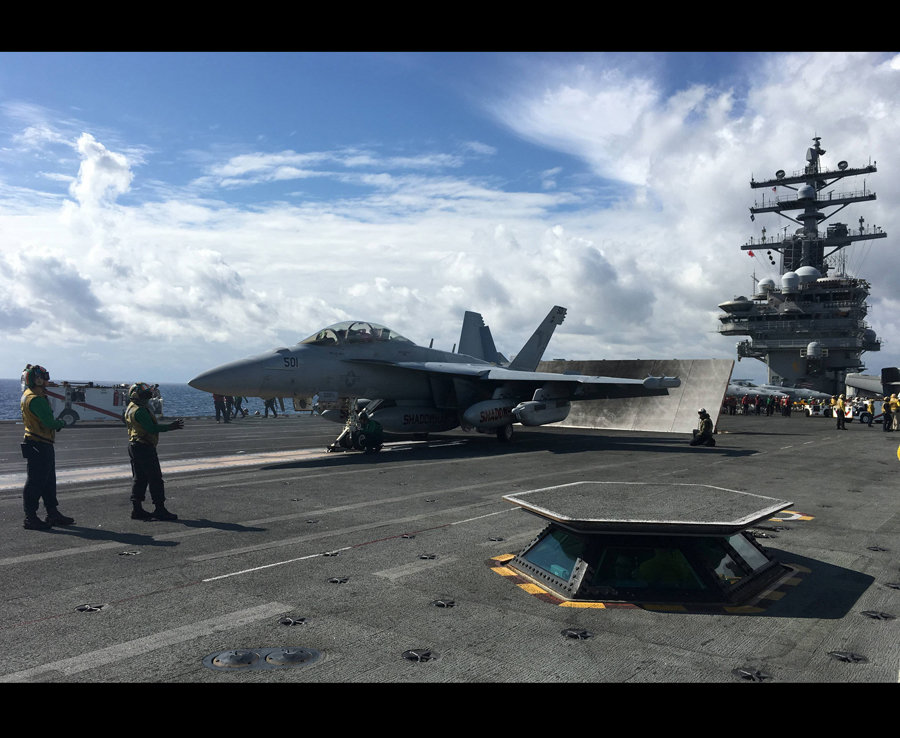 Mr Thae is in the US to give a speech to the House Foreign Affairs Committee on invite from a US Congressman Ed Royce.

His visit comes as tensions rise between Washington and Pyongyang ahead of Trump’s visit to Asia.

US officials fear Kim may fire his Juche Bird nuclear missile in an ultimate provocation that could start World War 3.