Nord Stream 2: Why Germany Can Pull Plug on Russian Pipeline 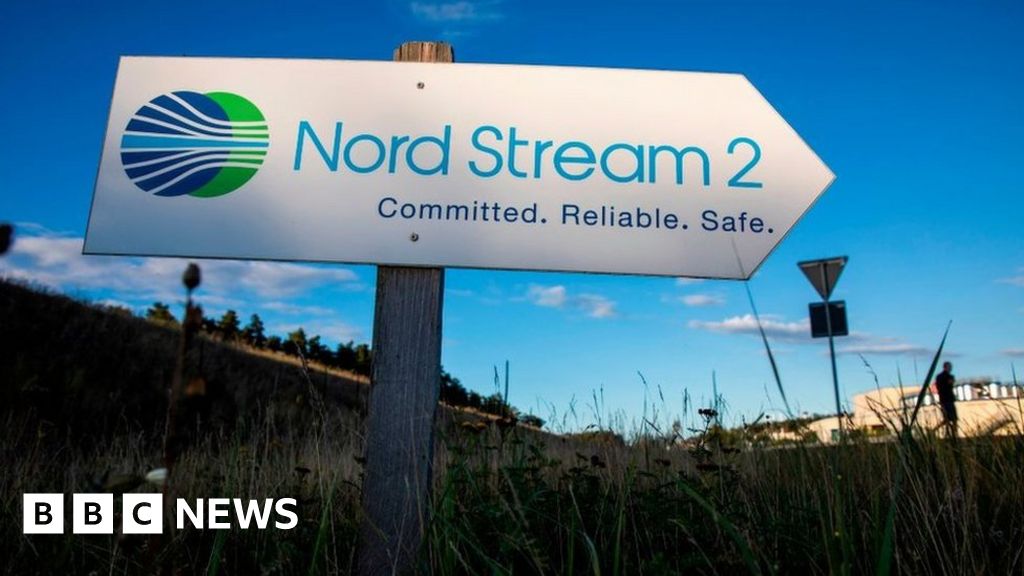 It was a short sentence in a German Sunday newspaper. But for the Nord Stream 2 gas pipeline, it was possibly as damaging as an earthquake.

German Foreign Minister Heiko Maas said, “I hope the Russians do not force us to change our position on Nord Stream 2,” as the row with Moscow intensified over the poisoning of Kremlin critic Aleksey Navalny.

The pipeline has always been controversial. It brings Russian gas directly to Germany under the Baltic Sea, which aims to provide cheap energy to the country as it stages nuclear and coal. But critics argue that it makes Germans very credible on energy from a politically unreliable partner.

The Foreign Minister called on Moscow to conduct a thorough investigation of the nerve agent attack on Mr. Navalny, who is being treated at a hospital in Berlin. Otherwise, he implied, excuse Nord Stream 2 was now an option.

After German doctors announced that Mr Navalny was coming out of his coma just hours earlier, Chancellor Angela Merkel indicated that he was also ready to reconsider his support for the pipeline.

“The German Chancellor agrees with the foreign minister’s weekend comments,” a spokesman for Angela Merkel said on Monday.

Until this week the German government had an official line that the pipeline should be seen as a separate issue from the poisoning of Russia’s most prominent opposition leader.

But these latest comments suggest a sudden hardening of attitudes towards Nord Stream 2 in Berlin. For the first time since construction began nearly a decade ago, the future of the pipeline appears to be in danger.

Not that Mrs. Merkel and her conservative party were enthusiastic cheerleaders of the pipeline. He inherited it from his predecessor, center-left ex-Chancellor Gerhard Schroder.

Mr. Schröder enjoys a backslapping bromance with Russian President Vladimir Putin, which he has famously described as “through and through” democracy. And after leaving the post, he sparked outrage in Germany when he held several lucrative positions at Russian energy companies, including Nord Stream’s Supervisory Board.

Mr. Schroder is often accused of being a Putin campaigner. Typically, he is an energetic voice on Russian-German relations and a vigorous defender of the pipeline. But in the last few days he has become completely calm.

Could it be stopped?

Chancellor Merkel’s government is facing increasing criticism from European partners, who say the pipeline makes Germany dependent on gas from a politically untrustworthy country. The US is particularly vocal, and is threatening sanctions against European companies involved in the project.

Now, a ferocious debate about the future of Nord Stream 2 in Germany has sparked naval venom. Some upper-class conservatives and Green Party politicians have been called upon to remove the pipeline.

Proponents say that pulling the plug would damage Europe’s reputation as a stable place for investment and raise prices for consumers. They also say that running the ax from the pipeline will still leave the problem where Germany can get its energy.

Ironically, one reason many Germans support the pipeline is because its greatest critic is US President Donald Trump. They are disliked in Germany and their rants against the pipeline only serve to increase its popularity.

Many voters suspect that he wants it to be scrapped to sell American fuel to Germany instead. Mrs. Merkel must avoid the notion that she is giving in under pressure from Mr. Trump.

Anyhow, if Germany was responsible for the failure of the Nord Stream, Berlin could be liable for heavy losses.

This is why American and European opposition to the Nord Stream can suddenly become quite useful for the Merkel government. So far, Berlin has fought US and European efforts to scoop the project with sanctions or EU regulations.

If Angela Merkel decides to abandon the project, the cheapest strategy for Germany may simply be to quietly withdraw its support, let American and EU critics of the pipeline kill the project, and possibly even pay the bill.