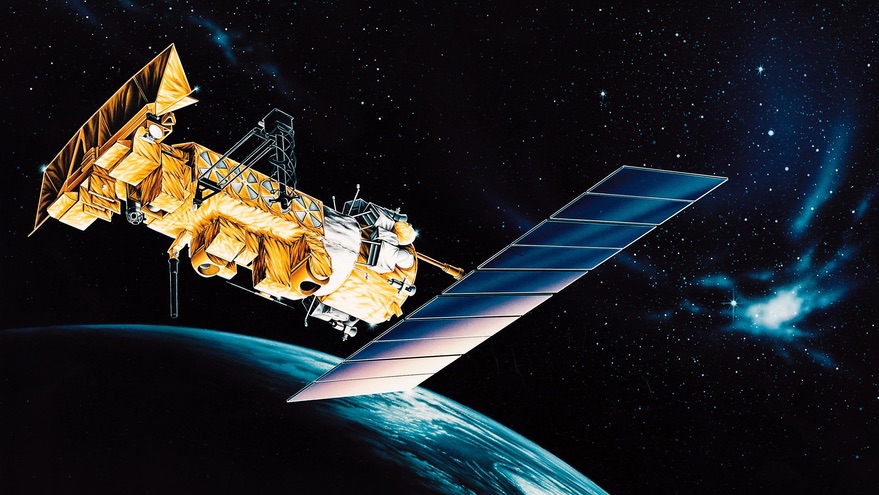 WASHINGTON – A polar-orbiting weather satellite that was decommissioned nearly eight years ago has broken down, adding to the growing debris population in a key orbit.

On March 18, the Space Force’s Space Control Squadron said on March 18 that the NOAA-17 satellite was confirmed to have broken on March 10. The squad said it was tracking 16 pieces of debris associated with the satellite, and that there was no evidence that the rupture was caused by a collision.

In a statement sent to SpaceNews on March 19, the National Oceanic and Atmospheric Administration confirmed that the satellite had broken down, having been notified of the incident by NASA’s Orbital Debris Program Office. “At this time, the debris poses little threat to the International Space Station or any other critical space asset,” stated NOAA.

The spacecraft, originally designated NOAA-M, was launched in June 2002. The spacecraft was designed to operate for three years, but served in a primary or backup role for nearly 11 years until NOAA formally decommissioned it in April. of 2013.

Neither NOAA nor other agencies disclosed the cause of the breakdown. However, NOAA-17 is similar to other polar-orbiting satellites that suffered ruptures. In November 2015, the NOAA-15 satellite broke down, almost a year and a half after a “critical anomaly” ended its operations. Two satellites of the Air Force’s Defense Meteorological Satellite Program, DMSP F-13 and DMSP F-12, broke in February 2015 and October 2016, respectively.

The DMSP F-13 failure was attributed to a design flaw in the satellite battery that is also found in other DMSP satellites. Those satellites, along with NOAA-15 and NOAA-17, were built by Lockheed Martin.

When NOAA decommissioned NOAA-17 in 2013, the agency said it performed a “deactivation process” with the spacecraft. In a statement to SpaceNews, NOAA said the process included disconnecting the spacecraft’s batteries, as well as opening the propulsion valves and turning off its transmitters. “These steps were taken to ensure that the satellite was as inert as possible and to minimize the risk of radio frequency interference with other spacecraft after decommissioning,” stated NOAA.

Those activities are among the federal government’s recommendations to passivate spacecraft at the end of their lives, eliminating sources of energy that could cause explosions. “All sources of energy stored aboard a spacecraft or higher stage must be depleted or protected when they are no longer needed for mission operations or post-emission disposal,” states the Waste Mitigation Standard Practices document. US government orbitals.

The fact that a satellite can still break even after following those best practices shows the limits of those guidelines. “I have no doubt that NOAA did what it could, and I think this is more of a case of a legacy satellite that was designed in an era before we really cared a lot about debris mitigation,” said Brian Weeden, planning director for programs at Secure World Foundation.

While NOAA said the satellite is not a threat to the space station or “other critical space assets,” it is in a synchronous orbit with the sun used by other Earth and weather observing spacecraft.

Some of those satellites are not only threatened by that debris, but they also pose a threat to create more debris. Weeden pointed to a NASA inspector general report in January that found that two NASA missions in polar orbits, QuikSCAT and Terra, not only did not meet the 25-year threshold for exorbitant spacecraft after the end of their missions, they also represent an explosion hazard. due to batteries that cannot be disconnected or propellant tanks that cannot be depressurized.

That report concluded that “mitigation only” activities to prevent the creation of new orbital debris were not sufficient to keep the space environment stable. “Rather, to effectively address the orbital debris problem, global mitigation and strategic remediation efforts are needed,” the report concluded, recommending that NASA support active debris removal efforts, including financing technologies to enable such systems.

Weeden agreed. “I hope this serves as yet another example of why the United States and other governments need to invest in active debris removal capabilities to take legacy satellites that were never designed to meet debris mitigation guidelines and take them out of orbit.” .