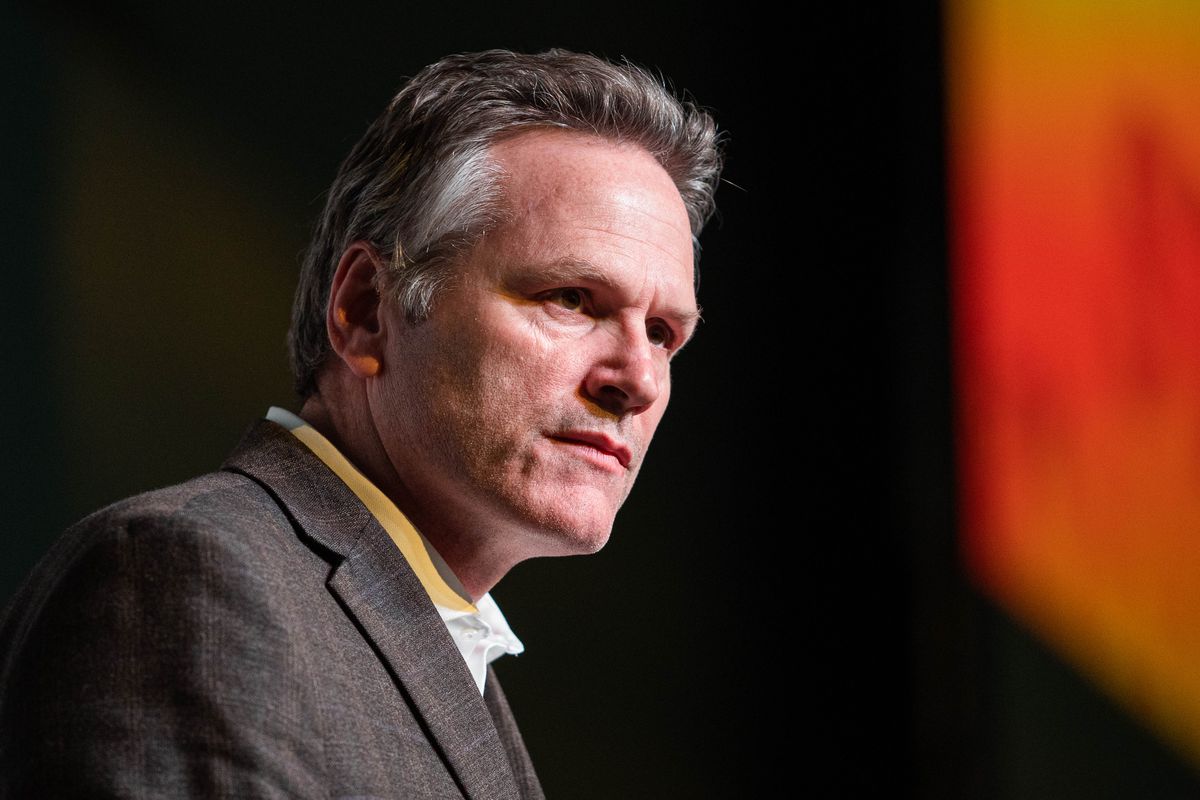 JUNEAU – In a recent radio interview, Alaska Governor Mike Dunleavy said he will not pass new taxes without a state vote on one of his proposed constitutional amendments.

Barring sharp increases in the price of oil, the elimination of the Permanent Fund dividend or unprecedented cuts in state services, Dunleavy’s position means at least two more years of deficit spending by the state.

“If fiscal changes are not implemented before the constitutional amendment, then yes, the deficit will continue for a few years,” said Corey Allen Young, a spokesman for the governor.

“We know and recognize that the time to implement the required significant structural change will take time,” Young said. “There is no way to eliminate the deficit completely in a single year.”

On Tuesday, the Alaska Senate Committee on State Affairs approved three constitutional amendments proposed by the governor, but committee chairman Mike Shower, R-Wasilla, said all three have a long way to go. To go into effect, each must be considered by multiple committees in the House and Senate and must receive supermajority votes in both halves of the Legislature before facing a ratification vote in the next state general election.

Dunleavy’s statement on Thursday was at odds with a 10-year fiscal plan released late last year by the governor’s own Office of Management and Budget. That plan requires $ 1.2 billion from “other sources of revenue” to balance the budget starting next year.

With Alaska’s available savings accounts almost completely depleted, state deficits can be covered with additional money from the Alaska Permanent Fund. His earnings already represent more than 70% of the state’s annual revenue.

Increasing the collection of the Permanent Fund will reduce the amount of money available for services and dividends in the future, and Alaska Permanent Fund Director Angela Rodell told the House Finance Committee Tuesday that the corporation does not recommend exceeding a limit. of approved sustainable spending. in 2018.

• The first amendment would require a statewide vote before any tax increase becomes law.

• The second would toughen the state’s current spending limit.

• The third party would alter the traditional formula for the payment of the Permanent Fund dividend and would establish the dividend in the Constitution.

This year, the traditional formula would result in a payment of around $ 3,170 per person. The new formula would pay about $ 2,380, based on 630,000 applicants and the next scheduled transfer from the Permanent Fund.

Shower said the amendments are possible in the Senate Judiciary Committee, the next panel scheduled to examine the ideas.

Two years ago, when Dunleavy proposed similar amendments, the Shower committee received a tsunami of public testimony. This time, there were fewer than 10 people who called for each proposal, despite announcements from the governor and lawmakers on the committee.

“I think with everything else going on, he got lost in the confusion,” Shower said during a lull in the committee process.

“Seven people thought it was important to testify, it’s crazy,” said Senator Scott Kawasaki, a Democrat from Fairbanks and a minority committee member.