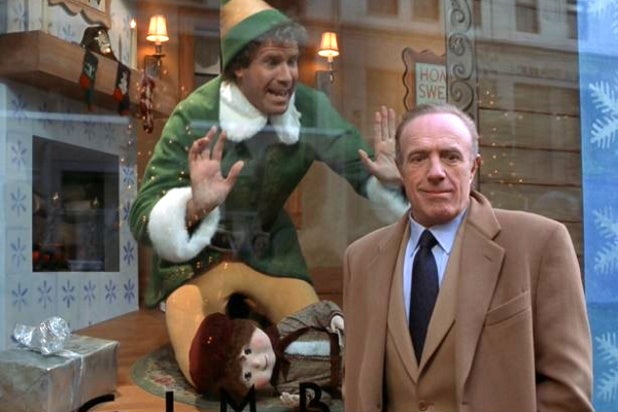 James Kahn says the hit Christmas fantasy-comedy “Elf” will not be a sequel because headliner Will Ferrell and director John Favreau “did not get along.”

“” We were going to do it and I thought, ‘Oh my God, I finally got a franchise movie, I could make some money, let my kids do what they want to do.’ And the director won’t get along very well, “Caine told Cleveland’s 92.3 The Fan’s Bull and Fox Show on Friday. “So, Will wanted to do this, he didn’t want a director, and he was under his contract, it was one of those things.”

The Farrell Holiday film, first released in 2003, focused on Buddy (Farrell), who was adopted by a human and adopted by Santa’s calves. Buddy learns of this and in the process goes to New York City to meet his biological father (Cain), cheering Christmas in the world of slanders. “Elf” also starred Zooey Deschenal, Mary Steinbergen, Daniel Ty, Bob Newhart and Ed Asner.

Made on a budget of just $ 33 million, the film was a box office hit and grossed $ 220.4 million at the World Wide Box Office. “Elf” is considered one of the greatest Christmas movies and in 2017, Fandango users rated “Elf” as the best Christmas film of the 21st century.