NJ Weather: A winter storm can dump up to 1 feet of snow. Updates on time, track, forecast map. 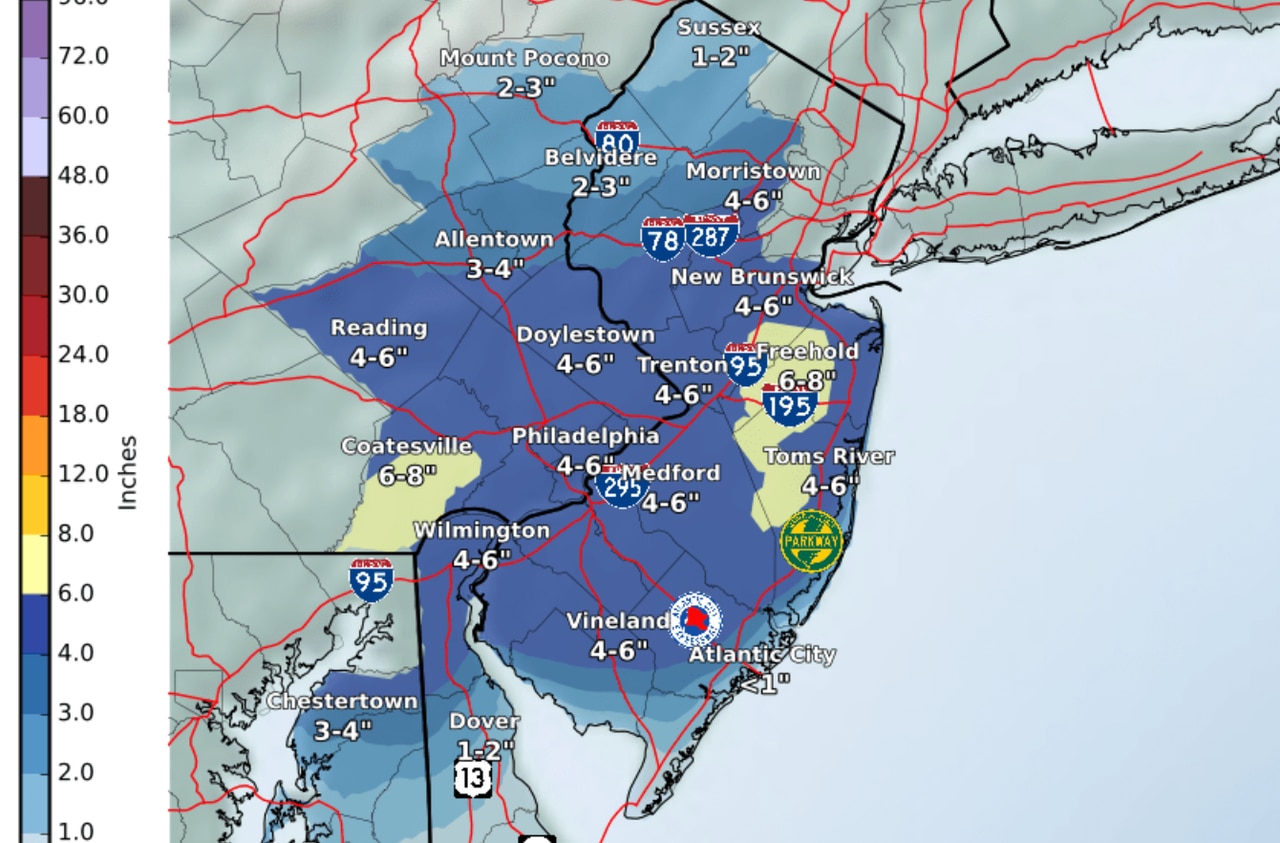 New Jersey will get a double shot of the winter season over the next several days – the coldest conditions in months on Friday and then neither snowfall for a possible long-term starting Sunday and up to 8 inches of snow. State by Monday evening according to the National Weather Service.

While AccuWeather.com said that the storm could deliver as much as a foot of snow in parts of New Jersey, by the time it sets out on Tuesday, the National Weather Service’s first estimate will only run until 7 a.m. Monday is. The storm is expected to increase from Tuesday morning, so the next forecast update from the weather service should allow for a more complete snowfall.

The current outlook from the Weather Service’s New Jersey office is expected to give most people in the state 4 to 6 inches with pockets in southern Middlesex, western Monmouth and western Ocean counties.

A generally northwest hit New Jersey appears with 1 to 3 inches as of Monday evening, with rainfall mainly in the Atlantic and Cape May coastal areas.

Akewether’s snowfall forecast map, however, shows North Jersey at 6 to 12 inches, 3 to 6 inches along the I-95 corridor. Both forecasts are still a few days out with the storm taking into account the uncertainty in the amount of snowfall. Forecasters again noted that a change in the track of the storm would affect where the rain / snow line would be established.

Snow should start falling lightly on Sunday afternoon and evening – less than an inch of rain is expected before midnight. The meteorological department expected two low-pressure systems to come off the coast on Monday rather than the moderate to heavy rain that lasted overnight.

Strong winds will also be a factor during this storm, stating that an advisory may be issued for the coastal region.

Meanwhile, New Jersey will deal with a sunny, frosty Friday. Wind chill values ​​are in single digits until 7 am and don’t climb much during the day – temps will make it into the 20s but wind gusts running at 35 to 45 mph will make it feel quite cold.

An air advisory has been issued for the Bergen, Essex, Pesic, Union and Hudson counties by the New York office of the National Weather Service until 4pm Friday.

Temperatures will dip into single digits in the northwestern regions on Friday night and only a few degrees warmer elsewhere.

Saturday will be sunny and cold again, although the winds will reduce considerably and it will not feel as cold. The high will again only be in the 20s.