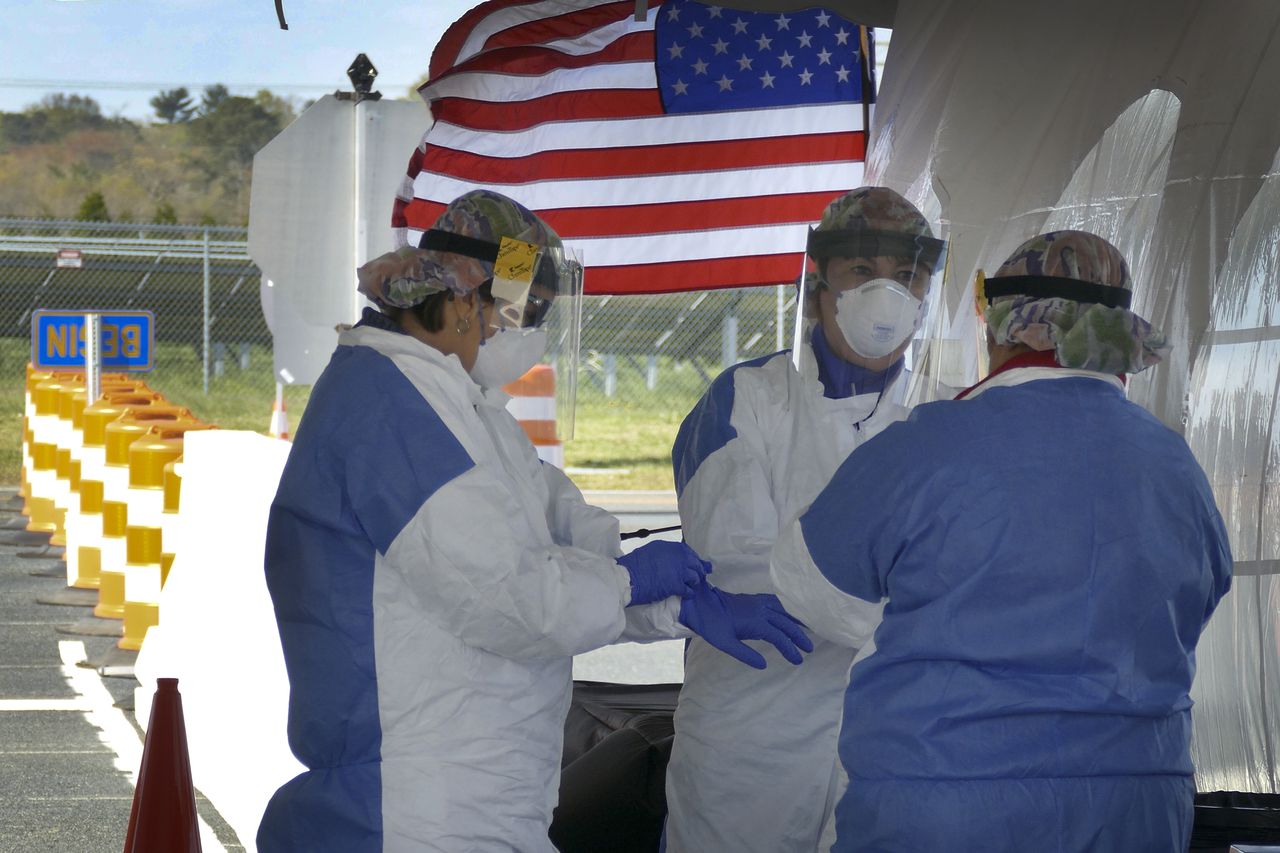 For the second consecutive day, New Jersey hit a record number of new doronovirus cases, with 4,540 new cases reported on Sunday. There were also an additional 18 deaths.

During the height of the first wave of the epidemic, both Saturday and Sunday saw the number of new cases seen in April higher than in April.

“As we begin the holiday season, plan accordingly and take into account social disturbances and safety,” Murphy said. “We want to double our efforts and crush the curve like we did last spring. Our life really depends on it.”

However, it is difficult to directly compare cases from April until now because very few trials were being conducted in the spring when supplies and testing sites were more limited. It is likely that the virus was more virulent in April.

Prior to this weekend, a one-day high for positive testing was 4,391 on April 17, when New Jersey reached the peak of the first wave of outbreaks. However, tests were in short supply at the time. Its testing capacity has doubled since spring in the state.

Health officials said it is possible that the current number is 10 to 20% higher than reported by the state, as rapid tests are not included in the daily report.

As the second wave takes hold, some restrictions have been re-enacted after being lifted in the summer.

The restaurant and bar have been ordered to close indoor dining until 10pm and the governor has signed an executive order this week that allows towns to shut down unprofessional businesses by 8pm.

The governors of Murphy and five other northeastern states are meeting this weekend to discuss the coordination of new sanctions to address the spike in COVID-19 cases. Virtual Summit attendees include governors of New York, Connecticut, Pennsylvania, Massachusetts, and Vermont.

While there was a new increase in cases on Sunday, in mid-April, where more than 400 people were dying every day in the state, deaths are still well below.

One reason for this is that hospitals have improved treatment for COVID-19, health officials have said. Hospitals are not as crowded as they were in spring, although those numbers are rising again.

State data shows that 2,004 people with coronovirus are currently hospitalized, with 135 people on ventilator. The number of hospitals is the highest since June 2.

During the peak of the first wave in April, more than 8,000 people from New Jersey were fighting the virus.

Statewide transmission rate increased to 1.38 – When it was above 5 at the end of March, it was still very low, but still the highest after summer. Any rate above 1 means an outbreak.

The Hudson County-led North Jersey counties are registering the most new cases, with 413 new cases reported on Saturday. The Camden and Bergen counties recorded 400 and 397 new cases respectively. At least 100 new cases occurred in all but six counties.

COVID-19 cases are increasing across the country. The US recorded more than 180,000 new cases on Friday, the largest number of new daily cases seen during the epidemic. Around 1,400 people died of the nationwide virus on Friday.

On Sunday, 2,004 patients were confirmed in hospitals or feared to have COVID-19 from Saturday to 4.

New Jersey has 392 people in intensive care (over 22 on Saturdays) and 135 people on ventilators (one person since Saturday).

The state said that 231 COVID-19 patients were discharged from the hospital on Saturday.

Over time, this means that the virus is growing among the population.

State officials said that since the beginning of the school year, at least 193 New Jersey students and teachers have contracted COVID-19 or given it to someone else while in the classroom, walking around their schools, or additional activities Want to participate in, state officials said.

The 193 cases were part of 51 confirmed school outbreaks that concluded local health screening was the result of students and teachers catching coronaviruses in the school.

According to an ongoing rally by Johns Hopkins University, as of Saturday afternoon, there have been more than 54 million positive COVID-19 tests worldwide. More than 1.3 million people have died of coronavirus-related complications.

The United States has the highest number of positive tests in the world, with 10.9 million and the most deaths over 245,600.

Katie Kosch can be reached at [email protected] Tell us your coronovirus story or send a tip here.