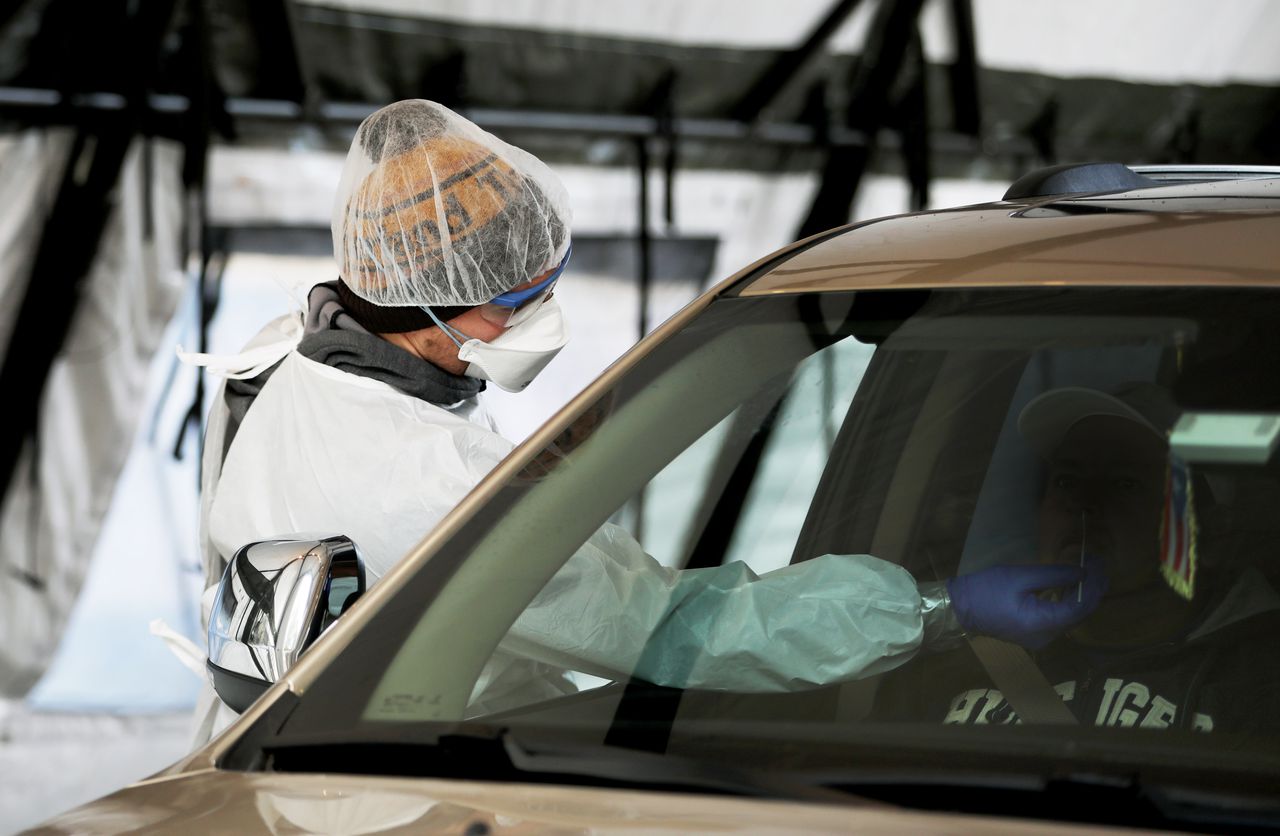 New Jersey health officials on Wednesday reported 4,350 new cases of coronovirus and 56 more deaths during hospitalization in the state.

And although the rate of transmission of the virus has ticked down slightly, the spread of the virus continues in the state. The current statewide broadcast of New Jersey is 1.08, down from 1.1 on Tuesday. The positivity rate for all Sunday tests was 13.68%.

Gov. Phil Murphy stressed Wednesday that “the numbers in our hospitals tell us how this virus is growing.”

Health officials have said that the increase in COVID-19 patients has been part of the reason that hospitals have moved into divert status, meaning that either the entire hospital or an entity cannot temporarily accept new patients, And those patients are referred to other medical centers.

The state of 9 million residents has also reported 17,145 deaths from virus-related complications in that time – 15,309 confirmed and 1,836 considered probable.

Thanksgiving and holiday can produce high and low individual days due to positive tests and deaths. Daily numbers are expected to fluctuate this week due to declining daily test results. The state had 3,199 positive tests and 15 deaths on Monday, and 90 deaths in 4,661 tests on Tuesday.

According to health officials, reports of deaths between Tuesday – November 12 and Monday were the most confirmed in a day since June 13.

In addition, positive test totals during the second wave are harder than in the first months of the outbreak when testing was rare and the extent of infection was less likely. New Jersey is also not publicly reporting results from rapid trials that have been posted to hot spots.

There were 3,287 patients with confirmed or suspected COVID-19 cases on Tuesday night (158 more than the previous day) in 71 hospitals in New Jersey.

The state’s health department revised its hospital data Sunday night. On Monday, the state dashboard revealed that 2,961 people were hospitalized Sunday night. As of Tuesday, it was shown that there were 3,057 patients that evening – for the first time since May 20, the number of people hospitalized was more than 3,000.

The hospital climbed steadily for three weeks before declining slightly around Thanksgiving. The totals are still low in more than 8,000 patients during the initial peak of the outbreak in mid-April.

As of Tuesday night, 599 people hospitalized were in critical or intensive care (two fewer than the previous night, including 354 on ventilators (five fewer).

According to the dashboard, 367 coronavirus patients were discharged from hospitals on Sunday.

Although hundreds of school districts have declared coronovirus cases and dozens of New Jersey schools have temporarily switched to all remote classrooms since the beginning of the school year, state health officials said 66 schools have reported COVID-19 Outbreaks have been confirmed.

Since the beginning of the school year, a total of 269 cases of school broadcasting have been reported in those 66 schools.

Those numbers do not include students or employees who are believed to have been infected outside of school, or cases that are outbreaks at school.

At least 7,291 deaths of the state’s COVID-19 have occurred among residents and staff members at nursing homes and other long-term care facilities. In recent weeks, this number has been increasing again.

According to an ongoing rally by Johns Hopkins University, as of Wednesday there have been more than 64 million positive COVID-19 tests worldwide. More than 1.48 million people have died from coronavirus-related complications.